You can be the lead in your own life. – Kerry Washington 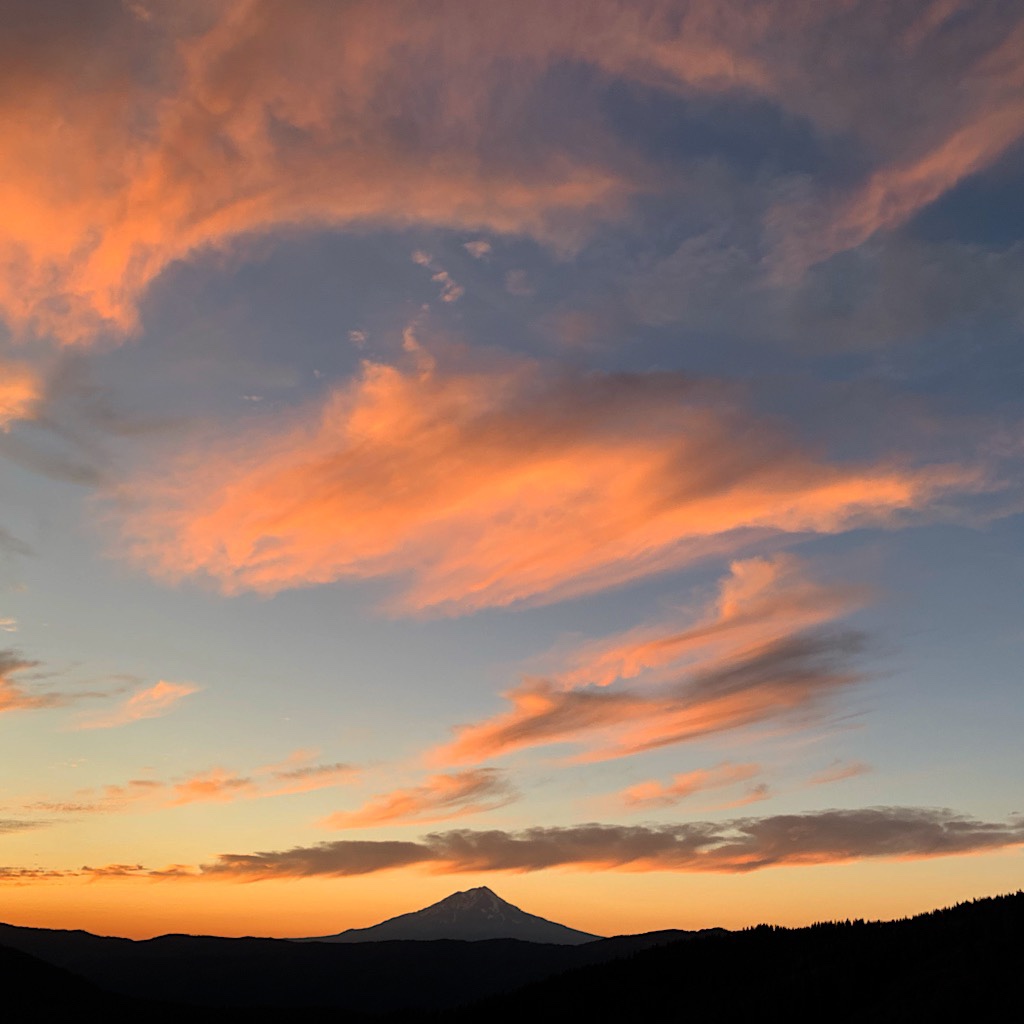 Klaus tells me he ordered this sunrise, now turning everything orange. What a perfect spot on the shoulder of a dirt road. Mine was flat and cozy, though my tent is soaking wet from the dew. We were warned the deer visit, but no one came, just the way I like it.

Klaus is anxious to get his day started before the sun comes up. I hang around and make chococoffee, so happy Pilot returned my sit pad. I was given it by a ranger at a state park in North Dakota and I use it on every hike keeping at least my bottom dry and dirt-free. Klaus and I match pretty well. He makes his food from the vestibule, so I still feel some solitude. He also tries to average 20 miles per day to get to the Sierra before October. Sixteen two days ago, 24 yesterday adds up to 40, so it all shakes out. 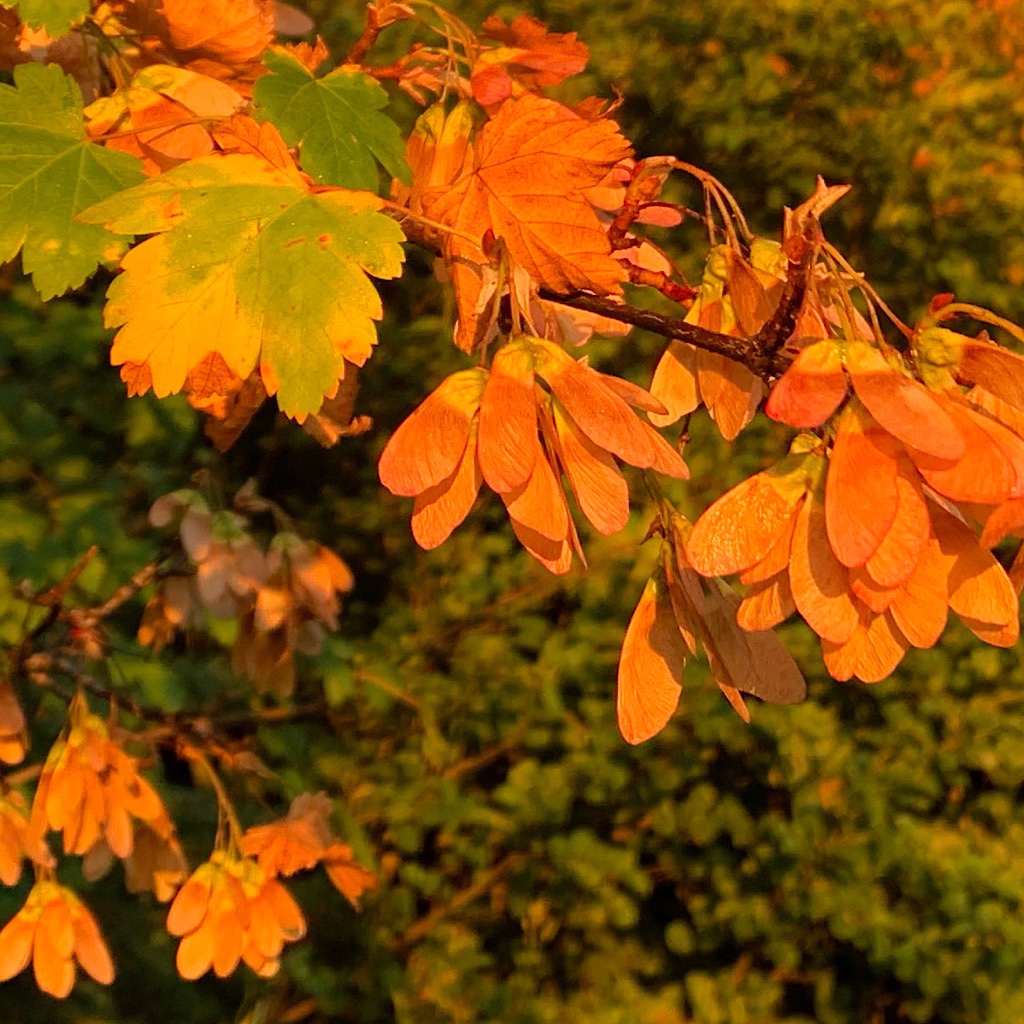 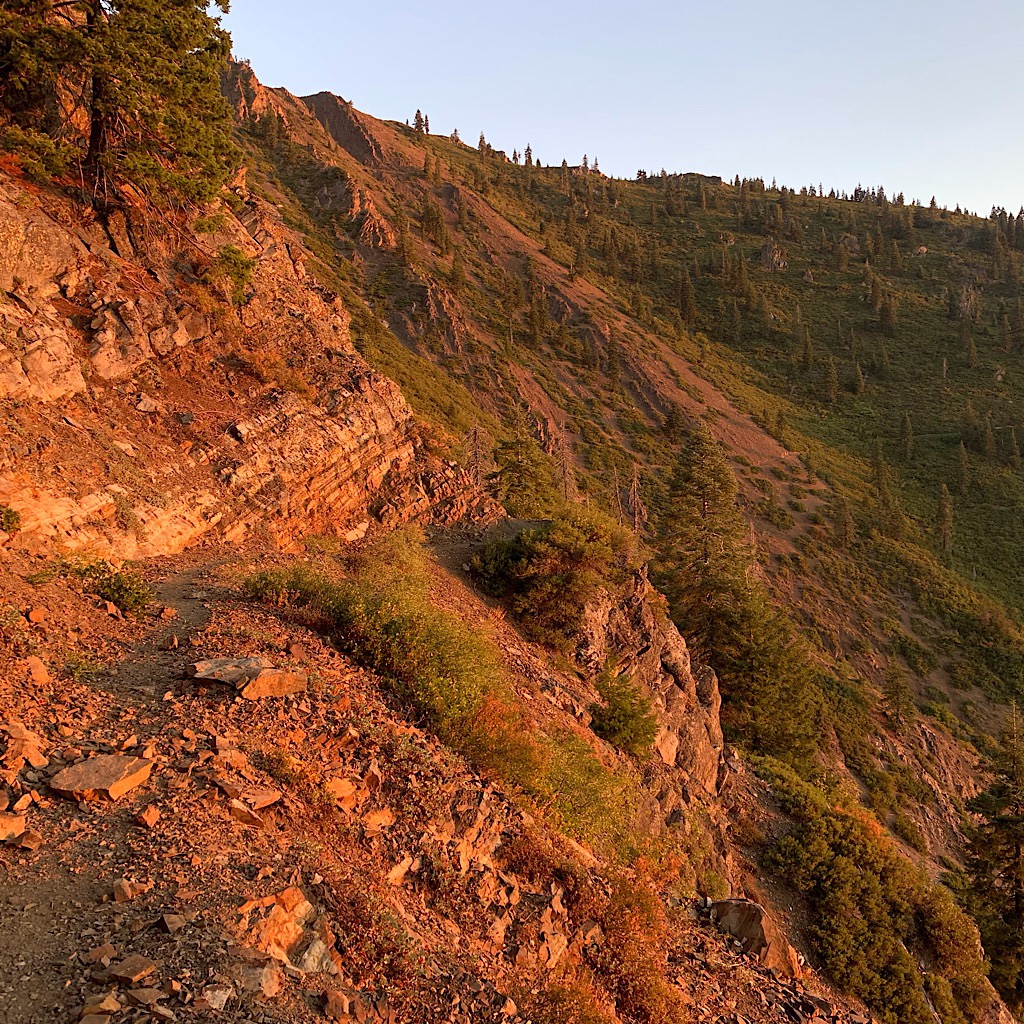 I think today will be deep in the woods like yesterday, but I am wrong. That was just a way to get us up and out of the river valley. Now, we stay high on the ridge with splendid views all morning. I grab water at a rushing stream. The trail comes deep into indentations in the mountain where water must have run in the spring. Most are dry, but I still feel the cool air pouring out.

I like Singet, though not sure if it will stick. At least I have a name and kind of mantra for the trail. Sing a new song – what might that be? I think of a wonderful story told to me, more of a saying, really – if you loan 100 bucks to a friend and never hear from them again, it’s 100 bucks well spent. It means that the kind of person who would take your money freely and not repay you, or even talk with you to work things out is not worth having around. I guess you could also see it as they’re gone now and won’t bother me to borrow more, but I like to think of it as a kind of culling of the people that matter. Dishonesty, low integrity, selfishness – who needs it?

I come over a rise and Shasta makes an appearance, the other side now more flattened out. The opposite side of the ridge, I look past huge rock outcropping to distant mountains capturing mist. Indian paintbrush is still abundant, but a bit more diminutive than Washington and only in orange. A chainsaw buzzes way below the trail where the forest in cut up by dirt roads. 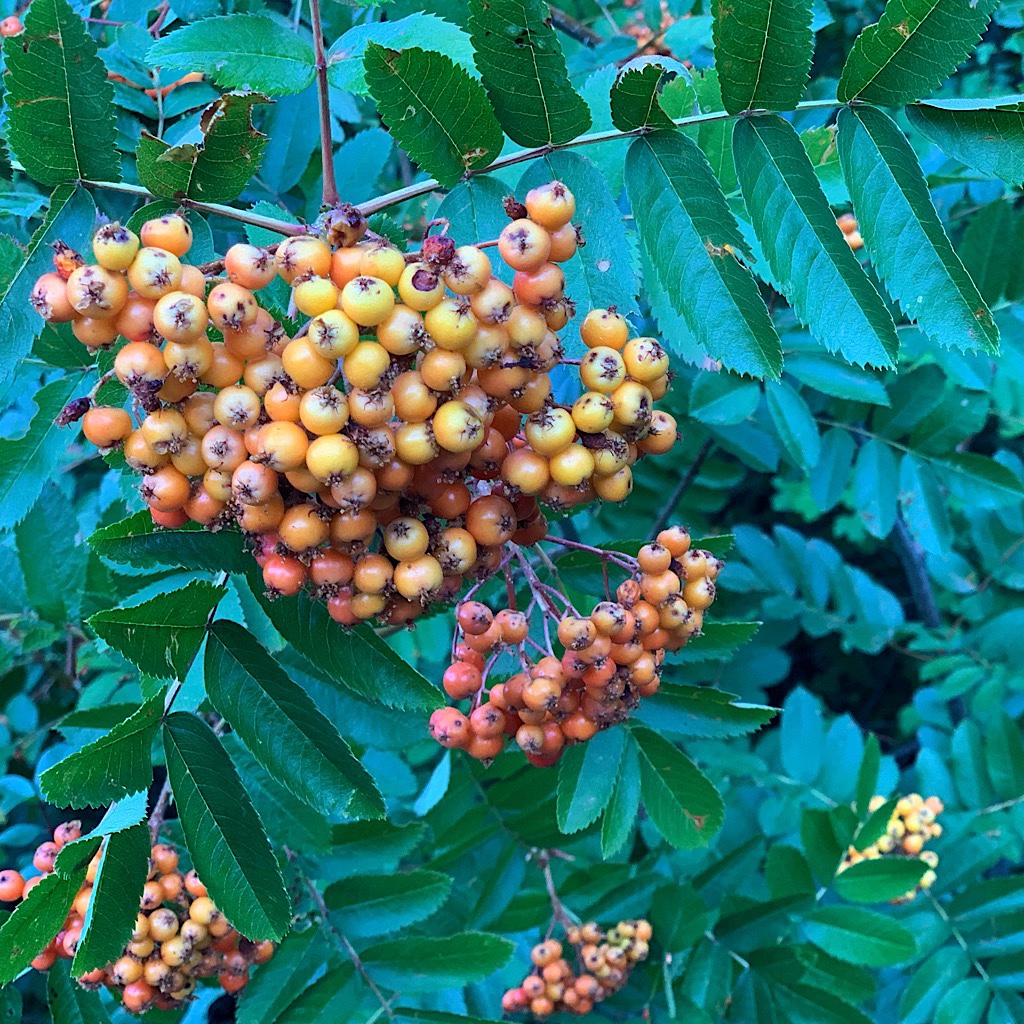 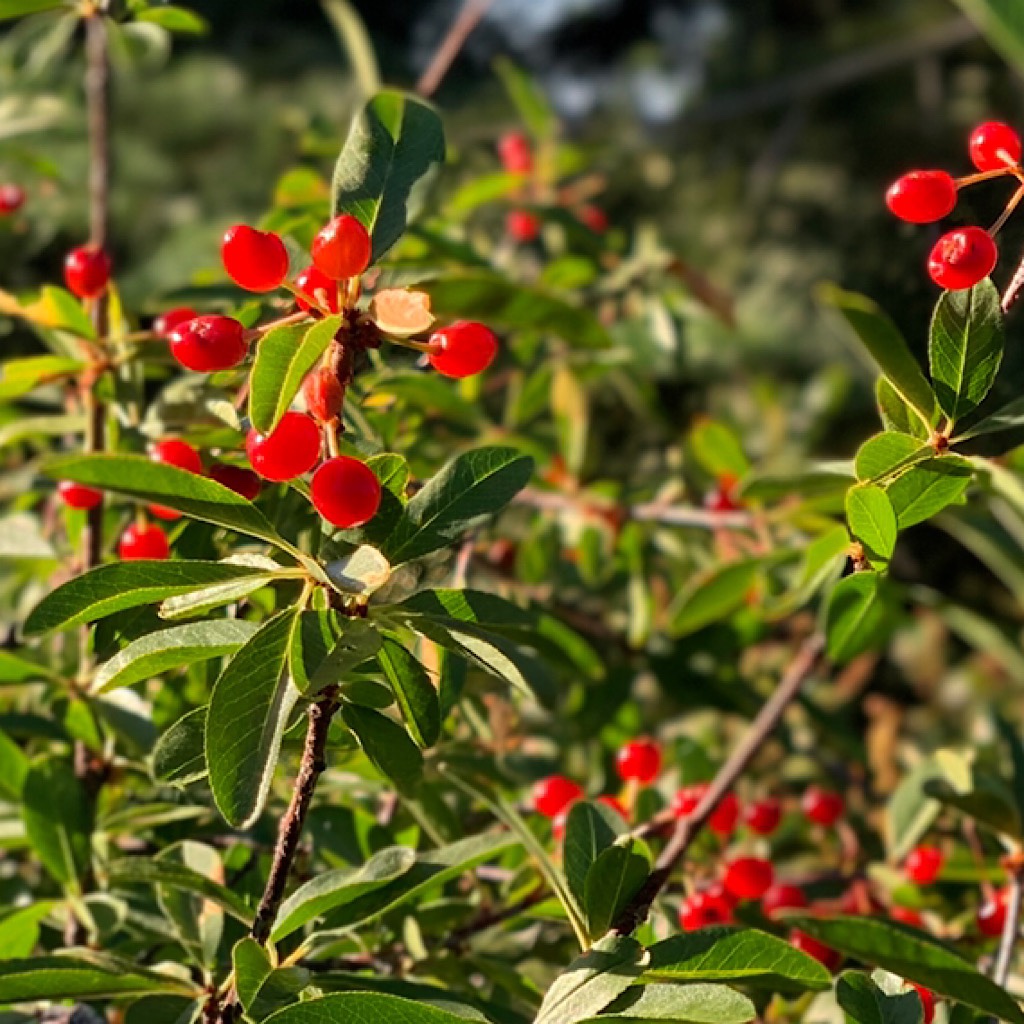 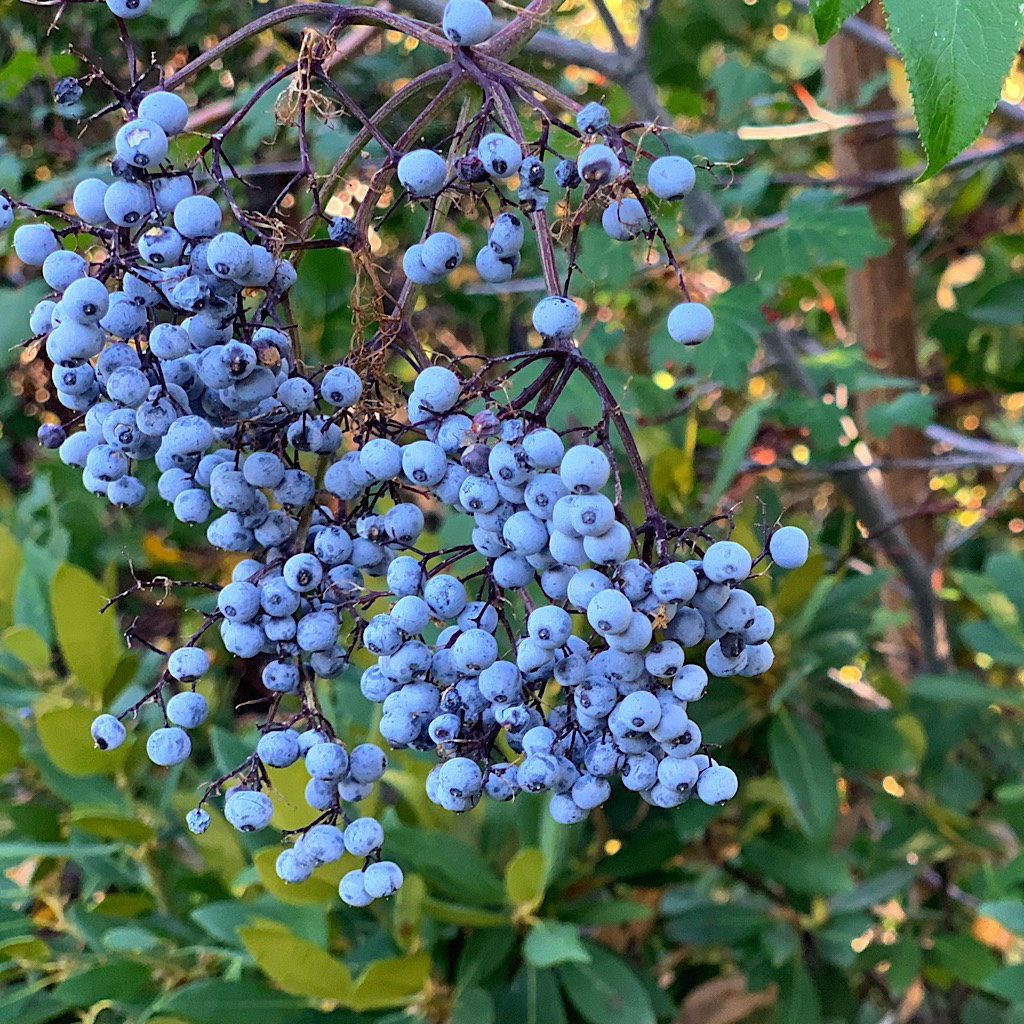 When I was about eight years old, someone made a cross stitch of the Serenity Prayer for my dad. He was a minister and I imagine counseled alcoholics, so an appropriate framed item on the wall. I loved reading it because it made so much sense to my inquisitive self, someone who wanted to understand how to be in this world. Courage was familiar because the cowardly lion got that. Wisdom we spoke about a lot in Sunday School. Serenity tripped me up – and still does to this day. I did not know what it meant as a little girl, so I looked it up in my dictionary. Placid, calm, meditative were all offered as synonyms, as was tempered.

I only knew this word from glass, but made a funny personal explanation that worked at the time. To have serenity, you can break into a million pieces and you won’t hurt yourself or anyone else. To ‘accept the things I can’t change.’ That’s a doozy and to do it even-tempered or serene is practically impossible, though having a few things I am in control of does allow me to let go, even if not all that serenely. 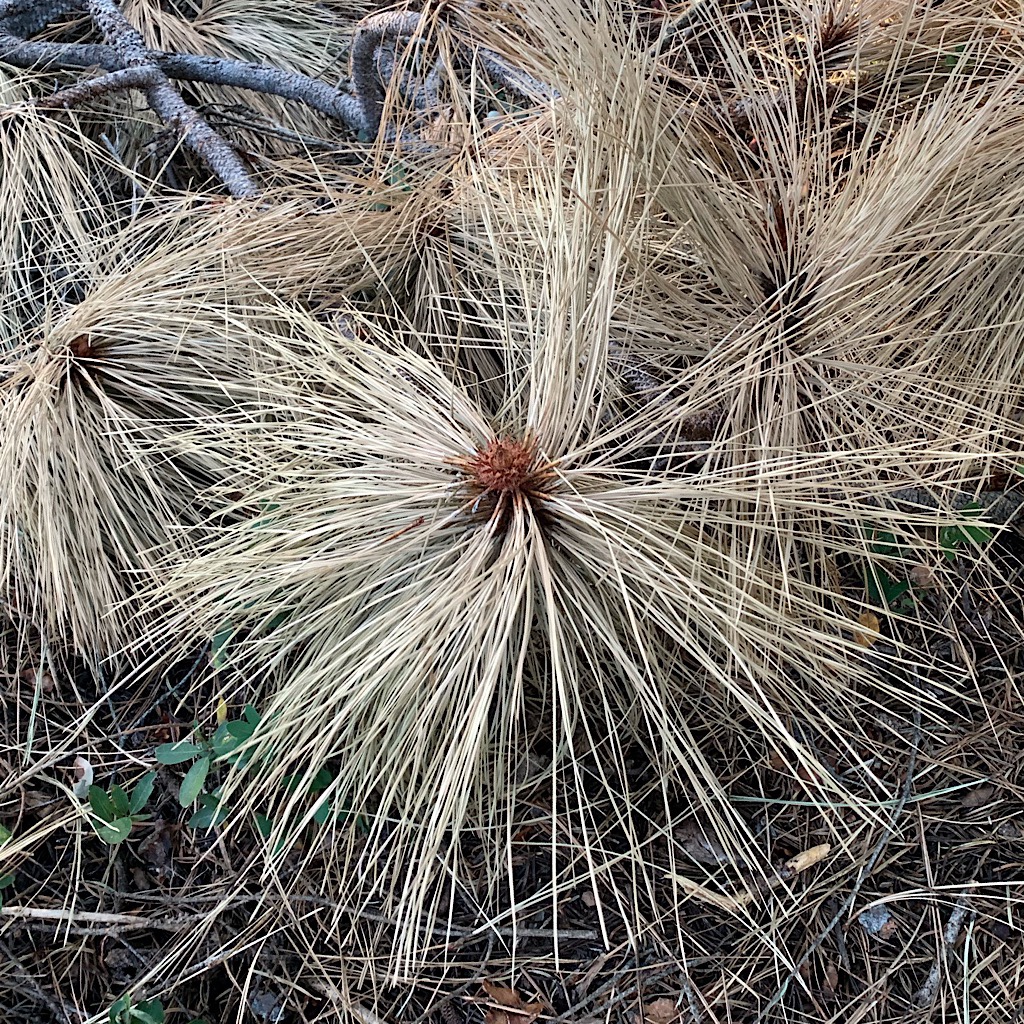 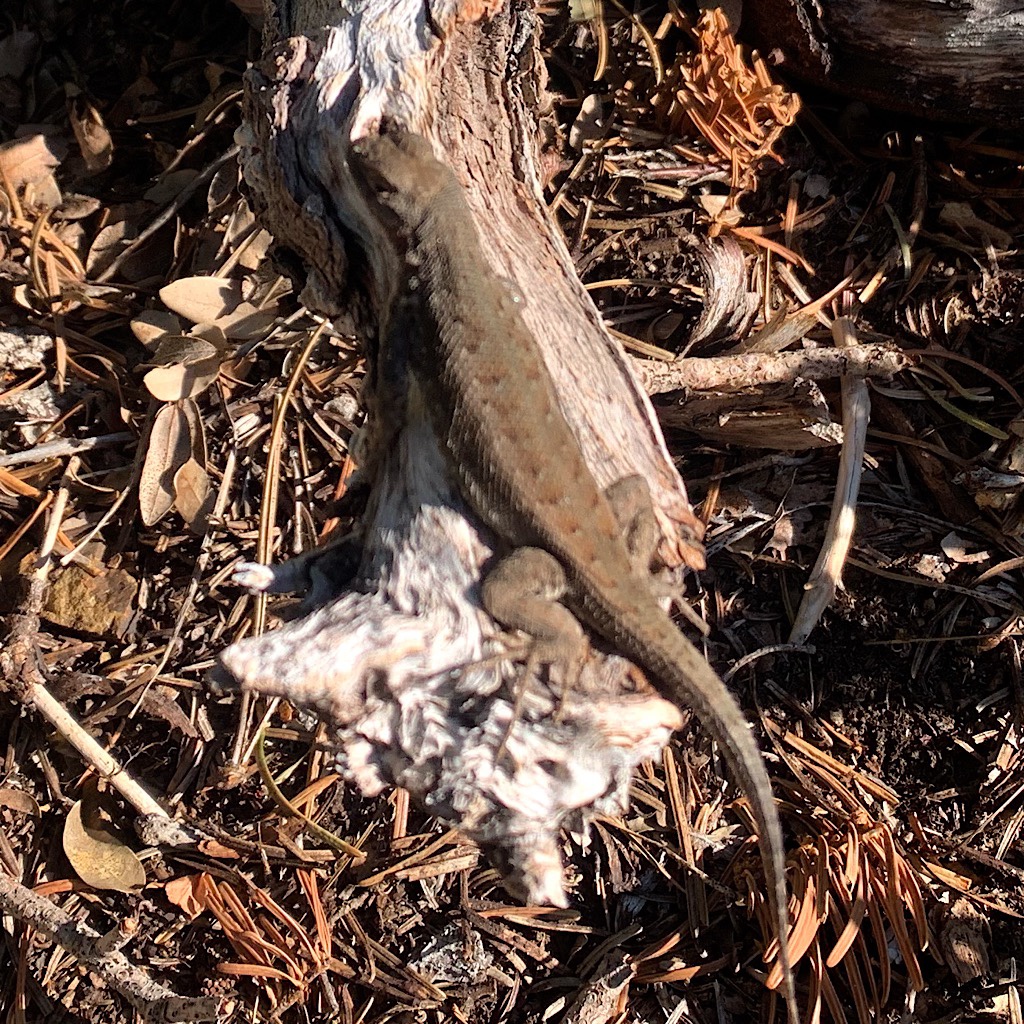 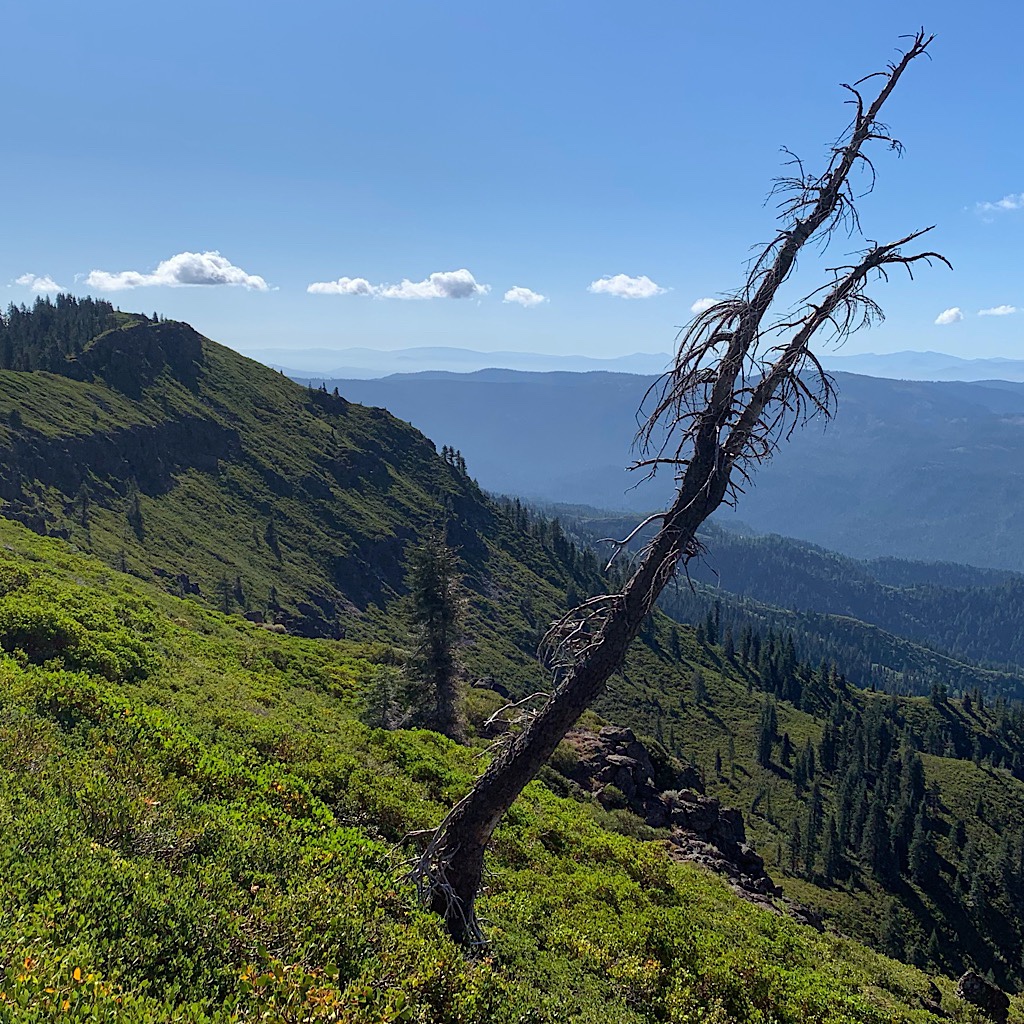 I reach a stream pouring over the trail, a lovely little ‘spout’ of a waterfall for my bottles. I take water to a nearby campsite and sit down for lunch with no sign of Klaus. I want to share cheese and salami, so I take my time eating a pouch of salmon. He makes a good argument leaving early. I get the best light, the cool air, and I walk nearly twelve miles before noon.

He arrives just as I’m packing up – thrilled I saved him the food which he asks me to feed him since he bashed his toe on a rock and wants to tend to it. “You are so nice!” he tells me until I refuse to feed him, then I’m not quite so nice. We have a laugh and I move on.

My ridge walk turns into more forest as well as swaths of very dry sections with prickly weeds. I tank up on water, but carry a full liter for the next dozen miles. Bright ties mark something in this area and I learn it’s for the Rosebud Managed Forest Corporation, though only individual trees appear culled. At a shady spot, I run into Oliver. It’s funny how we leapfrog on the trail, though he won’t plan to camp at the sunset viewing point as he wants to make more miles. 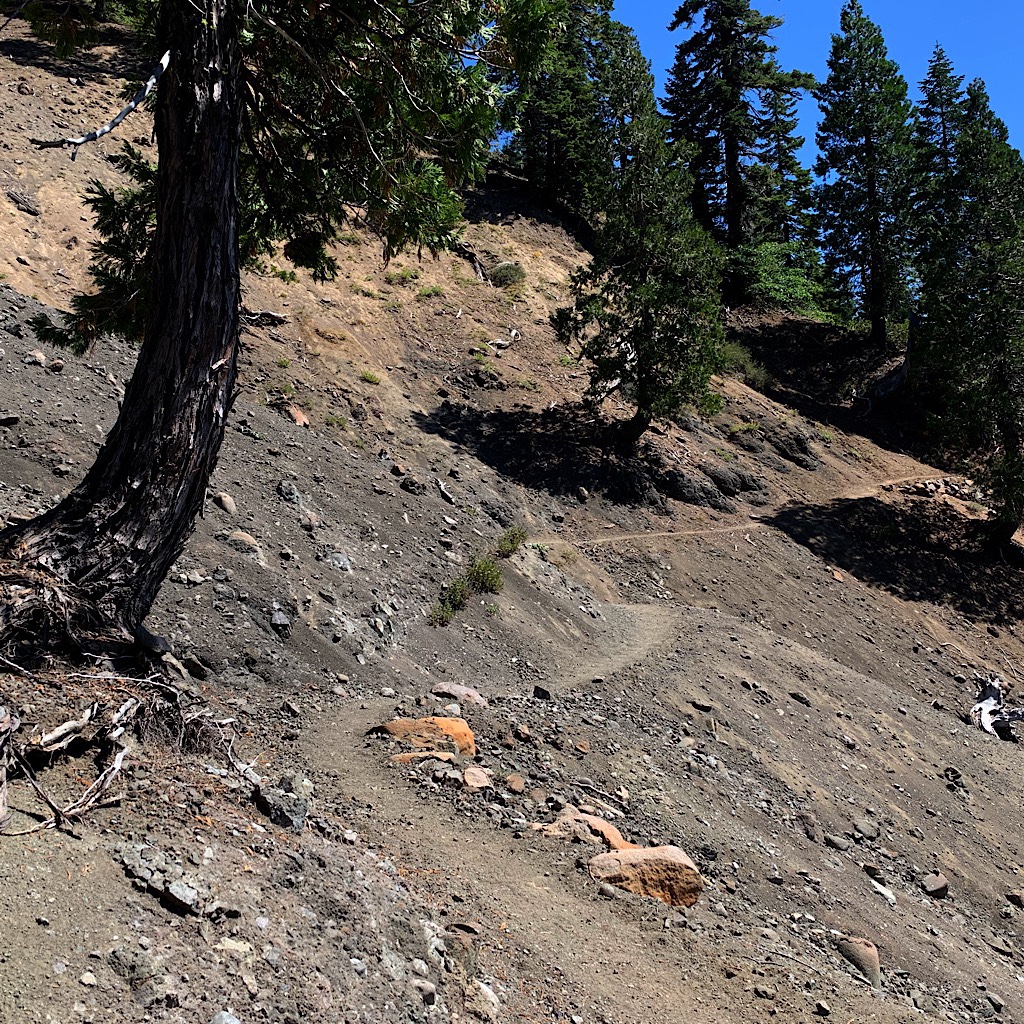 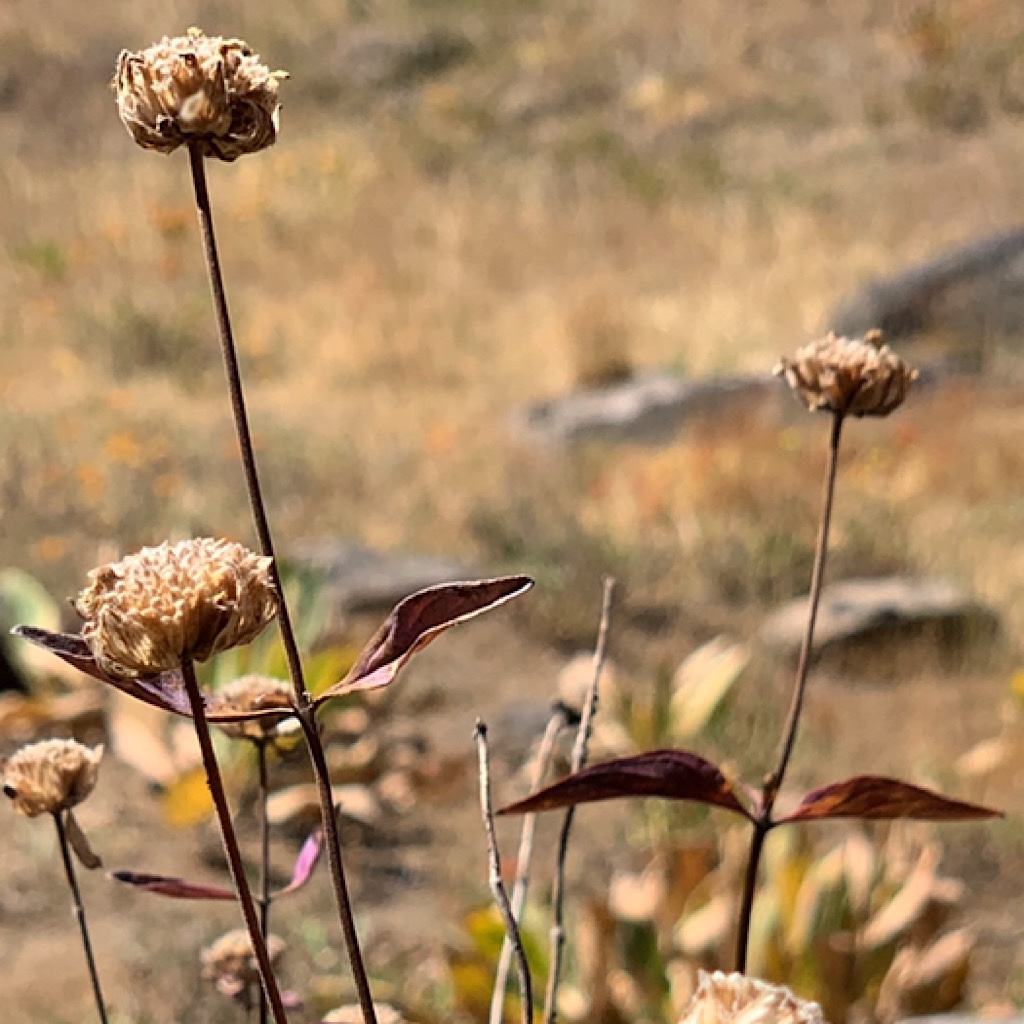 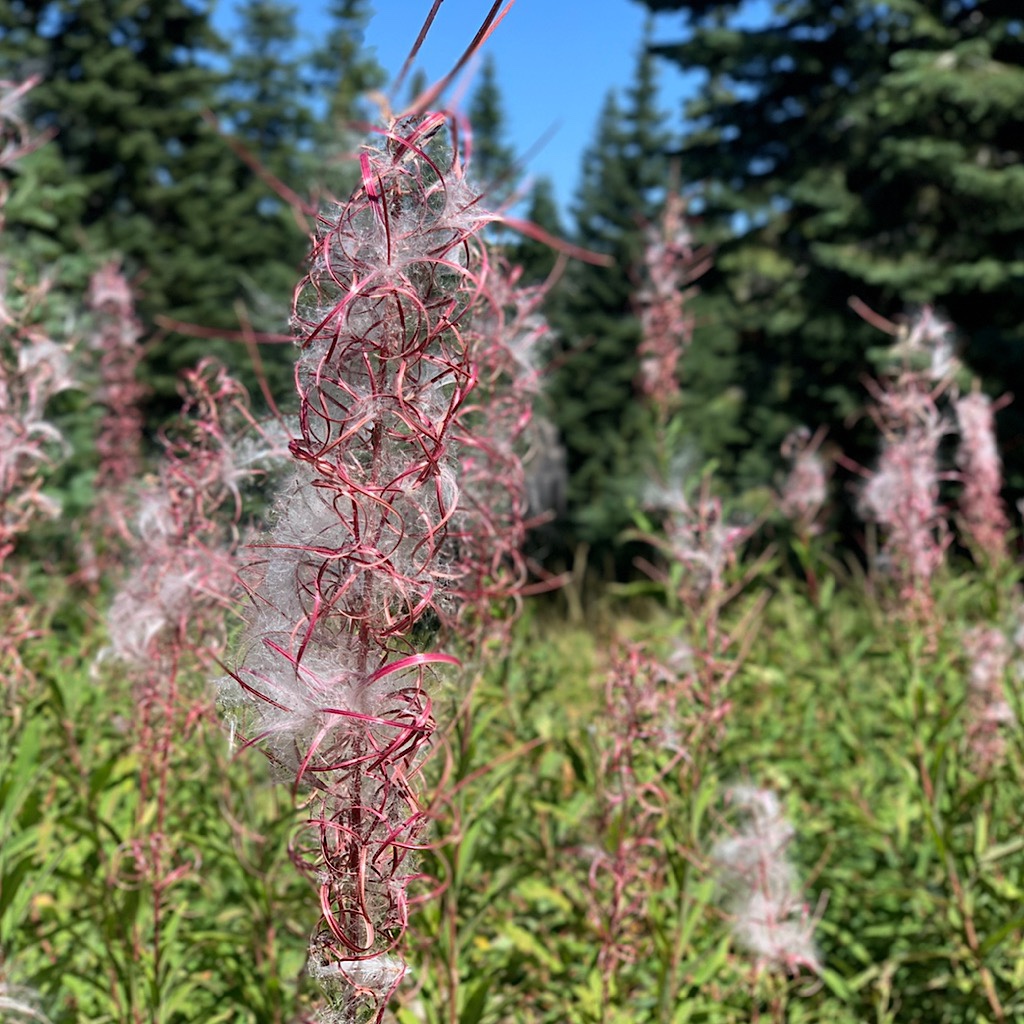 Klaus passes me, but I lose him at an odd off-trail spring where I collect water trickling out of a steel pipe under the road. Once filtered, it tastes perfect. I carry two liters to the site, passing a couple of happy NOBO’s – yay! The site looks west over a valley towards Shasta and Richter-scale jagged mountains. I am alone and claim a perfect place next to a gnarled Jeffrey Pine that would make Ansel Adams happy. A deaf man arrives first and I give him a fist bump which causes him to break into a beautiful wide smile. Two very loud girls join him and Moses – lordy, also a penetrating voice – before Klaus comes and finds me in my bit of shade for dinner before the show.

It is a superlative sunset because tonight there are clouds to add interest, ones shaped like jellyfish. We sit on rocks in awe and take millions of pictures and I try mightily to practice serenity – but I swear, I will scream if the hysterical laughter continues from those NOBO’s.

The show ends, the crickets saw away and the stars twinkle. At 9:00, it’s officially ‘hiker midnight’ and everyone is shockingly sound asleep. Now, it’s my turn. 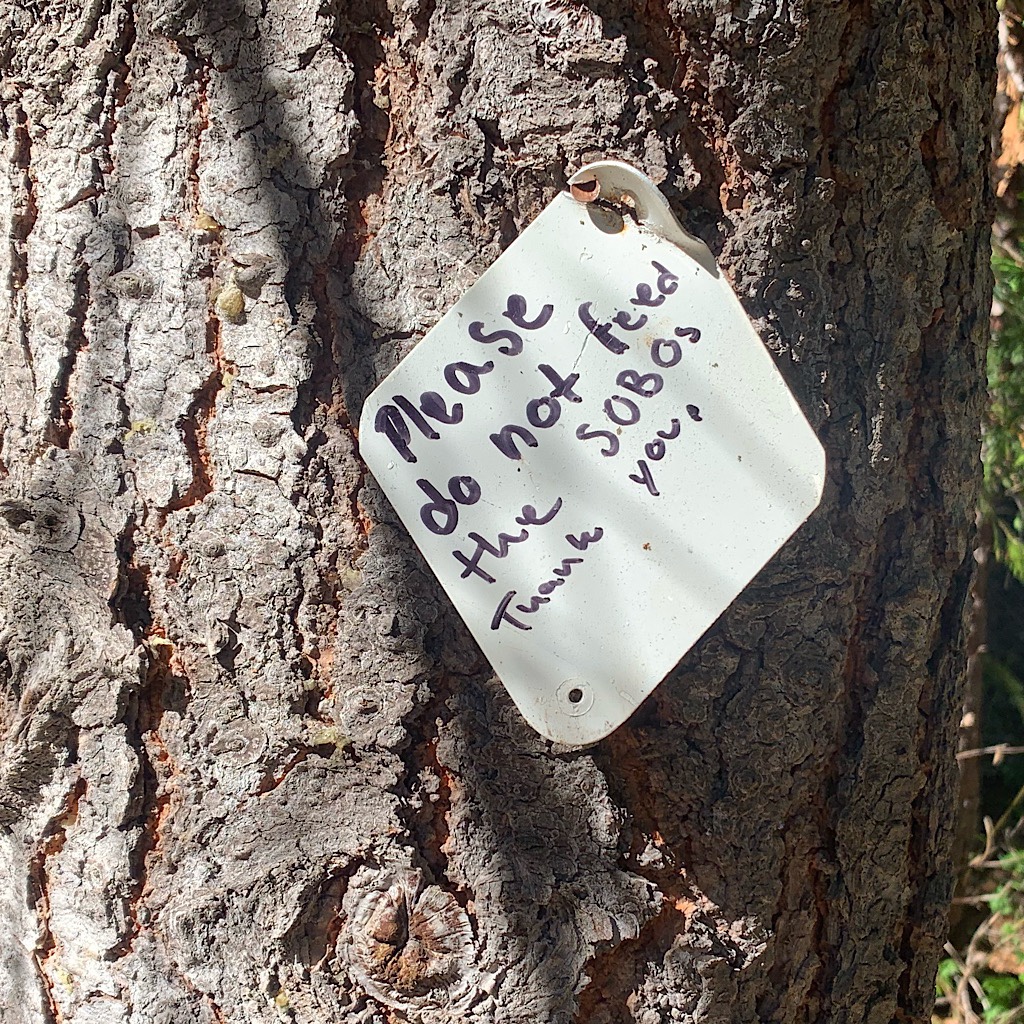 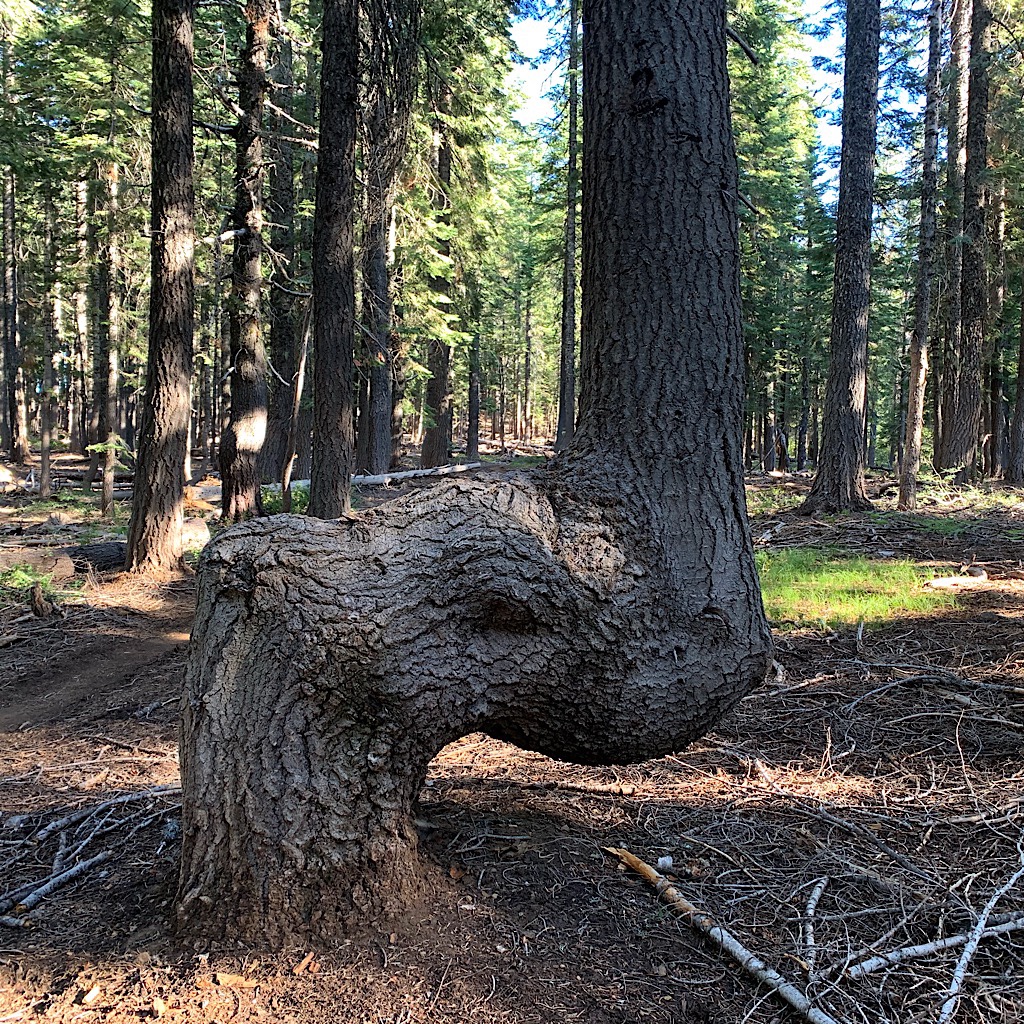 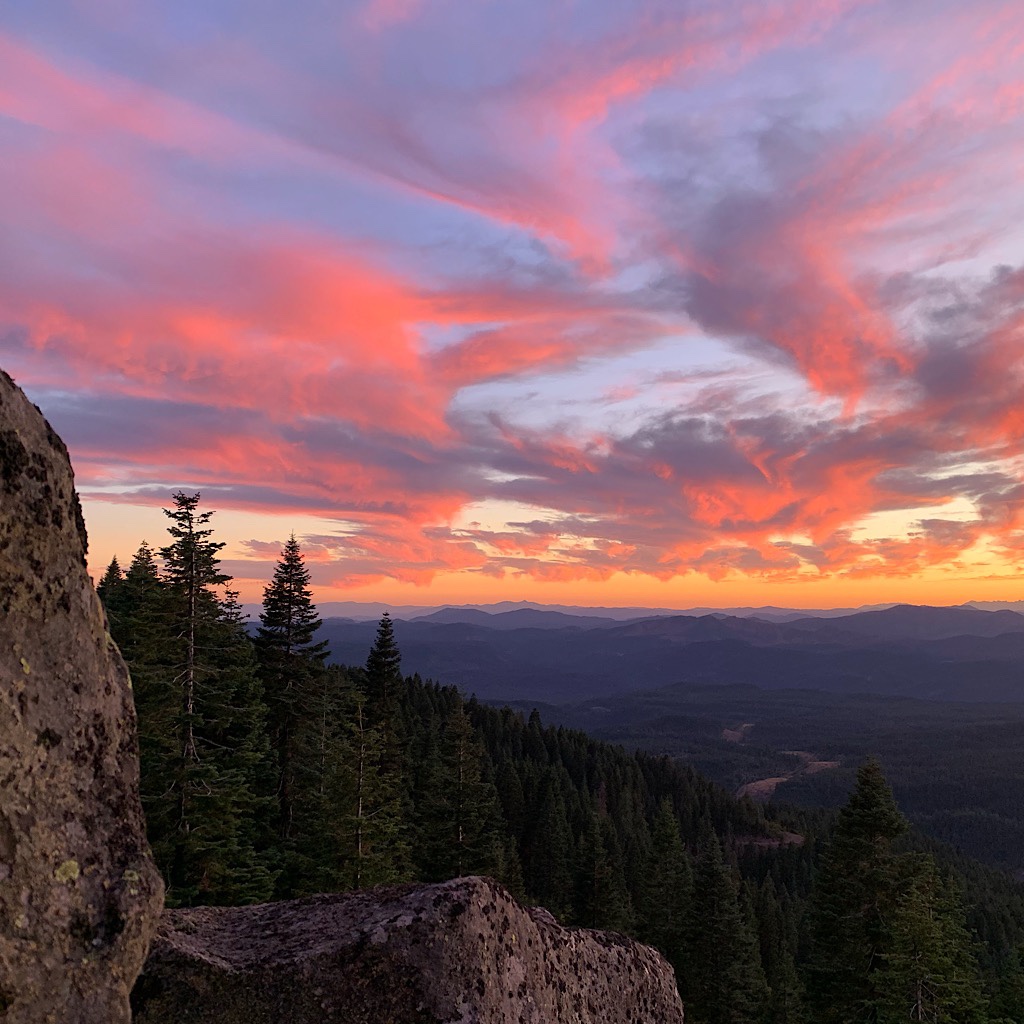