Which mattress do I take for the 192 miles of England’s Coast-to-Coast in June? There’s only one way to find out and that’s to sleep on both – one night after the other. 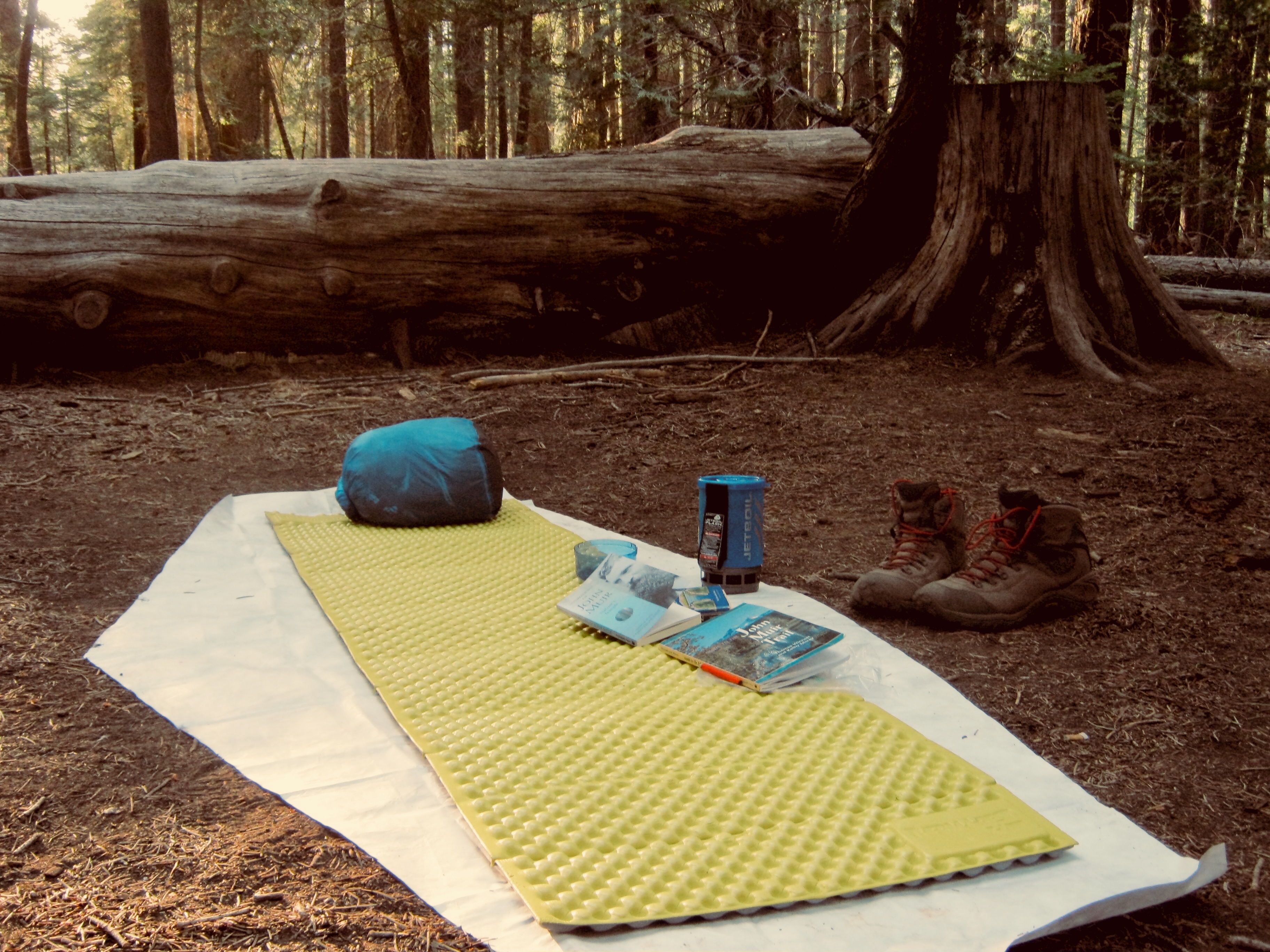 The Z-lite was a dream on the John Muir Trail.

We are such stuff as dreams are made on; and our little life is rounded with a sleep.
– William Shakespeare

I’m a fourth generation Therm-a-Rest gal, too nervous – or lazy – to try anything else. Unless car camping, my two go-to pads are ultralight, but not without some drawbacks. I need to decide which one to take to England and with Richard out of town, I had two nights to give my ultralight sleeping system a scientific analysis. Keeping all variables to a minimum, I slept on flat ground with no rocks or roots to contend with by setting up the soon-to-be-named tent in our basement, staking it off with varying sized kettlebells.

Night number one I cuddled up on a Therm-a-Rest Z-lite. I picked up this pad before hiking El Circuito in Chile back in 2011. There are a few snags here and there, but she’s sturdy. Patagonia in January is one downpour after another day after day, but the close-celled foam repels moisture and with one flick of the wrist, shakes off any excess moisture. 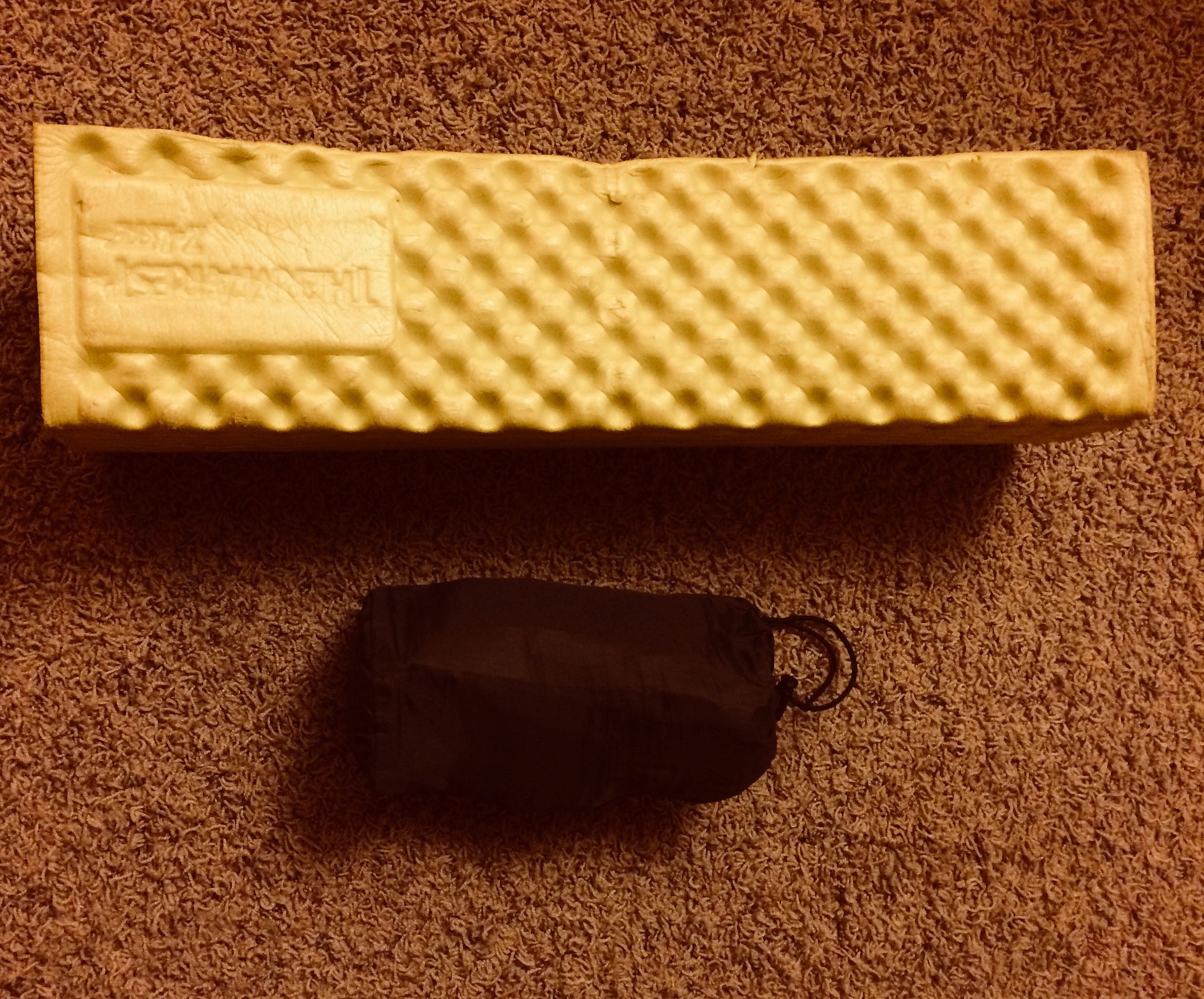 I must have really gotten the air out of my NeoAir because she weighed the same as my Z-lite, shedding 1.5 ounces.

The reflective surface is designed to hold heat which it did well in temperatures that got below freezing on the John Muir Trail and the Border Route Trail. She’s as light as they come, but her bulky accordion-shaped nature lashed to the back of my pack stuck out, making me a bit wobbly.

But I am happy to deal with a little bulge if the sleep is stellar, which sadly for me was not always the case. The mat is so compressed, I have little support in my lower back and I end up turning on my side a lot throughout the night, inevitably waking up with sore lumbar and sore hips.

And if I’m hot and my skin touches, I get suctioned into the foam. Night number one was not the most restful. 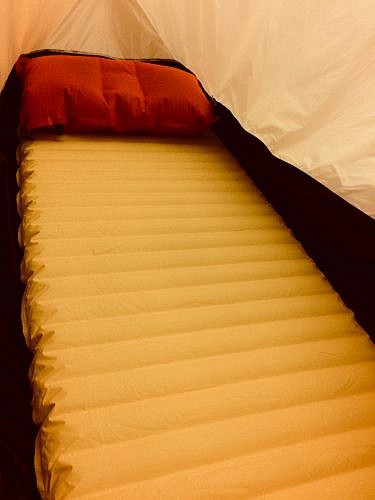 The comfy Xlite conforms to my curves while still providing support.

Night number two I put my Therm-a-Rest NeoAir Xlite on trial. I bought this pad to use on the 450 miles of the GR5 or La Grande Traversée des Alpes. I am wary of blow up mattresses that can puncture at the smallest provocation , but she is light – and somehow, I must have sucked out more than air the last time I put her away because in weighing in last night, the scale read 14.5 ounces rather than a pound, same as the other pad. Works for me!

This mattress takes up less room than a water bottle and uses only 25 good ex-flutist breathes to fill. The good folks at Therm-a-Rest have a patent on the reflective layer within the mattress – a kind of crinkly Mylar that kept me toasty on frigid nights. But that crinkle comes with a down-side. While it seems to have no effect on me, I have been accused by nearby campers of “faffing” about all night, every move amplified by the mat’s hollow air-filled body. 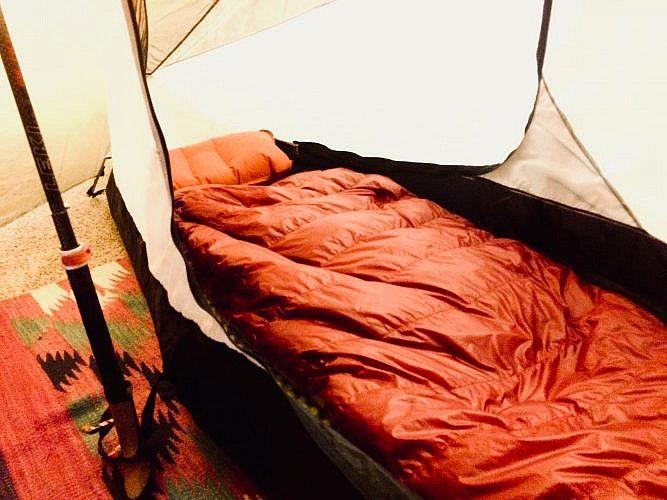 None-the-less, night two was a far better sleep. I could lay on my back and the pad would contour to my shape while still supporting me. On my side, the her skin was soft with no sucking stickiness. My only problem was what to do with my arms as they tended to fall off the narrow sides. I spent most of the night in a kind of prayer position. None-the-less, I emerged from my cocoon well rested and limber.

So for this trip, it’s the NeoAir…and, of course, a wee patch kit, just in case.