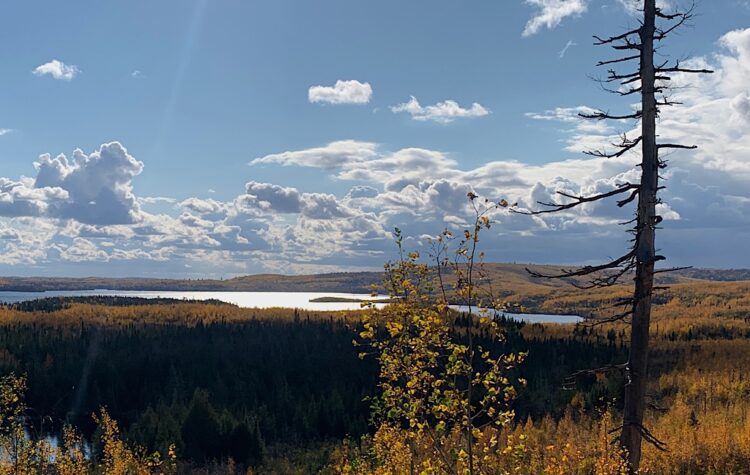 You never know where a blessing can come from.

What strikes me at first walking on the Kekekabic, or ‘the Kek,’ is how quiet it is. Wind sets the Aspen leaves quaking, a deep gold against the soft blue sky, gray clouds hanging near the summits, a mosaic of yellow and dark green.

Richard and I drove up in pounding rain and bumper-to-bumper traffic, but we woke in Grand Marais to clear skies above Gitcheegumee and hopped up the Gunflint Trail, an hour’s drive deep into forest and the land of millions of glacier-made lakes begin.

I woke up again in a panic about my future, feeling ungrounded and unsettled, learning just this past week my right hip joint is ground to nothing – and the left is not far behind. A cortisone shot is only going to buy me time until I’m going to have to get new ones.

But I’ll get to call myself the bionic hiker! Turns out it’s genetics and there’s not much I can do about it. Nonetheless, Rich and decide I’ll hike in an hour then send him a message via GPS if I need to turn around.

END_OF_DOCUMENT_TOKEN_TO_BE_REPLACED 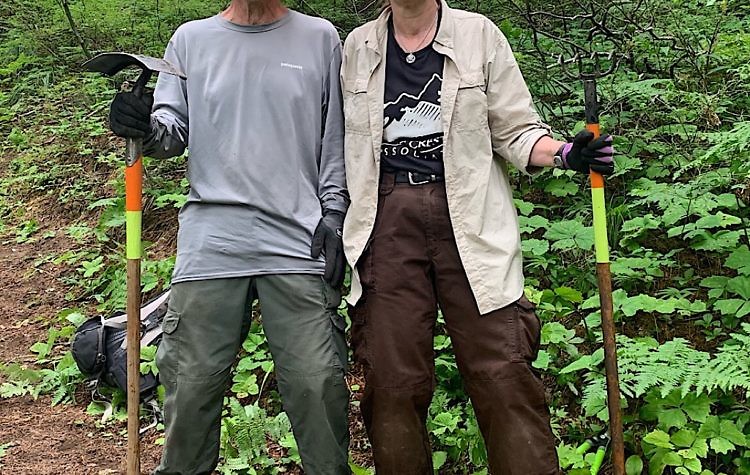 Never believe that a few caring people can’t change the world. For, indeed, that’s all who ever have.

It was thick forest and I was heading down – finally – on the last descent in the state of Washington, careening towards the Columbia River. It’s a natural boundary and I’d cross the Bridge of the Gods before heading straight back up again towards Mount Hood and all of Oregon. The rain let up this far south, though mosquitos were out in full force and I had no plans to linger even though I was surrounded on both sides by multitudes of black-, blue- and huckle-berries, all within easy reach. I felt happy and so alive, punch drunk that my intention of walking a little wisp of trail had grown to my being on the verge of checking off an entire state.

A rough section of dirt and rock loomed in front of me, a landslip that appeared to have just been cleared. Unlike hardcore tramping in New Zealand, a landslip of this magnitude was never going to be left there for hikers to climb over. Someone took it upon themselves to dig right into the side of the mountain and create a wider, more stable path. Aside from a bit of dust on my La Sportivas, I barely broke stride.

Ahead, two people covered head-to-toe in long sleeves, long pants, gloves and helmets were lumbering along, snipping away at errant bushes and kicking loose stones aside. Their manner was focused and meticulous, like a proud home owner. It wasn’t just respect and reverence they exhibited for this gorgeous patch of trail, they acted as if they owned the place.

And to be fair, they earned that attitude.

Tammy and John are caretakers of the PCT – perhaps more precisely, of eleven miles of the 2,653 mile-long PCT. For the past sixteen years, they’ve set aside their free time to ensure the trail is walkable by removing downed trees and limbs, cutting back overgrowth and fixing any damage like the huge landslip I managed to simply float over. Why do they do it? That’s simple – because they want the trail here.

Neither of them identify as long distance backpackers. Just like thru-hikers desperate for a break in town every so often – they begin to miss beer and flush toilets.

END_OF_DOCUMENT_TOKEN_TO_BE_REPLACED 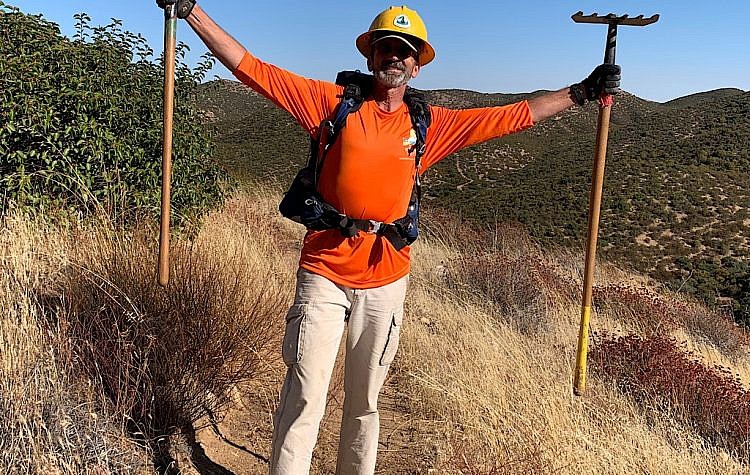 You never find yourself until you face the truth. – Pearl Bailey

I have seen lots of animals on this hike including black bears and marmots, rattlesnakes and golden eagles, but nothing has gotten too cozy or threatened to steal my food until my stay at one of the Warner Springs Resort cabins. There’s a mouse in the house and he chewed a little opening in my vanillacoffee. Fortunately, nothing spilled out and I simply transferred the grounds to another baggie after seeing his little body scurrying under the door. Run, little mouse, run!