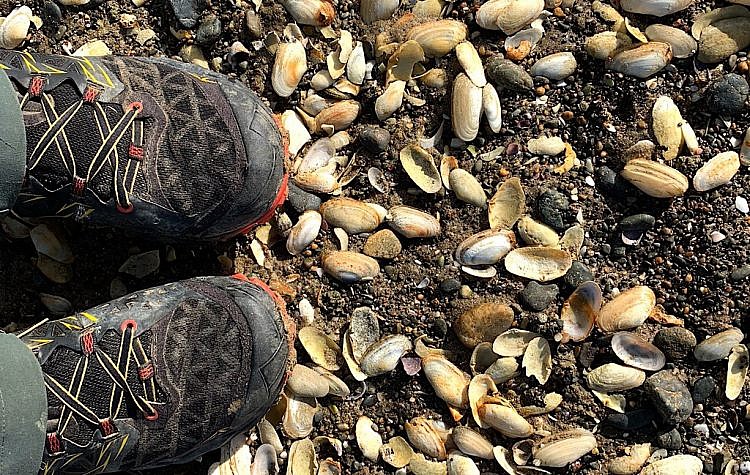 It’s been two weeks. I’ve gotten conjunctivitis and a minor sprain. Here’s hoping – hobbling? – the new week is full of health and safety.

I walk slowly and deliberately. Scrubby lowland here, lots if invasive prickly gorse so I’m glad the track is wide and they stay in their side.

I arrive at the mouth of the Horahora River as it spills into the Pacific. The tide is out and now I must walk up it. Tuatua and pipi shells, oyster catchers and a symphony of screeches greet my arrival on the wave scarred sand. The surf crashes at the bar as footsteps make a pleasing crunch. I follow Ondi’s sunken looping v-steps until they disappear.

The water is cold and fresh up to my crotch, the tide pulls me upstream. Bram and the kayak boys catch up to me. I’m surprised how timid they are picking their way across, seemingly afraid to get wet or yanked under by the current.

END_OF_DOCUMENT_TOKEN_TO_BE_REPLACED 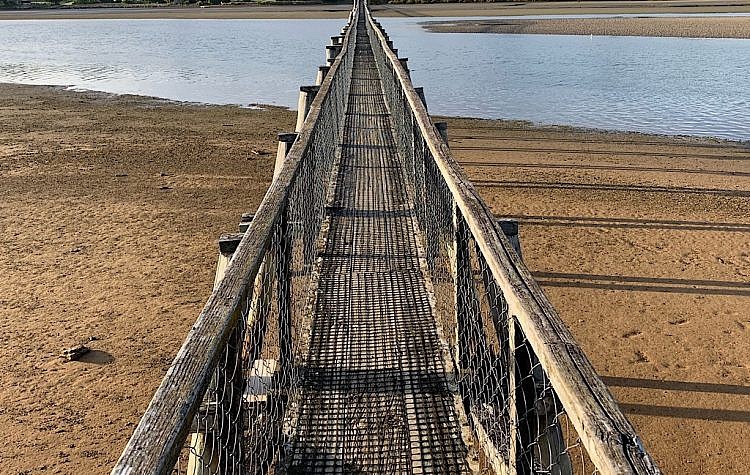 It’s quiet and cool this morning by the estuary. The wind died and the party heated up until the wee hours. I didn’t sleep so well, but up anyway because I love walking in the freshness of the morning.

I’m not the fastest walker. I move well and set goals, but I like to see things, think, take breaks – and photos – and write too.

And I need the quiet. Even with earplugs, I can’t seem to relax with lots of noise. It’s not just the sound itself, it’s this feeling that people are purposely being noisy. I mean, why have the muffler removed in a Harley except for the sole purpose of giving the middle finger to everyone else’s tranquility?

Now it’s completely silent except for those who like mornings as much as I do – the birds.

I cross the bridge in low tide from Whananaki North to Whananaki South. Gulls screech and waves break around the head.