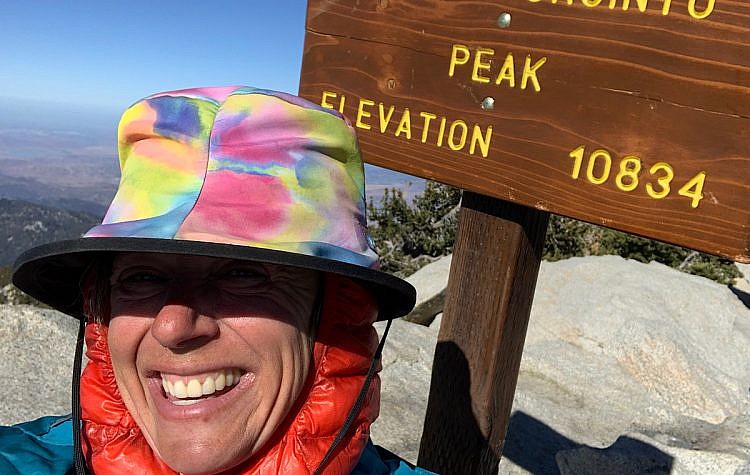 You have to allow for the impossible to be possible. – Lupita Nyong’o 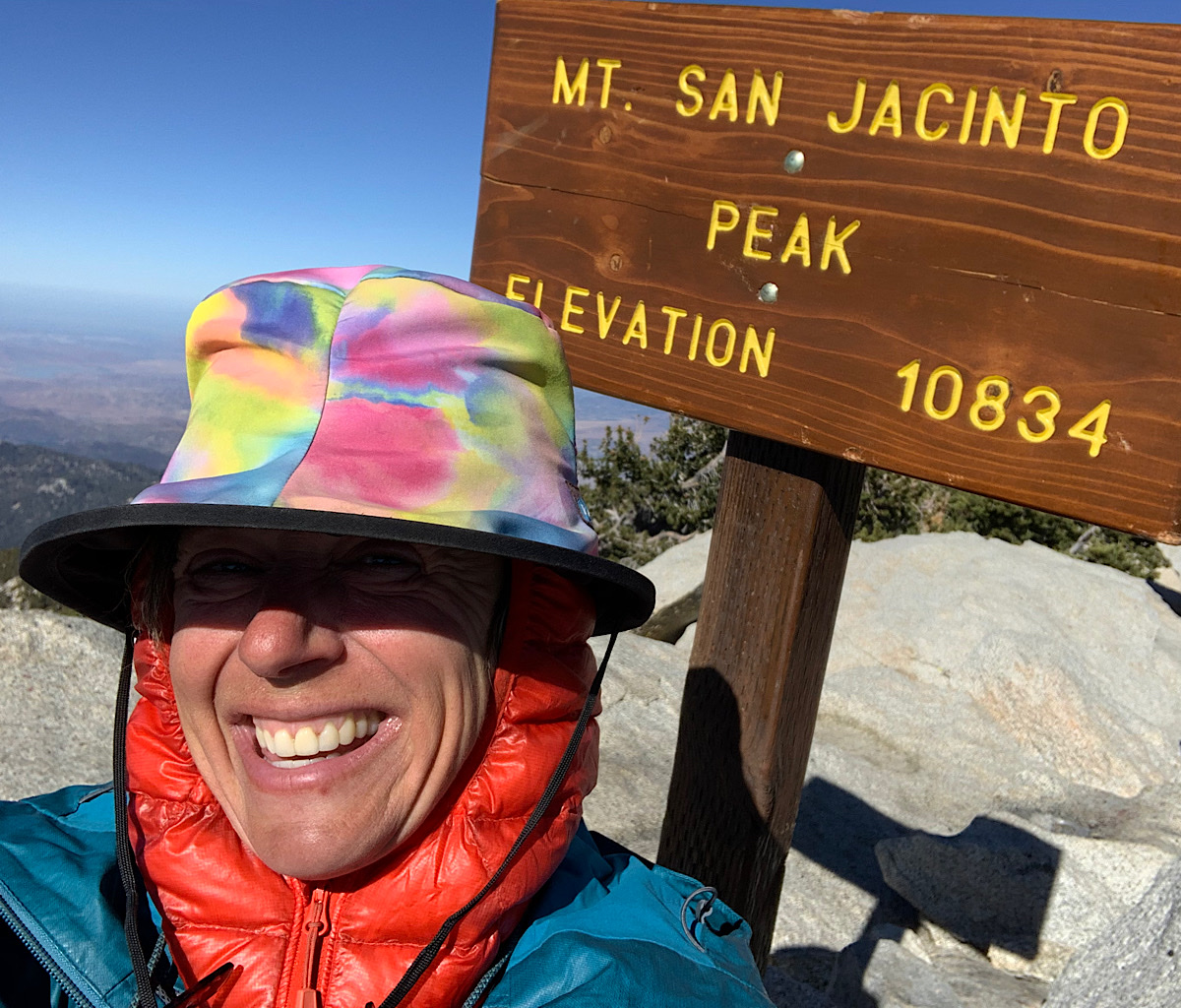 It was hard work getting to the top of San Jacinto Peak, a surprisingly huge mountain in Southern California.

I’m pleased we found a site to cowgirl camp at the bend in the switchback, but it’s not completely flat and we wake up cranky and sore. The three sets of night hikers park themselves close by also on sketchy terrain. We pass them still in their bags not yet ready to face the crisp, cold air. One places a tent nearly in the trail and we float quietly. Another spring comes down in beautiful faucet-like falls just a small distance in the wrong direction from the peak. I collect for our climb, but soon my fingers are numb as I filter.

Such a success yesterday climbing in tough conditions and this morning proves a frustration. I tell myself, “This too shall pass,” and to try and not let things get the best of me.

But they do anyway in spite of my good intentions, as the climb begins in earnest over granite boulders flanked by sharp scrub oak and thorn bushes. The sun does not reach this side of the mountain for hours and I’m freezing cold – well, my hands are. I hope climbing warms me, though it’s fingertips that need to hold walking sticks, not my core. Maybe I should have stayed in my bag a little longer, or skipped the peak like the other hikers do. But I’m in it now, rising slowly to a flat area filled with designated campsites, a ranger station and a rushing stream. Hmmmm, could we have gotten here last night? Everything is silent now way past hiking season. Bright purple lupine blooms like it’s early spring, ignoring the coming snow. No, we would not have gotten here and the climb surely would prove a misery, or worse, in the dark.

Another steep uphill on switchbacks brings us to a saddle, Ted begging to take five and my yelling down to him to keep going l just a few more meters to the junction. I feel like a drill sergeant, but it turns out to be a good idea as the sun is bright and warm shining on a large log begging for us to sit on. The mood lightens a bit, and lightens even more when Ted pulls out the last of the smarties. 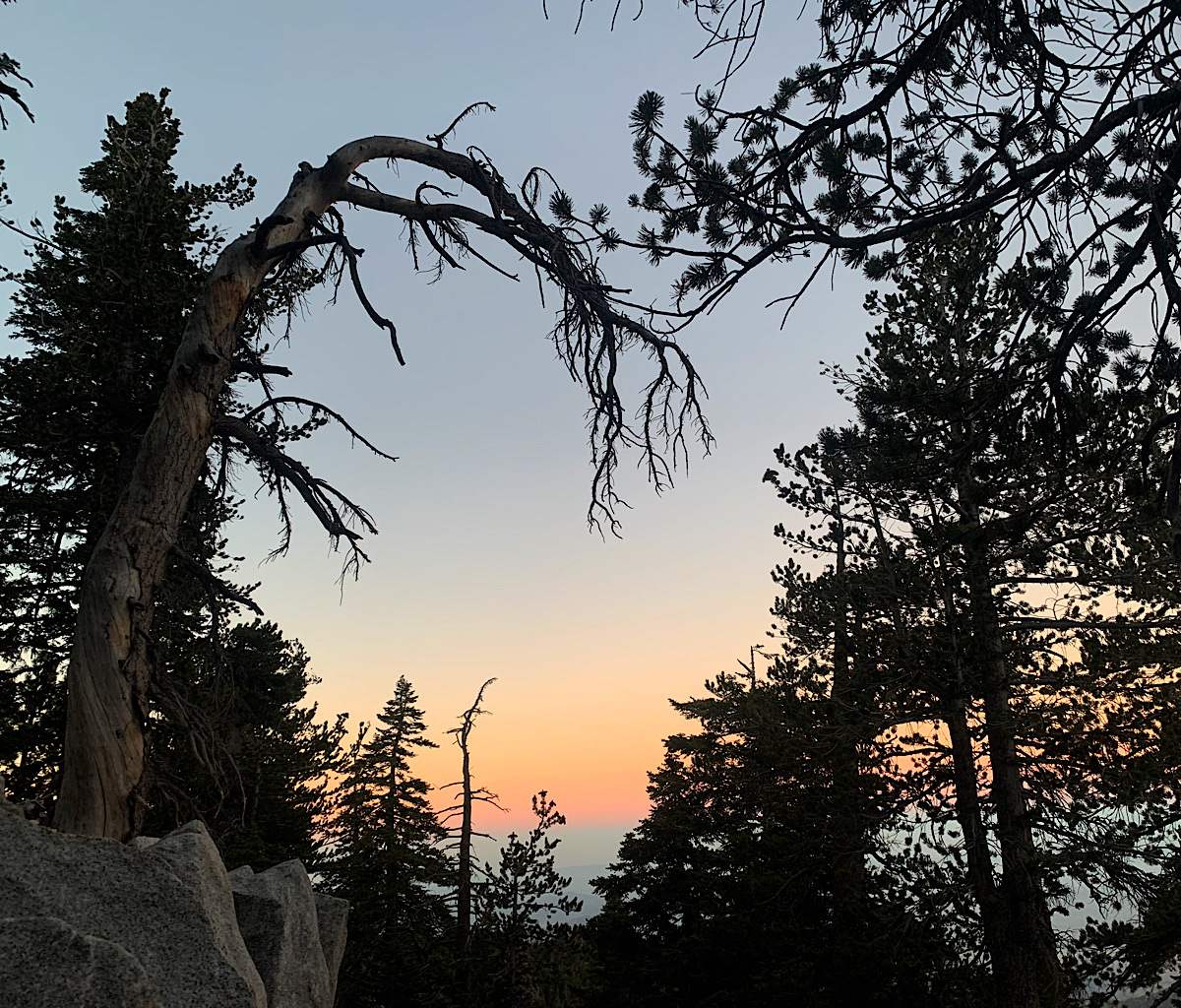 Spooky trees at the cowgirl campsite on the flanks of San Jacinto Peak. 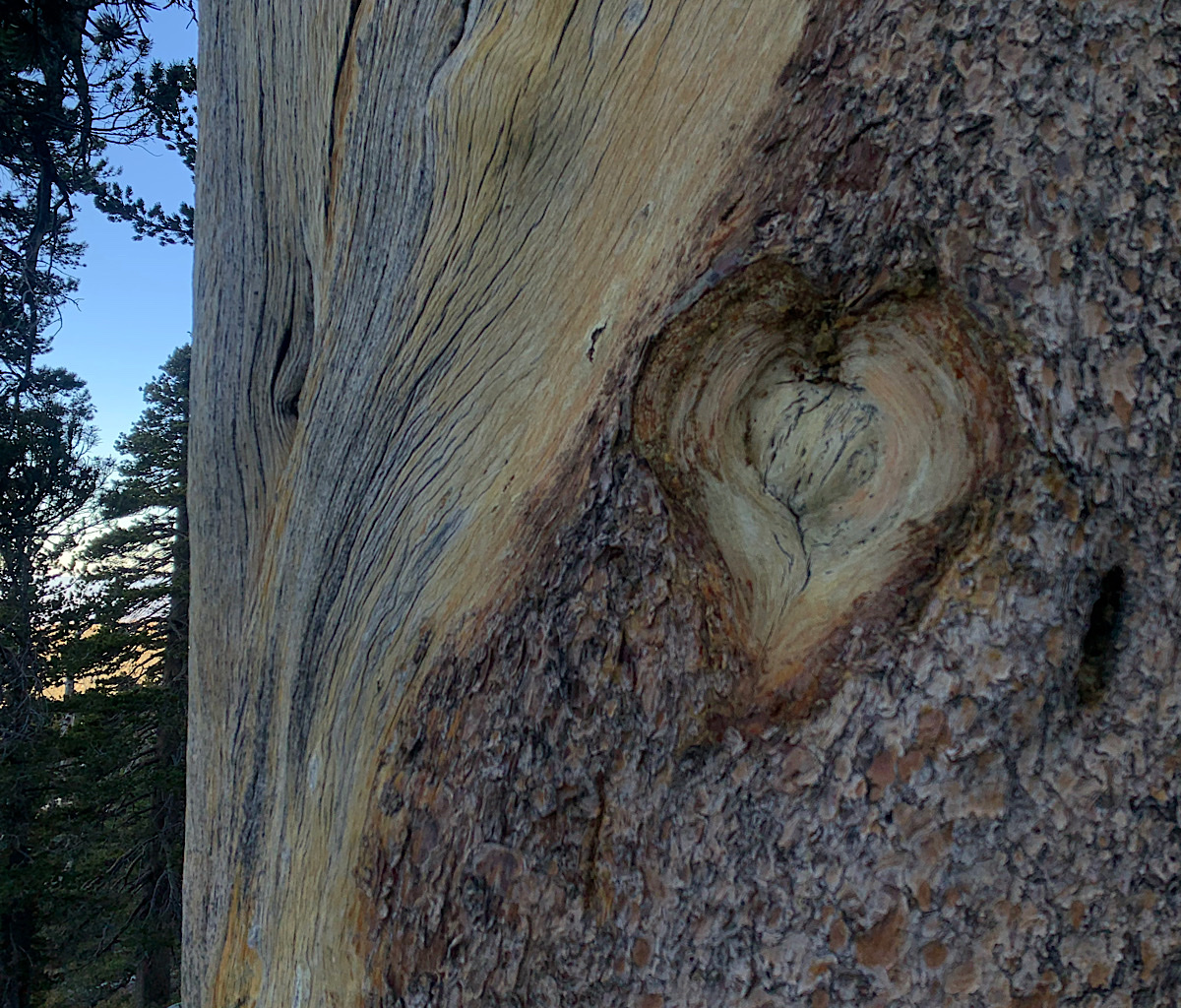