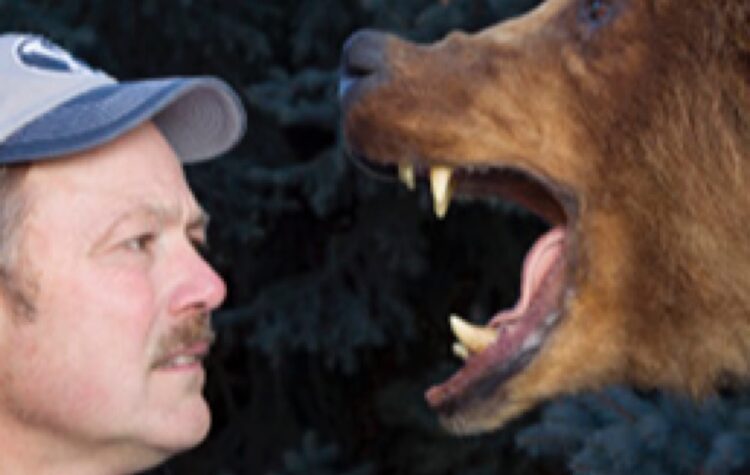 When you are where wild bears live you learn to pay attention to the rhythm of the land and yourself.

LISTEN TO THIS EPISODE OF “WALKING DISTANCE“

Have you hiked in bear country? Maybe that’s a silly question because pretty much every undisturbed forest in the US and Canada are host to black bear and you’ll likely come across brown bears – which include grizzly – if you’re walking in the northern Rockies and Alaska. They’re magnificent, beautiful but can be dangerous, so we need to take special care when traveling through and camping in their habitat.

Tom Smith is a Professor of Wildlife Sciences at Brigham Young University in Provo, Utah. His research topics center on human-wildlife conflict. Initially, his specialty included bighorn sheep and caribou, but when he was hired to work at Katmai National Park in Southwest Alaska, he found the most common animal there was bear and his work took a radical shift. Over the last two decades, he has conducted research in Alaska, India and in bear country throughout the lower 48 states promoting bear safety and conservation.

In collecting data on literally thousands of bear attacks, he has drawn conclusions that often go against popular beliefs about bear safety, including the efficacy (or non-efficacy) of bear bells, that bears rarely attack hikers in groups, that playing dead should only ever be a tactic of last resort and that everyone – including trail runners – should carry a bear spray, like Counter Assault Bear Deterrent.

He also discussed his studies with odors and just how much will attract bears including one case where a bit of an opened freeze-dried dinner drew no interest, but apricot-scented shampoo will have a bear pulling an unsuspecting camper out of their tent.

Most important was that he not only always carried bear spray, but that he camps with an electric fence, a Critter Gitter (which he describes as, “Fun!” and often uses flares to let bears know he’s moving in their territory. All of these are light-weight and could prove useful especially if hiking on one’s own. Important to note the bears in Glacier are totally different than bears in Alaska, like Katmai. They are more fierce. I can only say that I am glad I never ever saw one while in Montana but that’s likely because I made noise appropriately and had my bear spray at the ready!

COULD YOU SURVIVE A RUN-IN WITH A BEAR? Test your knowledge of bears with this quiz.