One likes people much better when they’re battered down by a prodigious siege of misfortune than when they triumph. – Virginia Woolf 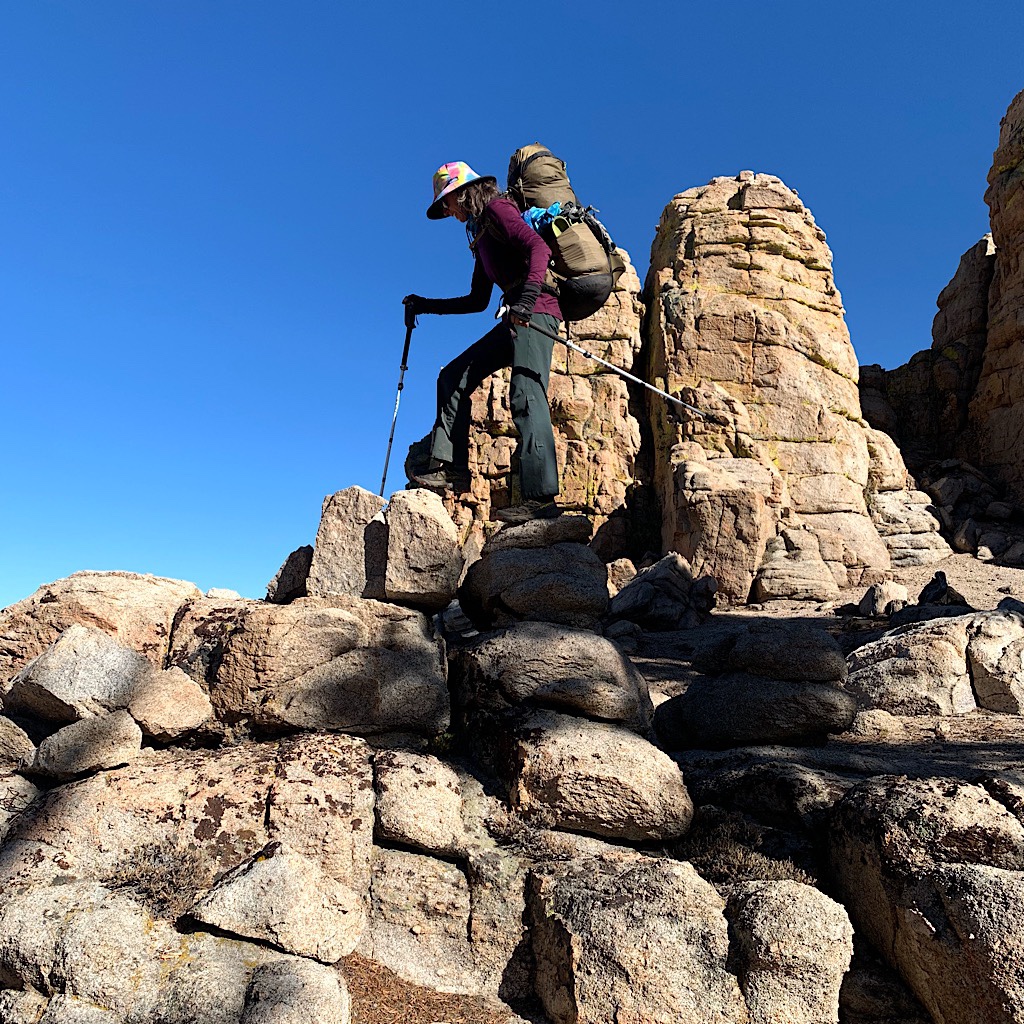 It’s not quite as bitter cold overnight, but I’m not exactly leaping out of my warm bag. And it was not stars last night, but the new moon setting in the western sky that made pine tree shadows on my tent. This spot was not hugely special, but nestled in my favorite trees, abutting a Sierra meadow with views out to huge gray mountains it suited me just fine. No one came by, man or beast, probably because there’s no water nearby.

I drink up all I carried here then head off, crunching in sand and literally surrounded by these spectacular pine trees. I can see far into the distance, a tree carpet working its way up rounded mountains, a few pointy crags jut above. And below are huge meadows, a beautiful gold-green. I climb up and reach Cottonwood Lake where the hiker I met yesterday camped. It’s deep lapis tucked into a sweeping, triangular rocky peak. My trees are all that grow here, but if the wind picks up, they provide little protection. I think I made a good choice camping deeper in the forest. 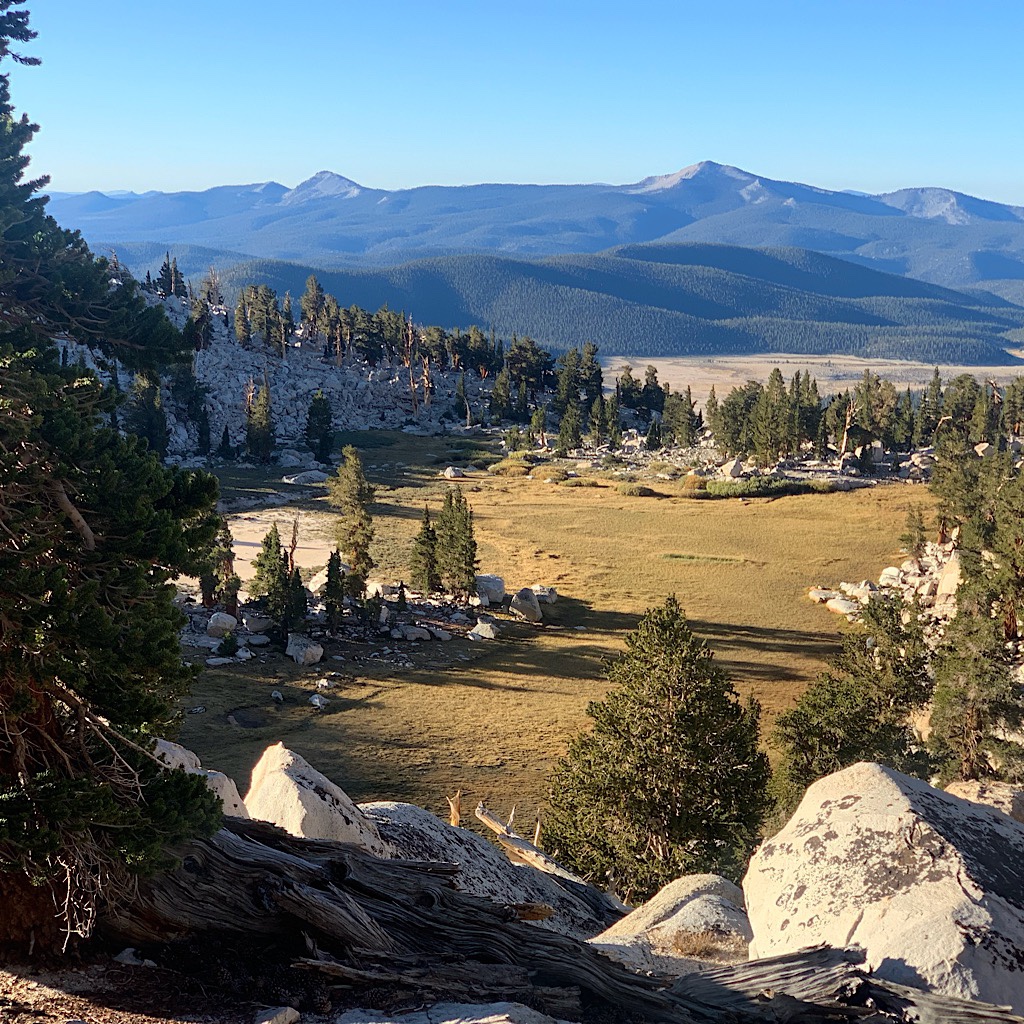 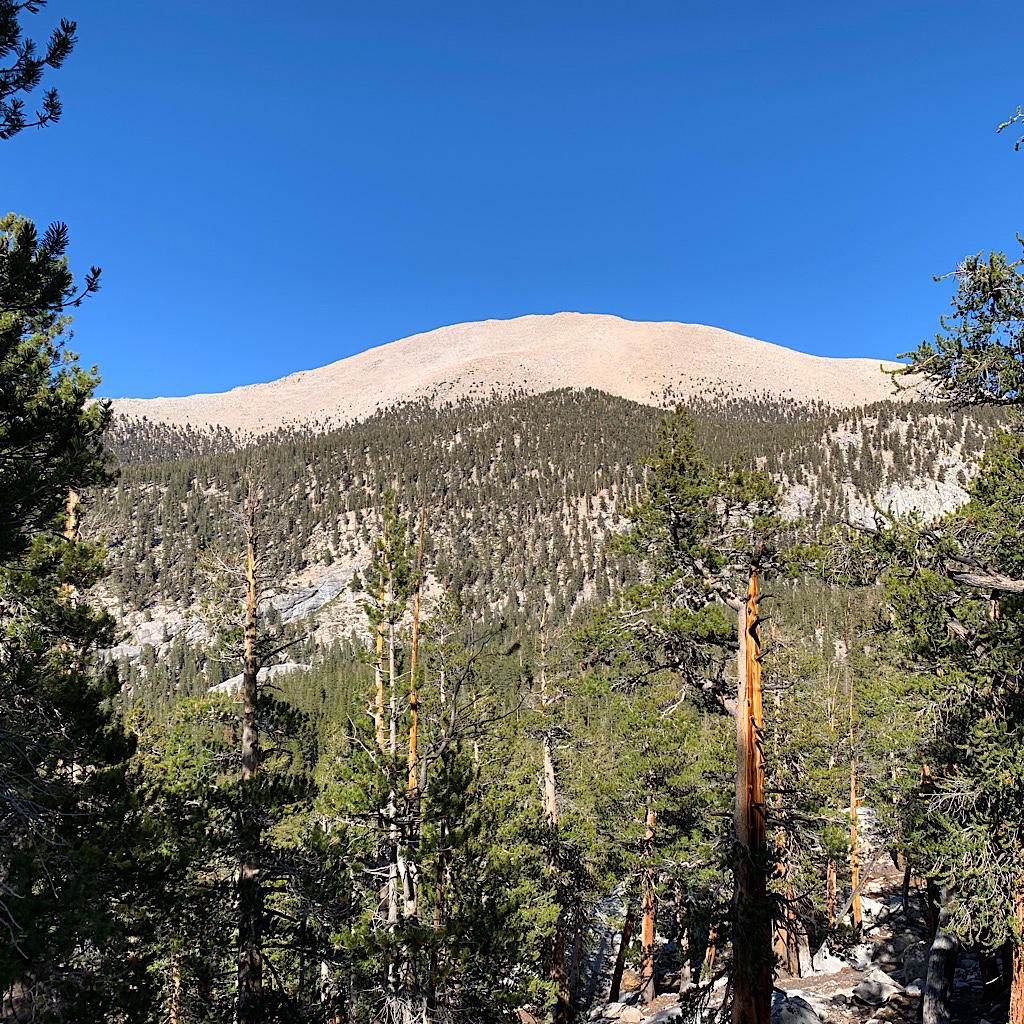 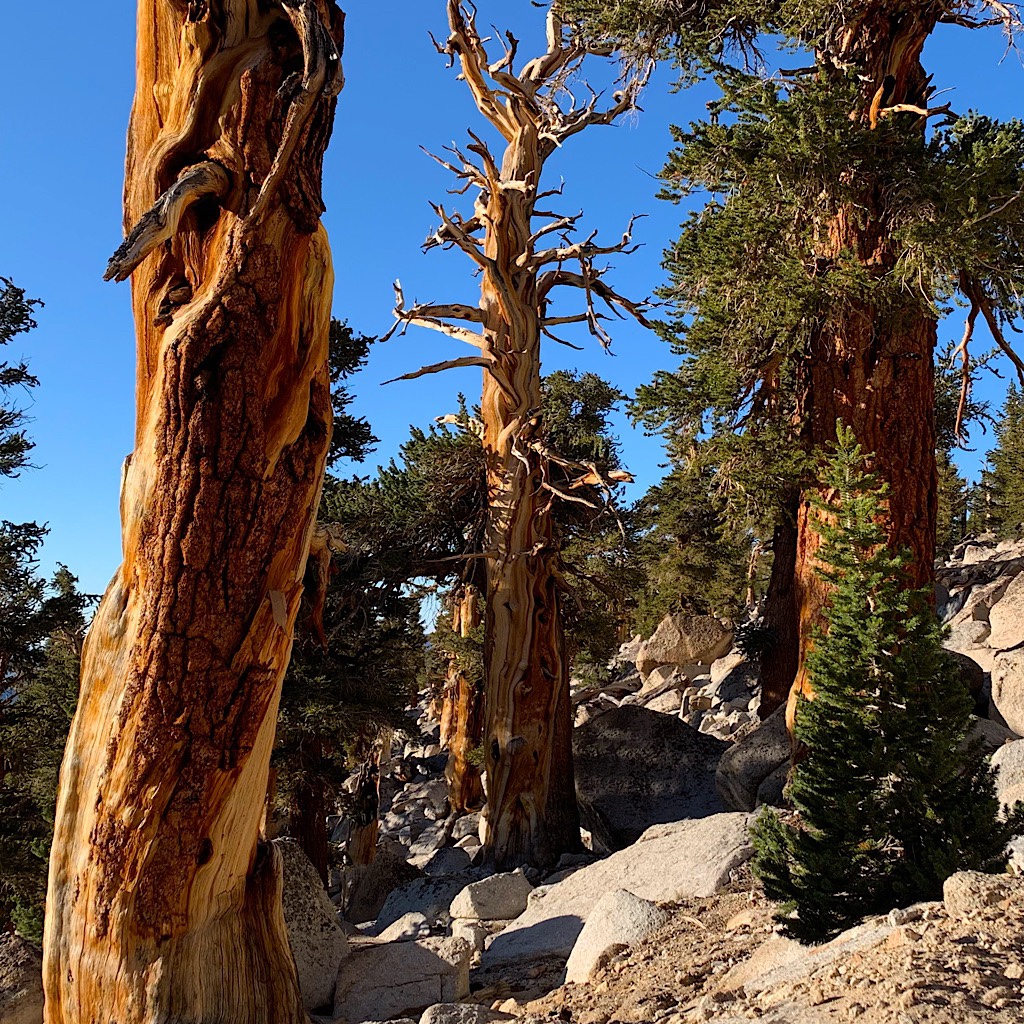 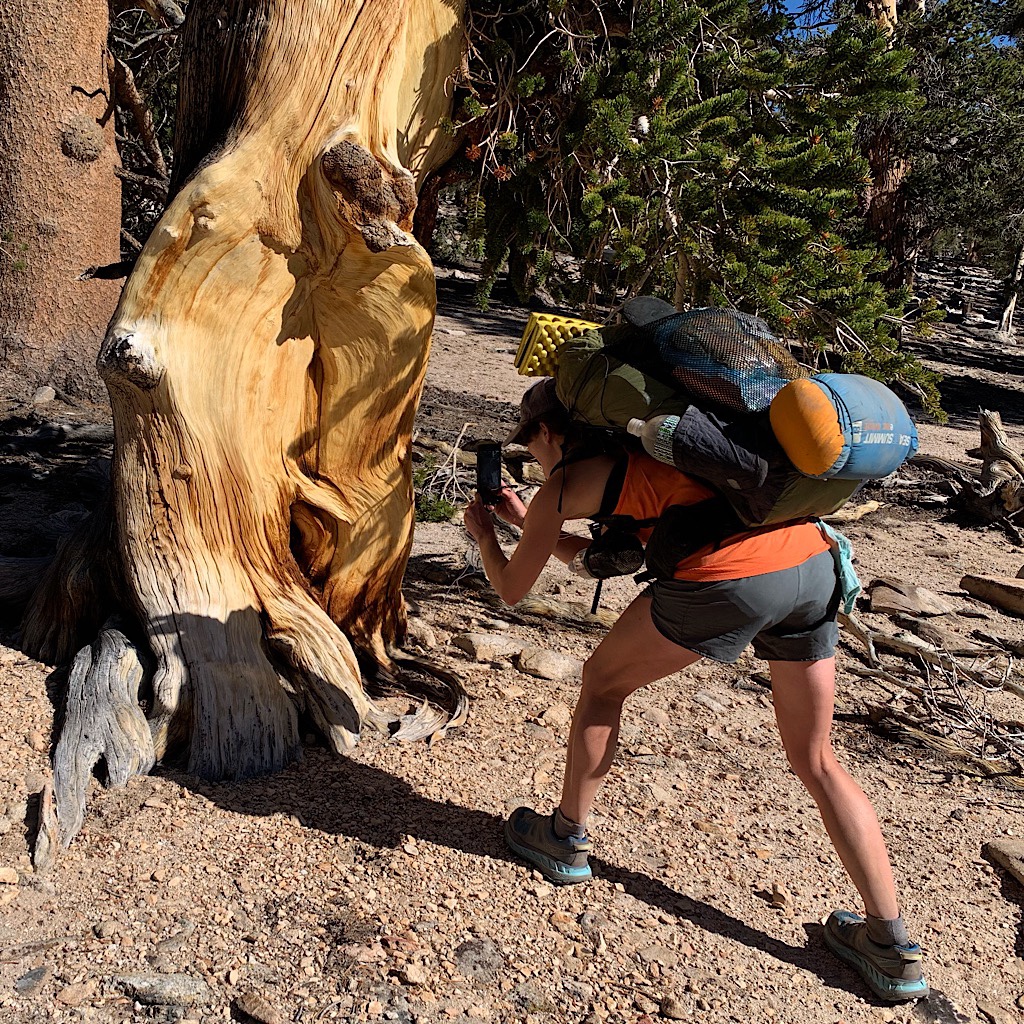 A hiker approaches asking if I have a map of the entire area. I don’t but wish him well and keep moving, simply enchanted by the trees and their many guises – young, growing straight and looking like a child’s rendition of a Christmas tree. Old and gnarled, part of the tree dead and stripped of its bark, the limbs like witch’s hands reaching to the sky. A huge dead sentinel with a pointy top or simply the twisted remnant of wood lying on its side revealing a spindly root system.

The trail stays mostly high up on the ridge, moving up and down some, winding past meadows, meeting a trail junction to Horseshoe Meadows and Cottonwood Canyon and a way out to Owens Valley. I arrive at the final creek for fourteen miles and camel up plus filter some from a small waterfall under ice to carry. It’s painfully cold as I use the Sawyer squeeze, even sitting in the sunshine. I’m tired and dirty, but I remind myself to give in to the process of one step after another. I made a choice to walk all the Sierra in one swoop, picking up food midway and carrying what I need. It makes for a long – and heavy – hike, but I fear leaving for a town and slowing my momentum before winter.

I have an early lunch and find after all this intense hiking, I’m ravenous. I eat bacon jerky and drink iced tea found at the VVR hiker box. Good score! Two hikers arrive, one eager to tell me all about his hike and how he’s about to finish. I get a little bored with so many ‘I’ statements, but wish him well and then move on. The PCT is not really a big encourager of humility, rather it seems to emphasize conceit. I already miss my friends from the JMT who had such a different mindset. 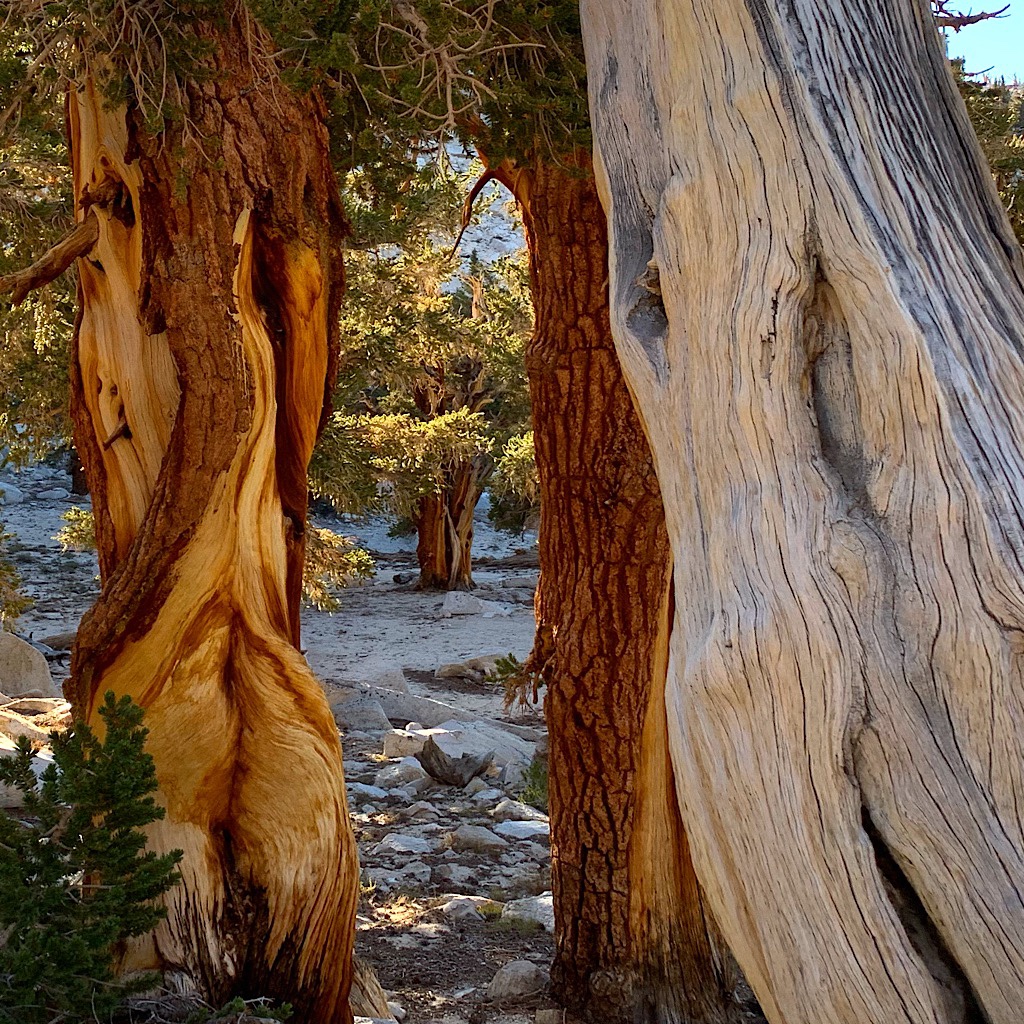 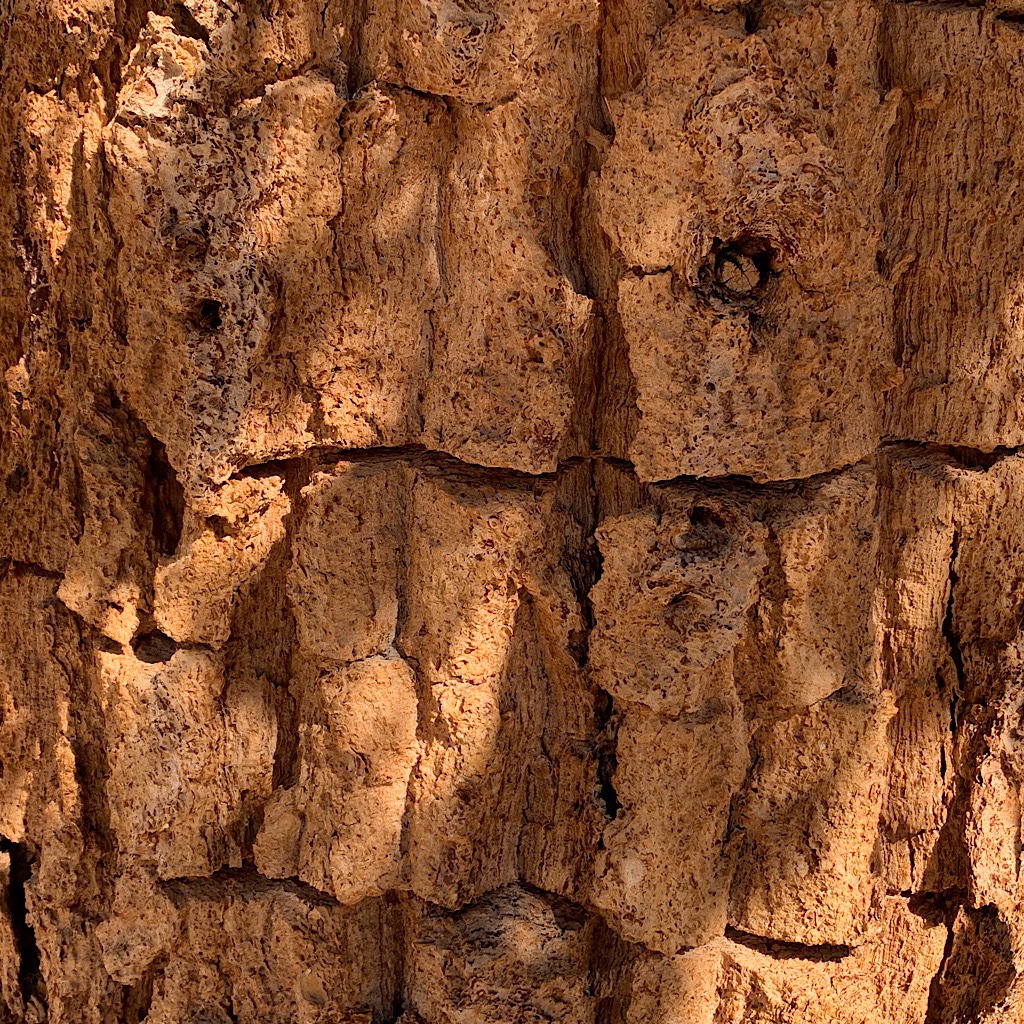 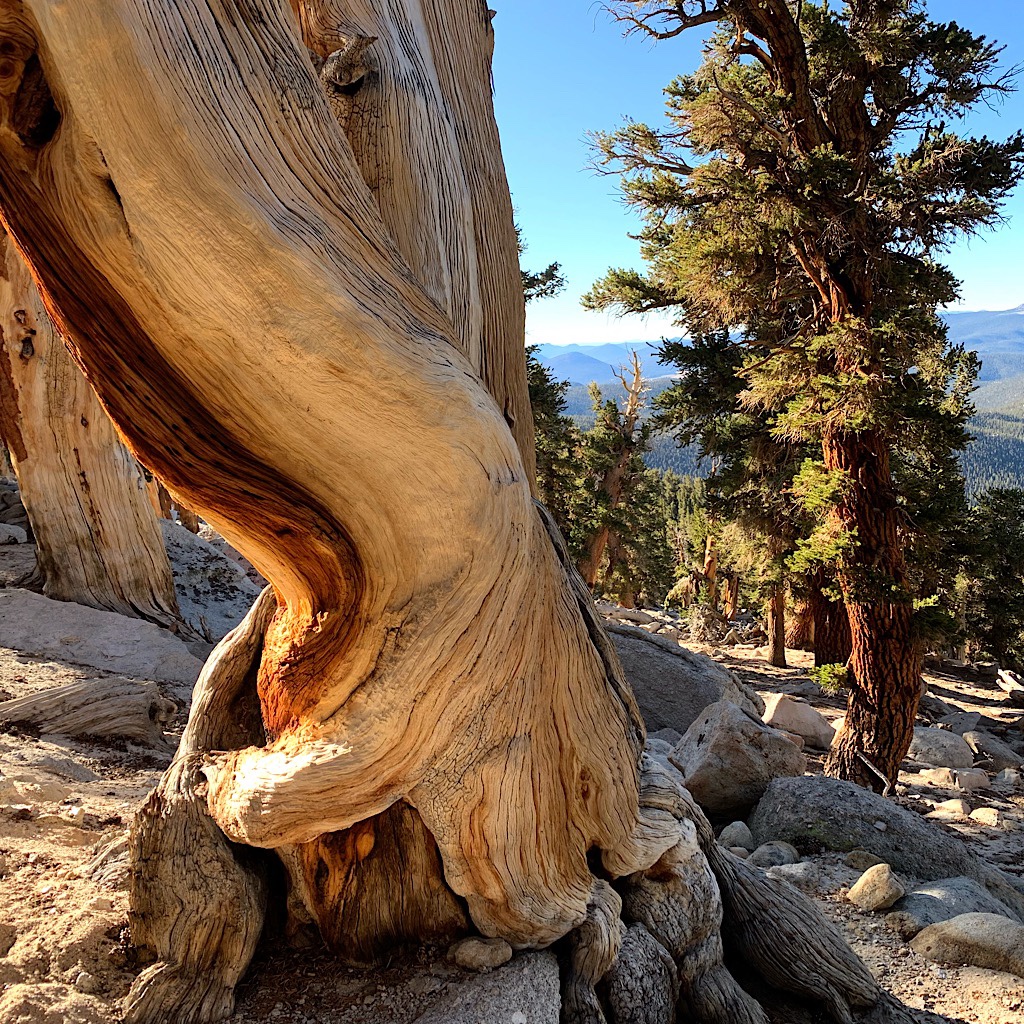 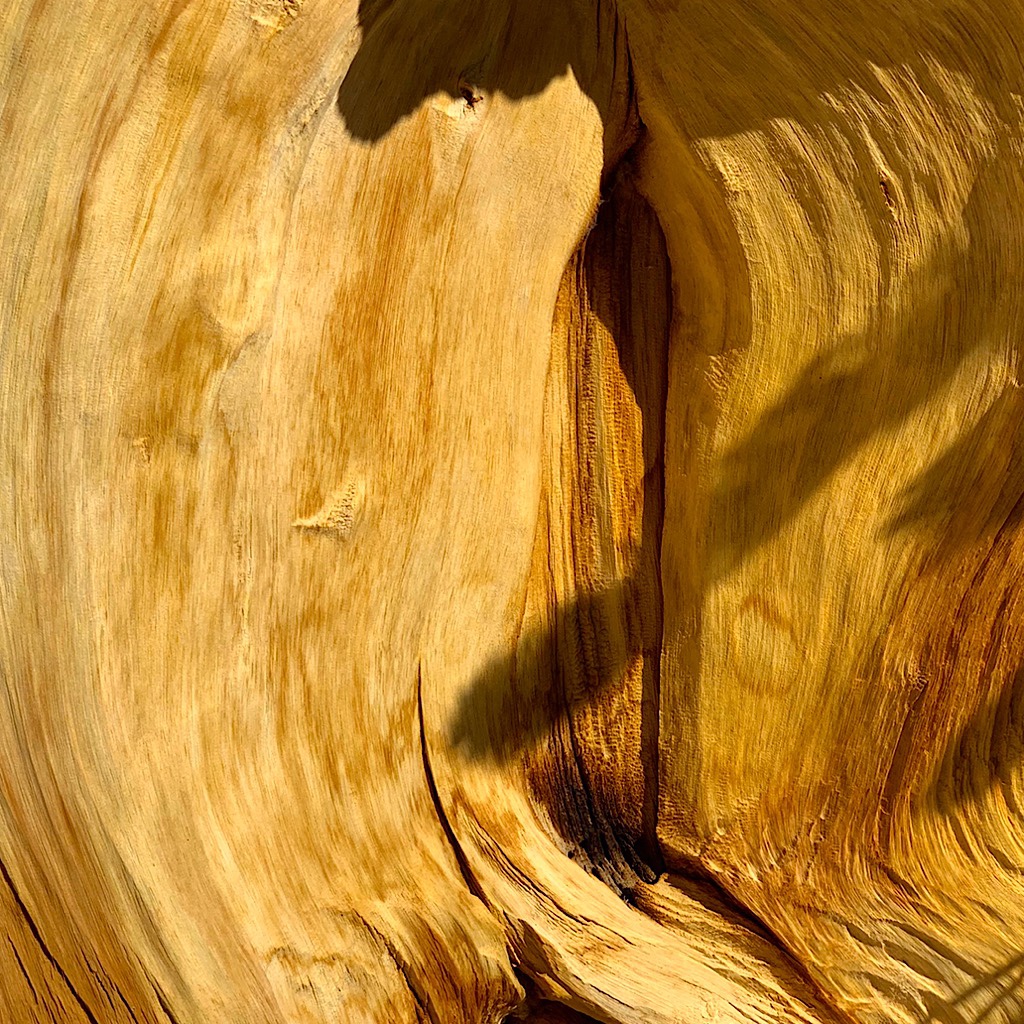 I plod along fully expecting them to pass, hearing hikers behind. But it’s not them, it’s two guys and a gal who I talk with for the next mile. Mary or ‘Little Legs’ is simply lovely. A nurse who worked in Peru, she took a day off in Lone Pine after a sunrise hike up Whitney. I skipped it mostly because I’ve done it twice, but also because I’m running out of time as it gets colder and colder. Little tells me it was incredibly cold and the wind was biting. She put her hands down her pants they got so cold. But the scary part is they came across a day hiker, cold and disoriented, who spent the night hidden in a tiny rock alcove at the top of the ridge where the two trails meet below the summit. They helped her by having her do jumping jacks, then sent her down telling her not to stop. Golly, I hope she’s ok – and frankly, I’m perfectly happy not having gone up this time!

Little Legs and I talk about hiking partners and how the trail surprises and delights us, providing just what we need at the right moment. She feels the trail called her to walk it – and looks out for her. I certainly have felt that way, though honestly it was Richard who sent me out here to give this a try. He and the trail are in cahoots! Little and I talk and walk up and up, both fascinated by the pines, one in particular with a burned out hollow shell, a huge stabilizing dead trunk and a thriving live section as tall as a house.

Little then mentions that the PCT Association sent out an email two days ago saying that if you’re not in the Sierra, it’s too late to enter. Whoa, thaf’s a wake up call and certainly makes me feel good that I pushed on through. This part of the Sierra is totally different. It’s dryer for one thing, the mountains more rounded and covered in pines. At the top of this ridge are rock formations a lot like Joshua Tree or the Alabama Hills near Lone Pine. There not so much noble, as whimsical, sometimes bulbous and melting, other times like rocks stacked willy-nilly, some even forming a crude arch. The trail walks us through a section that looks like Petra in Jordan, then to rocks that seem placed just so for a tired hiker to set up house. It’s so lovely up here as a view of the massive Owens Valley open up. She and the boys will stay here, but I head down towards a creek. We know we’ll meet again somewhere as we both head south towards Mexico. It’s switchbacks for several miles through more rock formations and stunning trees framing pointy rock outcroppings on a far cliff. I meet two more hikers who offer me food – I take the craisins – and pot, which I decline mainly because it might stop me from hiking. But I end up at the creek alone, cooking up hiker box mash potatoes with onion soup, pesto sauce and tuna plus Rob’s backpacker Creme Brûlée which is just the way to end this wonderful day of trees, rocks, views and good conversation.

Last night, I had a nightmare involving all the sad, heartbreaking emotions I felt before I started this hike. I imagine I’m feeling anxiety being out of touch so long and uncertain if I’ll finish the Sierra before it gets too cold and the snows come. But as I sat on a slab of granite on this perfect day, dirty, tired, and hungry, I realize I’m happy no matter what. 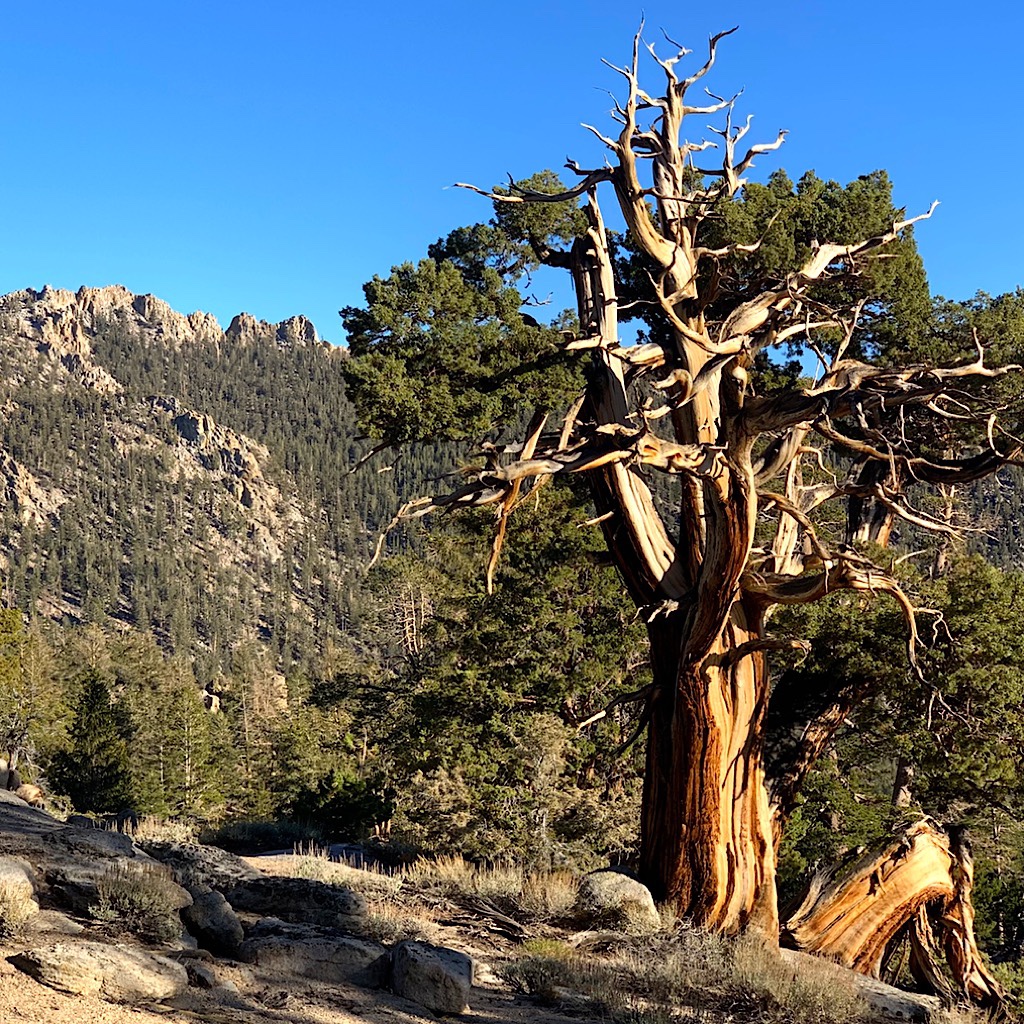