Without it (self-respect), one eventually discovers the final turn of the screw: one runs away to find oneself, and finds no one at home. —Joan Didion 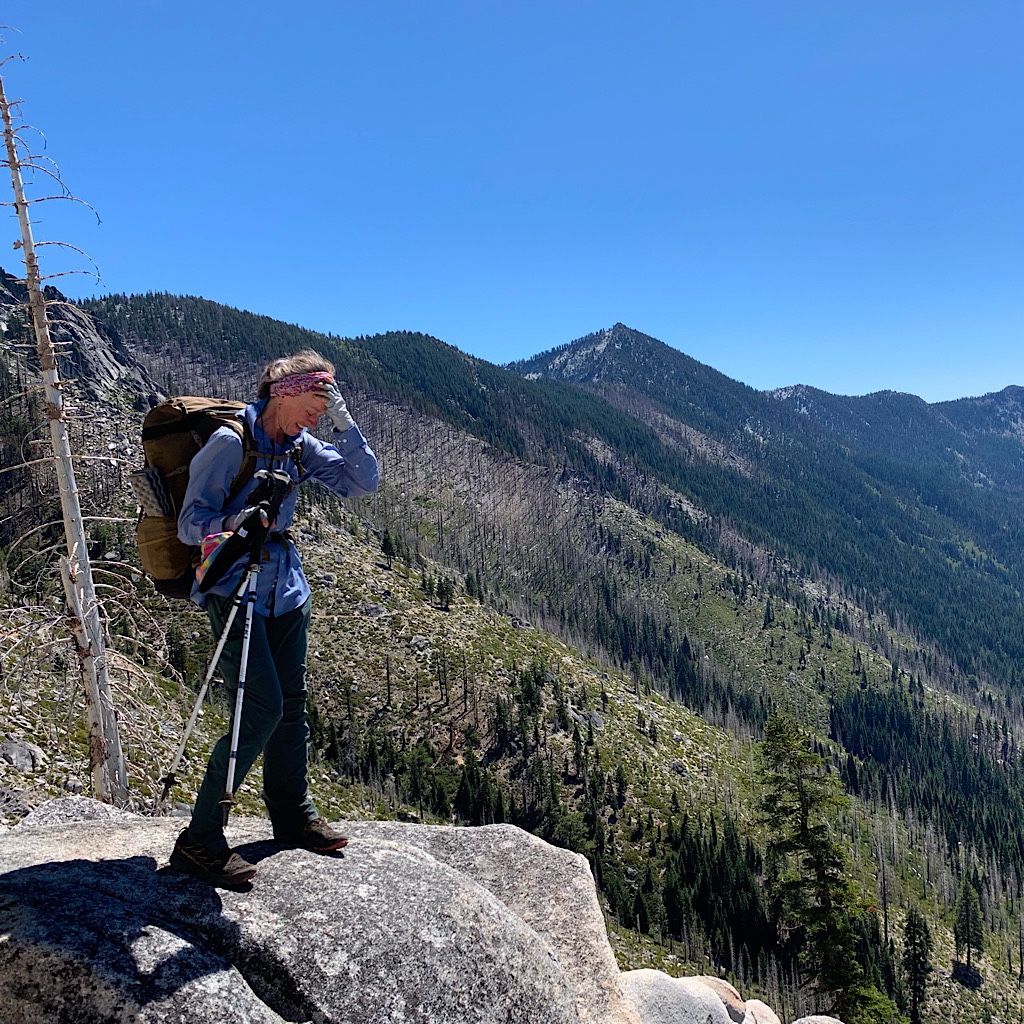 It was so nice to sleep in a giant bed with air conditioning blasting, though I stayed up far too late, and it’s not easy waking up without a sunrise nudging me to do so. I pack and cringe at the weight of my food. This first day will be hard with the added weight, but I will slowly eat it up and by day four out here, I’ll feel light and nimble (I hope)

Our ride, the motel manager, seems to have forgotten us so we get to know one another on a cool morning. Daddio is a flipper with his daughter Kaya. I say a bit too much about why I’m here and they tell me they live in Saint Louis Park, a town bordering Minneapolis. This leads beautiful Kaya into sharing her horror story of being fired, presumably because she crowded her manager’s car in the lot after he took two spaces for his truck. Needless-to-say, she has struggled with feeling resentful for nearly two years.

I am impressed they are hiking this trail together, though they admit they need breaks from each other, so walk alone often. Daddio has his dirty water bottle held together with duct tape, and I’m thrilled I can give him an extra I’ve carried in case one of mine burst. He gives me a big spontaneous hug. ‘Trail currency,’ it turns out, wins friends. 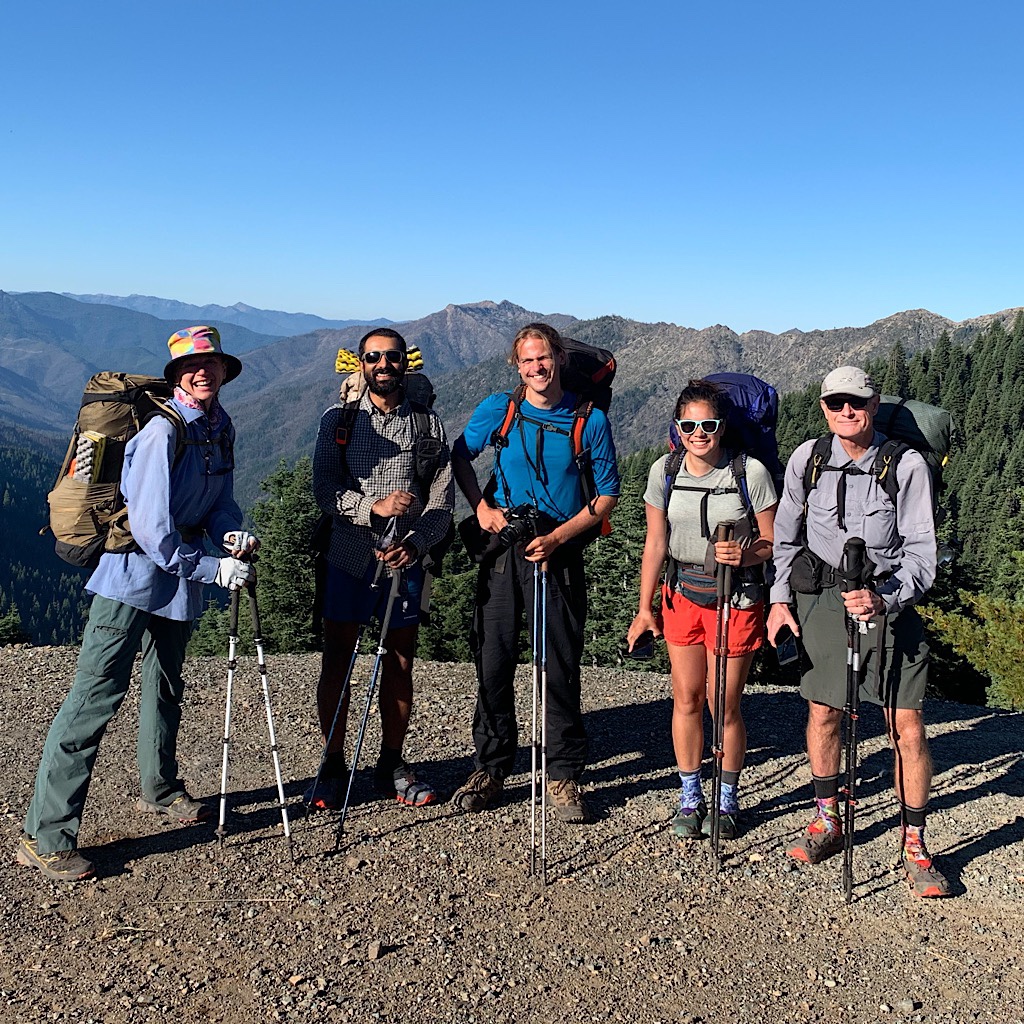 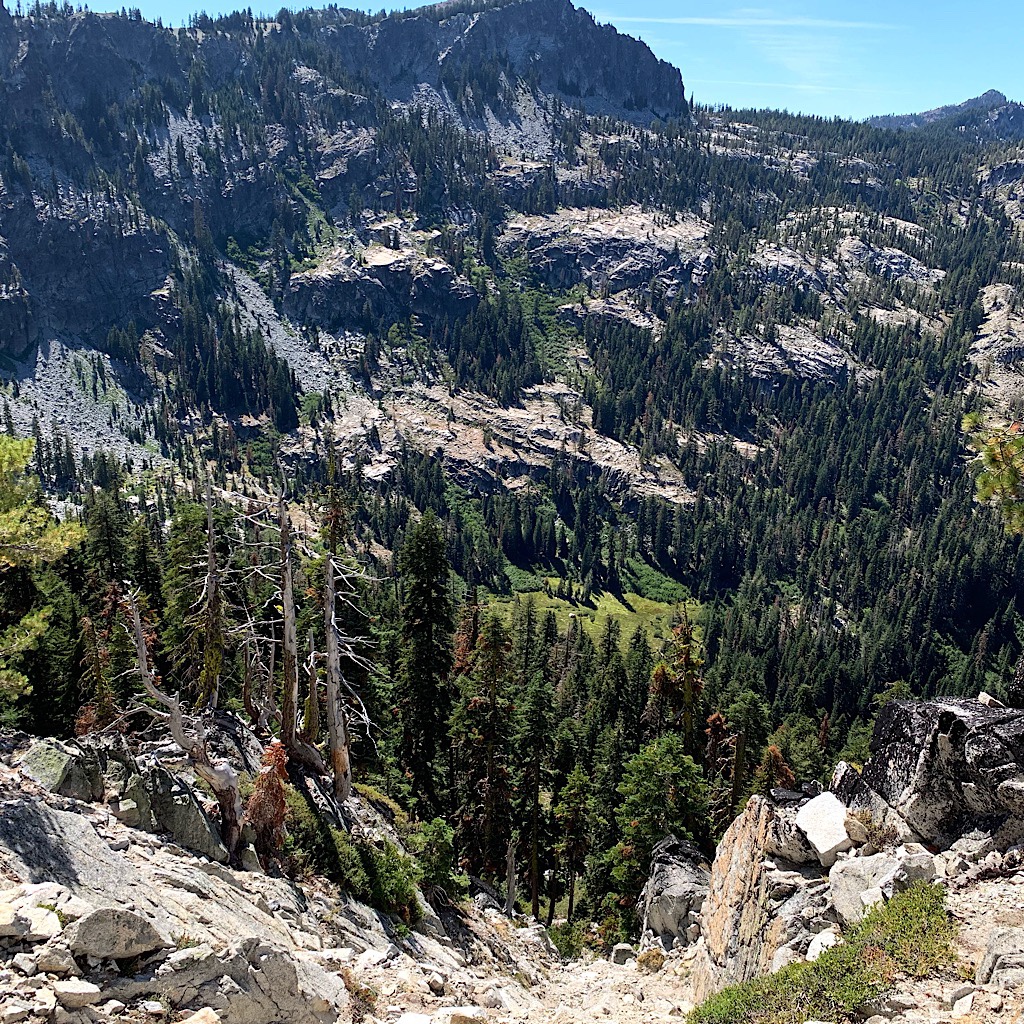 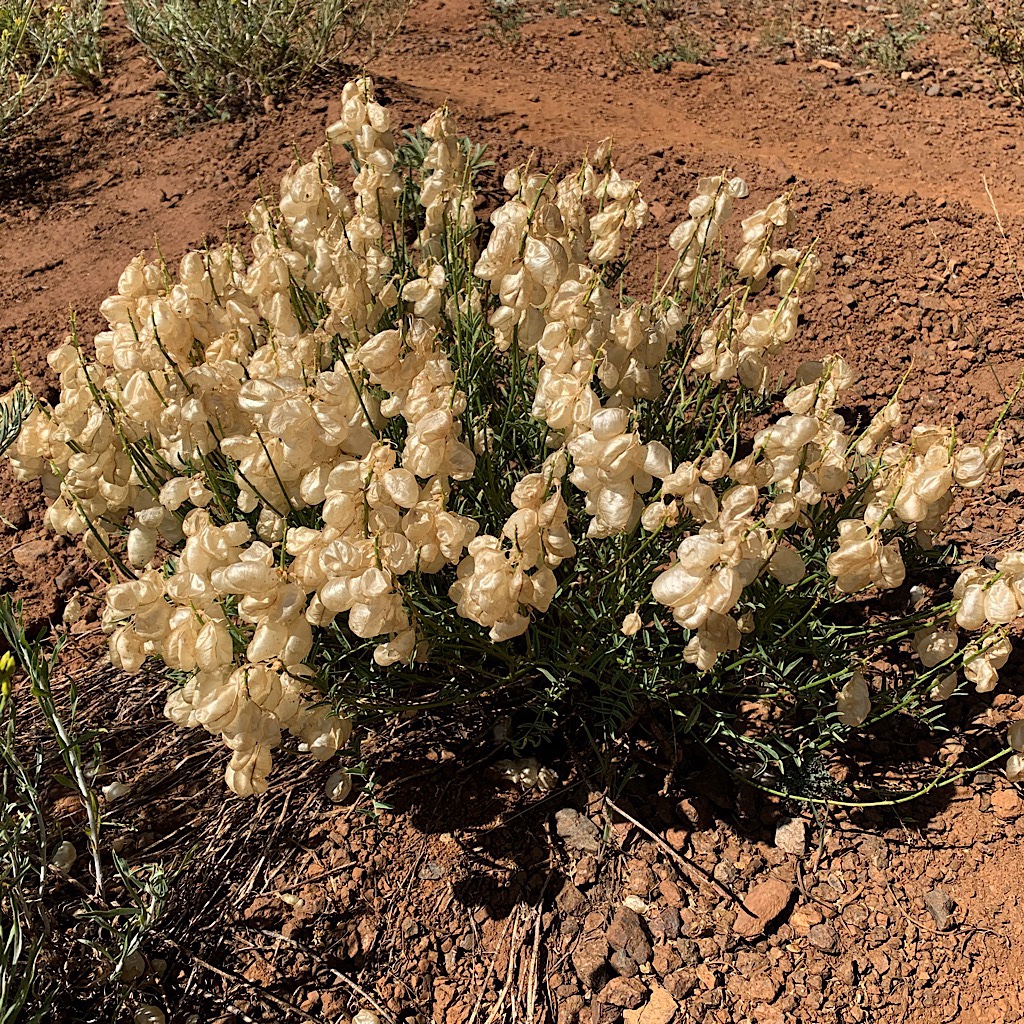 Oliver is a German who now has Danish citizenship. He is so relaxed with the hike, doing long days but slowly, and in his own style and pace. We end up walking for the first several hours talking non-stop about politics and the unique culture of Denmark. He is smart, well read and maybe the most interesting person I have met on the trail. He nearly makes me fall over laughing when we talk about young people and he says every day he needs to tamp down his ‘get off my lawn’ tendencies – all with a German accent.

His friend ‘Chef’ is from Northern India, near Kashmir, but now lives about five minutes away from where I used to live in Houston. He is also a talker and interested in everything. The three of us walk an hour or so together and chat about religion and movies. These two have been a day behind me all this time and I am so lucky to have finally met them. They’re focused on making the miles needed to finish, but possess a casual, friendly and inclusive attitude. I like them right away.

We lose Kaya and her dad. I met them before Etna, and she is strong but going slower than me, so I will likely only see her again if I take a day off. The trail goes up right away on well built trail, reinforced with rock walls and even stairs created to help stop erosion. It’s granite here and looks like a preamble of the Sierra with huge walls and rock so light, I need my sunglasses. 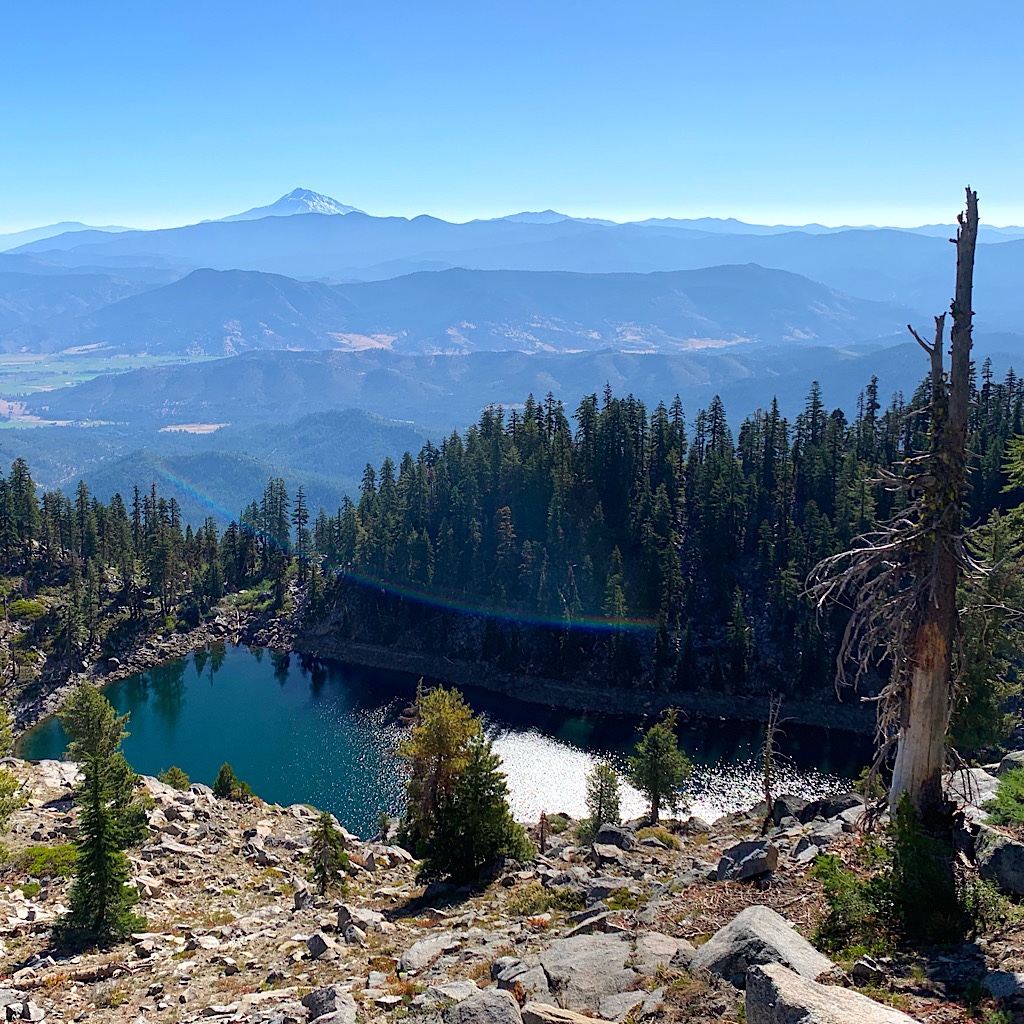 At a stream, we meet two older Germans who call themselves ‘Professor’ and ‘Good Luck.’ I have not seen them before, though Good Luck seems to recall meeting me in Oregon by a lake. They ask where I am from – or as Chef says, where I ‘stay’ – and I tell them St. Paul. Curiously, Oliver does not know who Paul was so I quote a bit of the highlights like the one about love not being a clanging cymbal and that seems to satisfy his curiosity.

We move on, going up into the woods, and through a burn area. Good Luck shoots off like a rocket, but Professor needs to let me pass exclaiming how fast I am. Not really, just a bit faster than him. We come to a pass where a couple is hanging out with a soft furred dog. I simply swoon over the view towards granite mountains and a deep valley in the shape of a U. Above us are weird formations I call ‘Cubist Penises’ not to be risqué but to accurately describe what I see. California is where my stock word for nearly everything I see comes out of storage – ‘amazing!’ The views and this long balcony walk open for viewing. It troubles me that hikers call Northern California ‘boring.’ In the forest, the moss is battery acid fluorescent green and clumps of flowers dry into off-white pillowy sacks that rattle when I touch them.

We collect like animals of the savannah at water sources with me usually cameling up rather than carrying because the distances are only 5-6 miles between streams. We crowd under a thin strip of shade and eat lunch, a nice camaraderie building. I leave first because of the late start and still wanting to walk at least twenty miles. 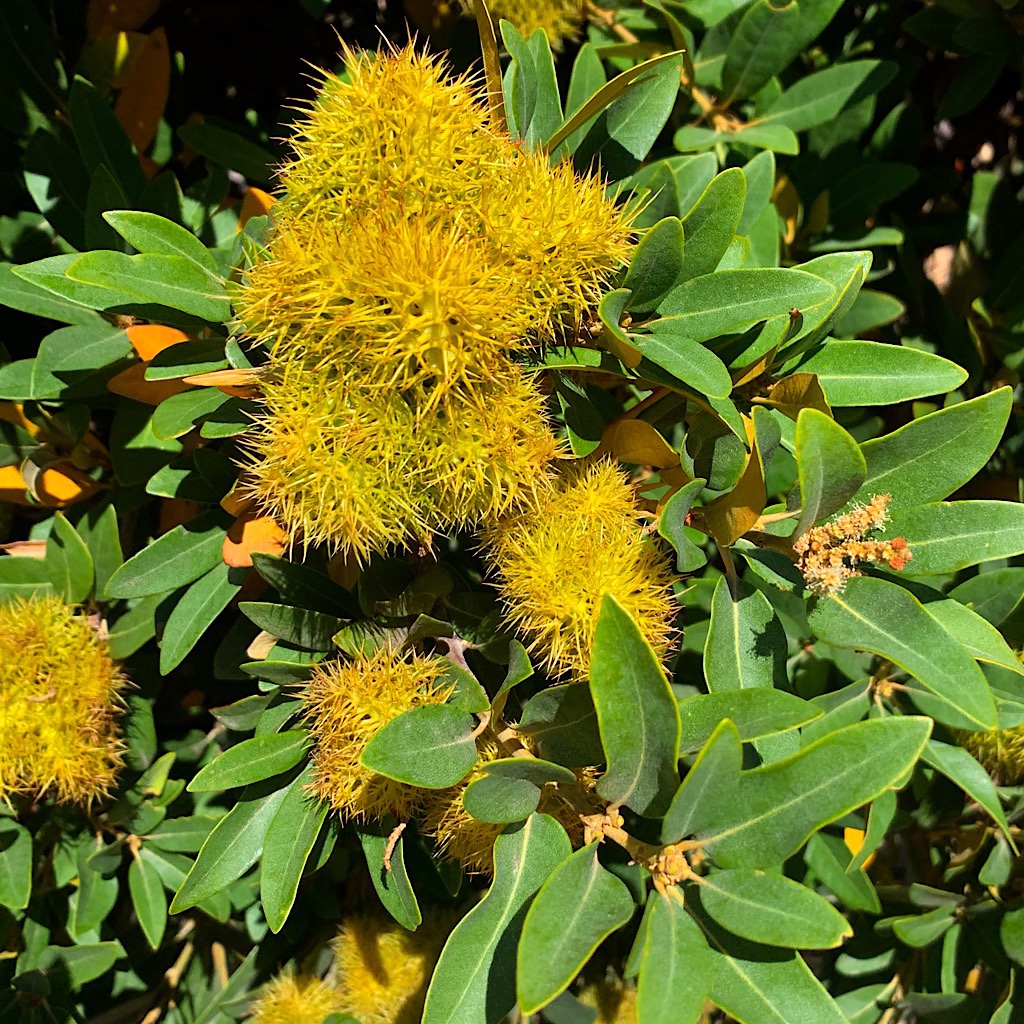 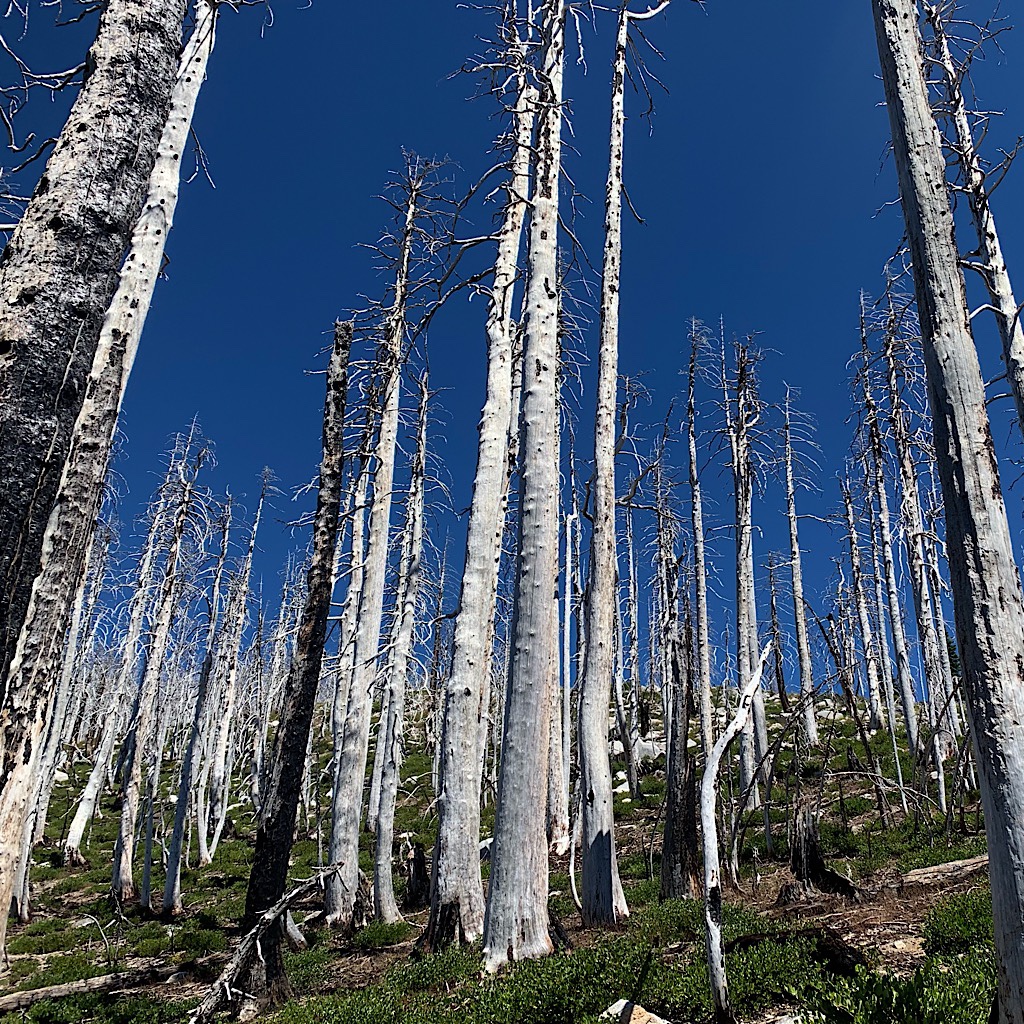 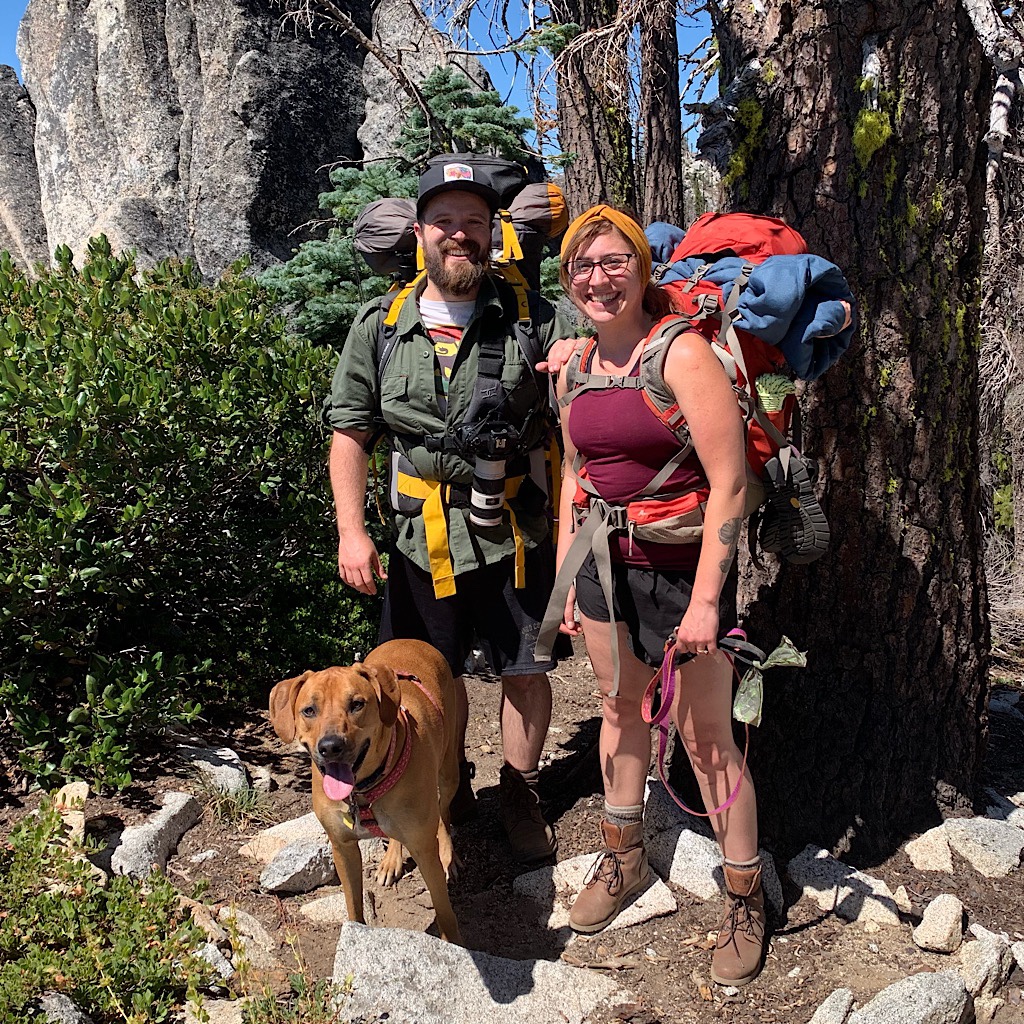 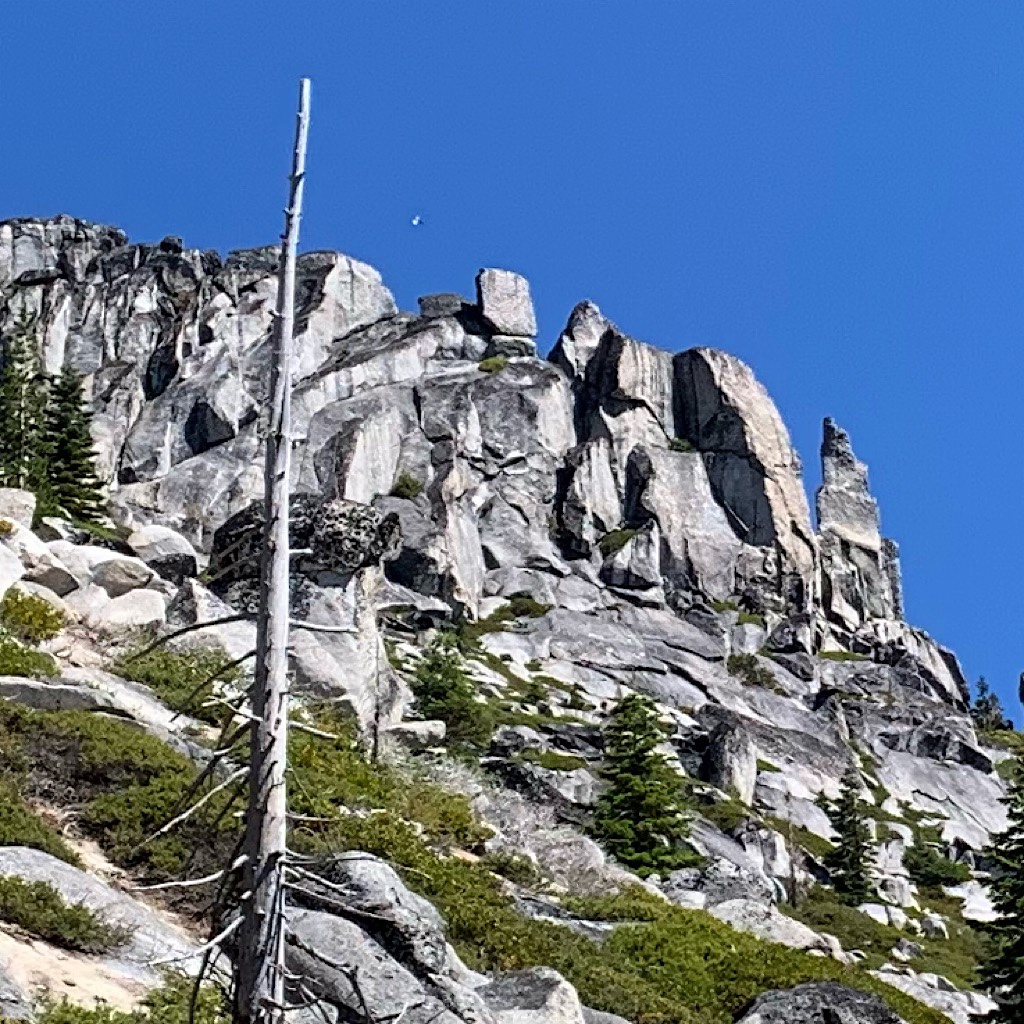 At this point, we split up. Chef says he goes fast after 1:00 and Oliver slows down, seeming to prefer arriving at camp after dark. I walk alone up and over another saddle, giving me a closer look at the snow covered Trinity Alps. This area is totally different, though, with red rock and soft brown grassy meadows. The wind creates a song in the pines and calls me along this undulating trail, steep up then down, then up again. l come to another spring where someone has strategically placed a leaf so there is a kind of spout to place my bag for filling.

In several miles, I enter the Trinity Alps wilderness, a place I hiked as a teenager with my dad. There is another stream for me to camel up, saving my carry for the last stream on a steep uphill. I find no single camp spot here, though catch up to Chef as Good Luck catches us. So I follow their lead, and carry the seven extra pounds of water up and up, as the sun turns this valley orange.

I pass a saddle where someone is camped and go a bit further spying a single spot right on the top with a view into the valley and out to the alps ahead. I set up and cook as the sky turns purple. I’ll be in those mountains tomorrow. A bat flutters in the treetops and large black ants can’t help themselves wanting to crawl on my skin. The stars come out on a clear night and it is absolutely silent except for a few flying bugs. 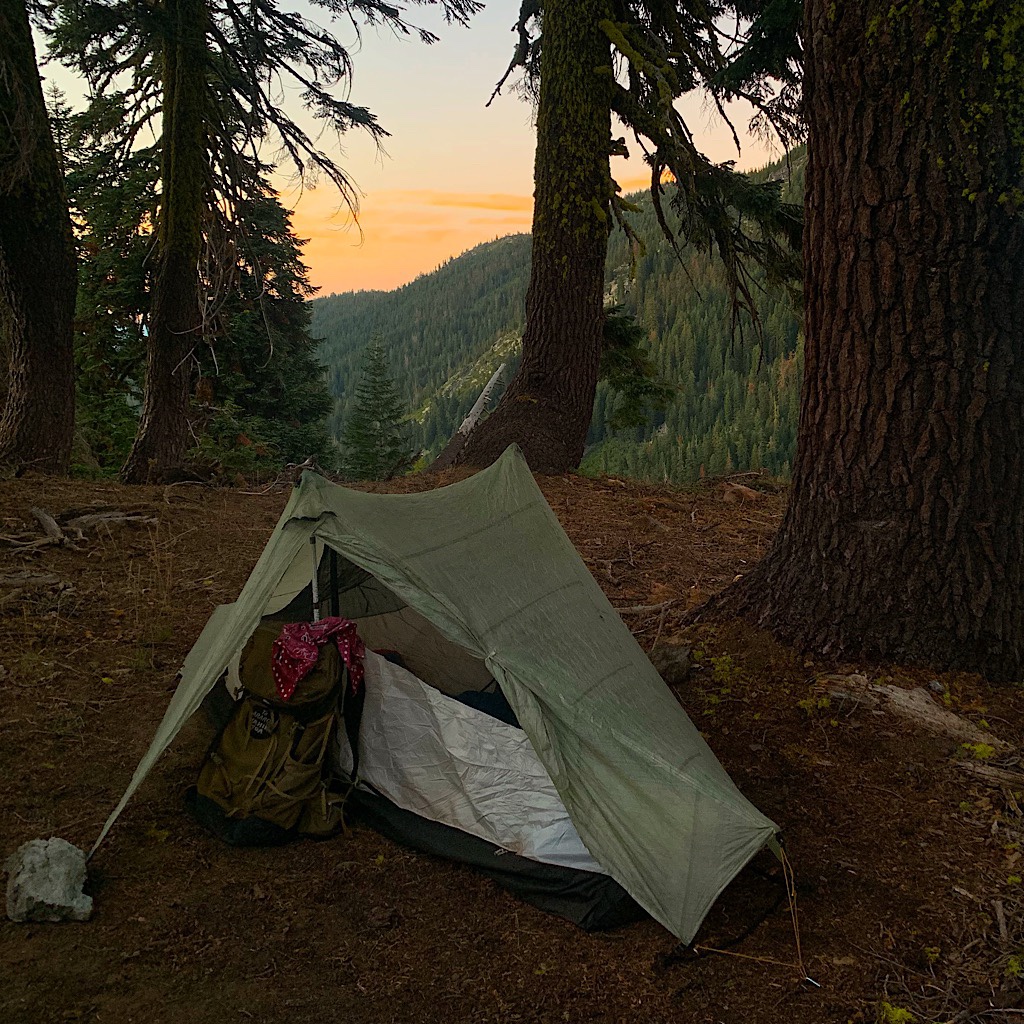 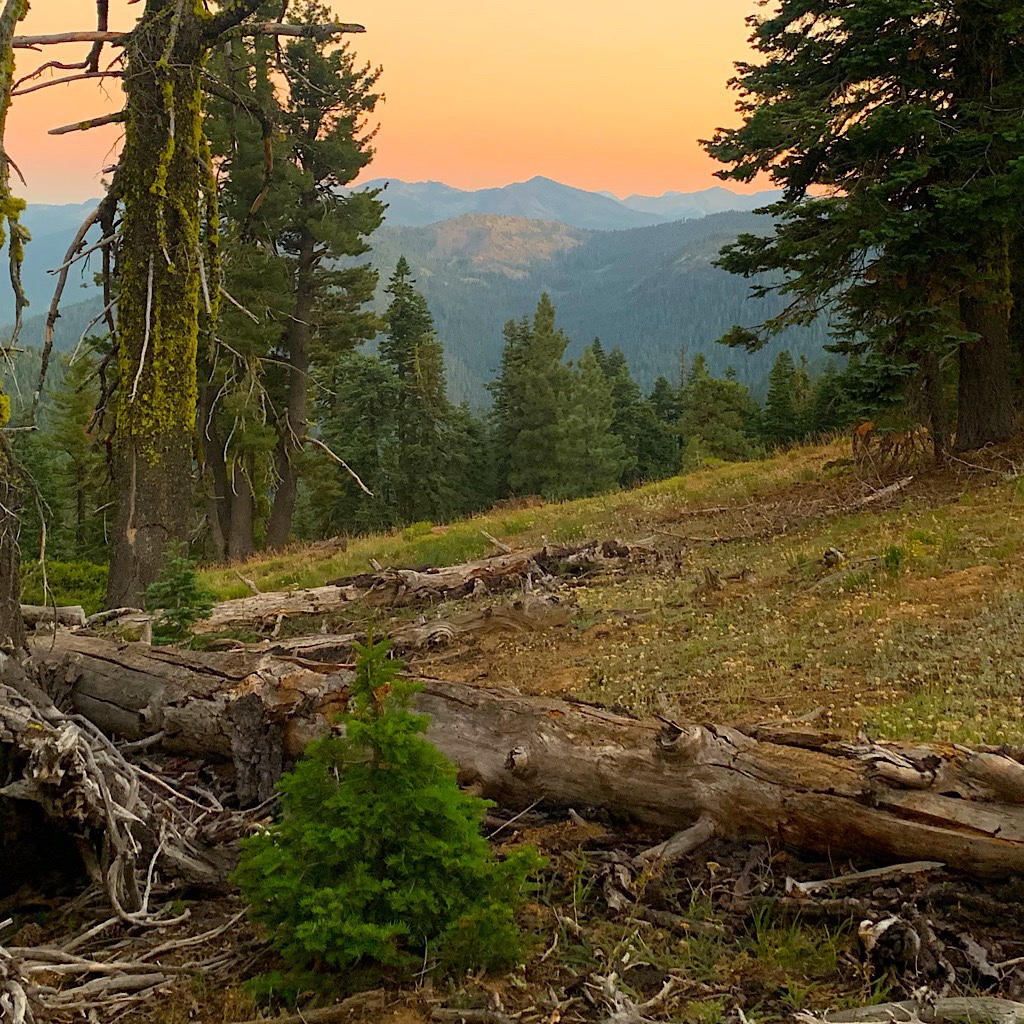