To live will be an awfully big adventure. – Peter Pan 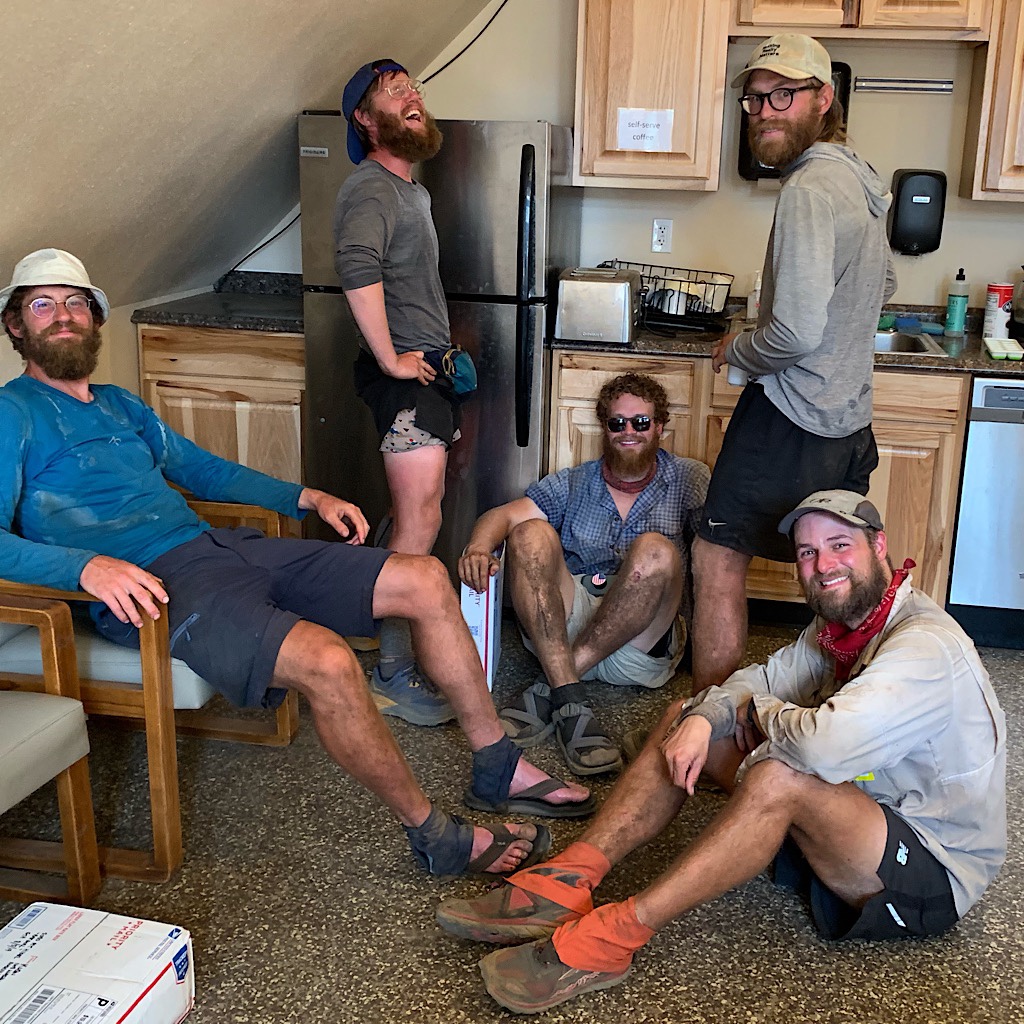 A perfect night of stars and a little wind and some jerk with his huge ‘security’ light on in the valley wrecking the view. What is it with the need to leave a light on all night, especially one that faces up and out and spatters everywhere destroying the night sky?

Just as I ask this walking out on my private rock verandah to view the sunrise, I notice I left my used floss casually discarded on the ground. Doh! Well, we could all improve I suppose. 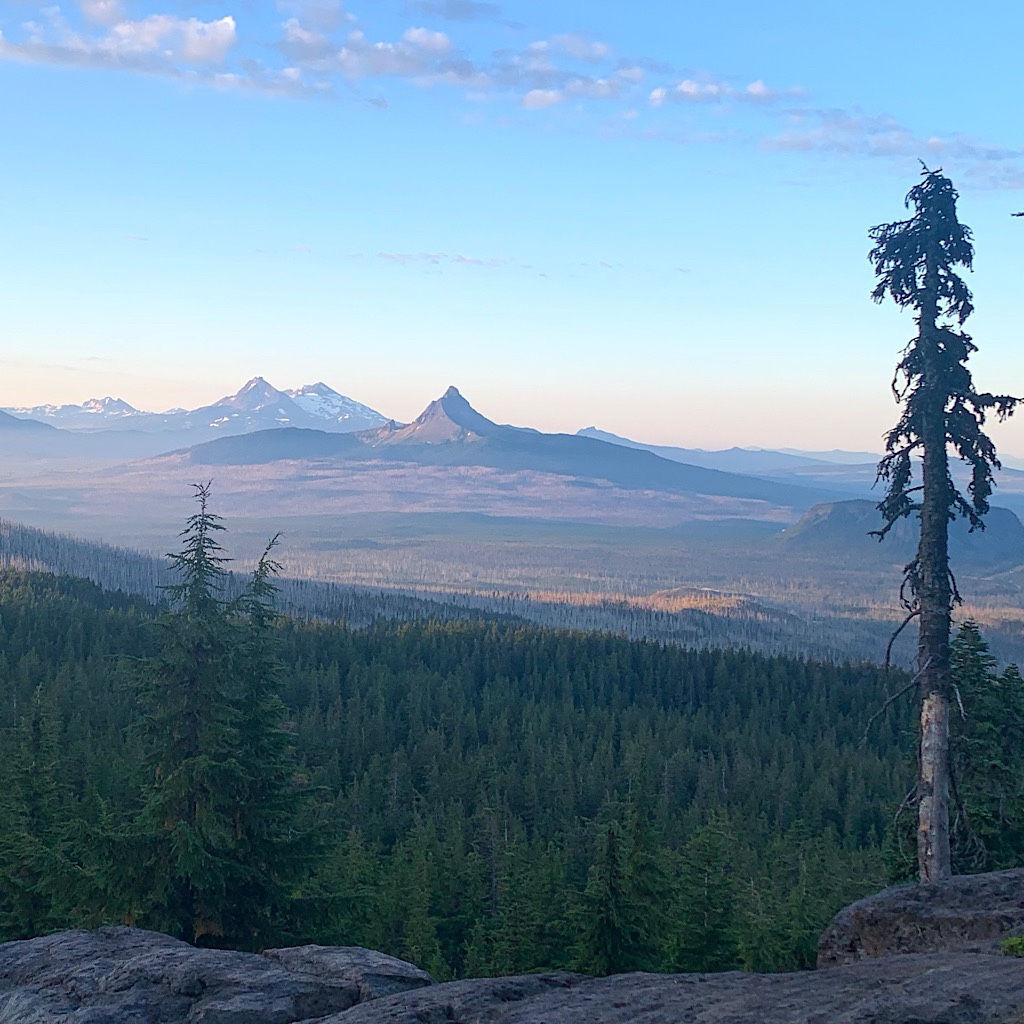 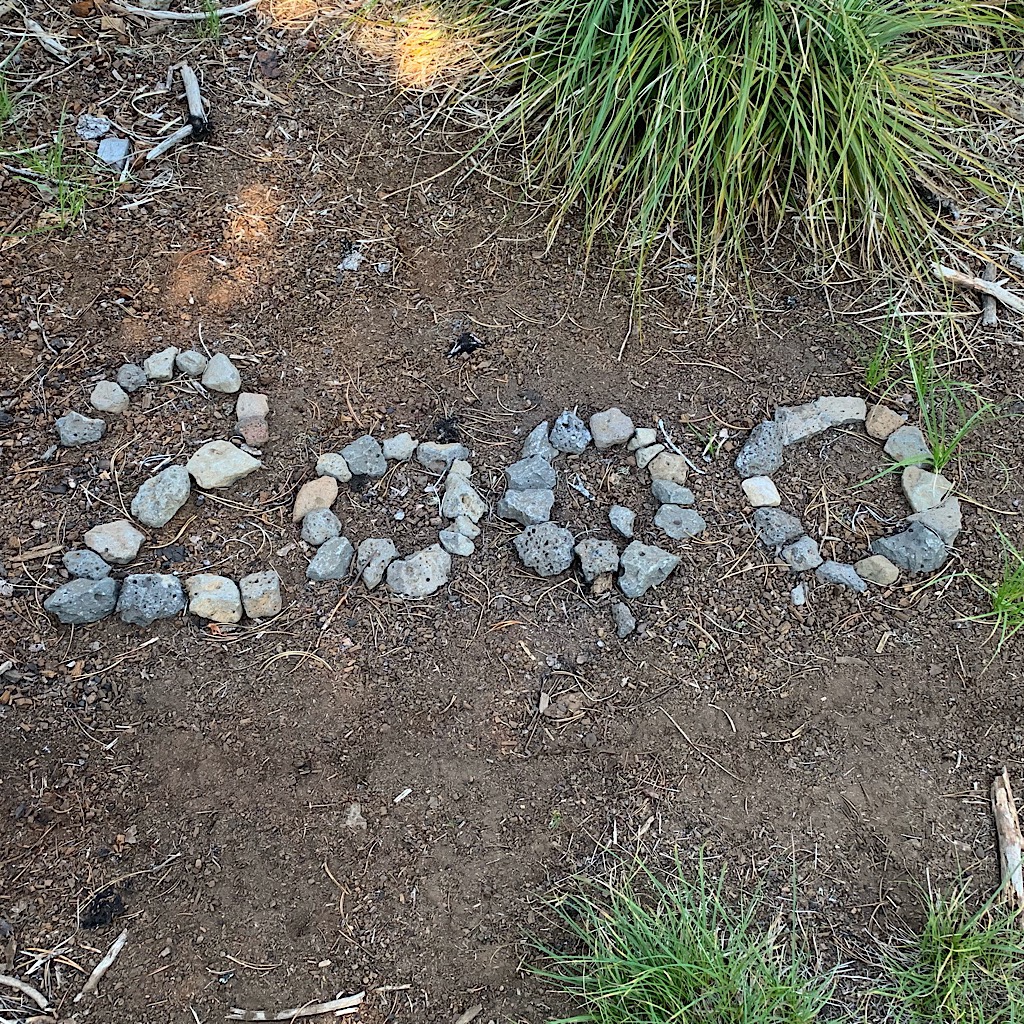 I hate to go, but after a brief breakfast I pack up and head down into an open burn zone, my hair in a bun and stuffed in my hat, the buff as an ascot under my turned up collar, sunglasses adding an ‘air of mystery’ – or just hiding the bags forming under my eyes seemingly more quickly sleeping in a tent.

It’s funny how easily we look back at things and say, “I should have – fill in the blank.” But there’s no way of really knowing what’s ahead, so we make our best guess. Yesterday afternoon it seemed prudent to stay put low by the ponds until it cleared and I not only had the energy, but had the desire to head up and see the views myself. What a lark to have the setting sun so dramatic, then find that soulful single spot.

That being said, it’s not linear or always logical how I move on a thru-hike. Sometimes I just need to be near water, or position myself for the next day – which I happily did now as it is already very hot and I would have hated that big climb in the sun. 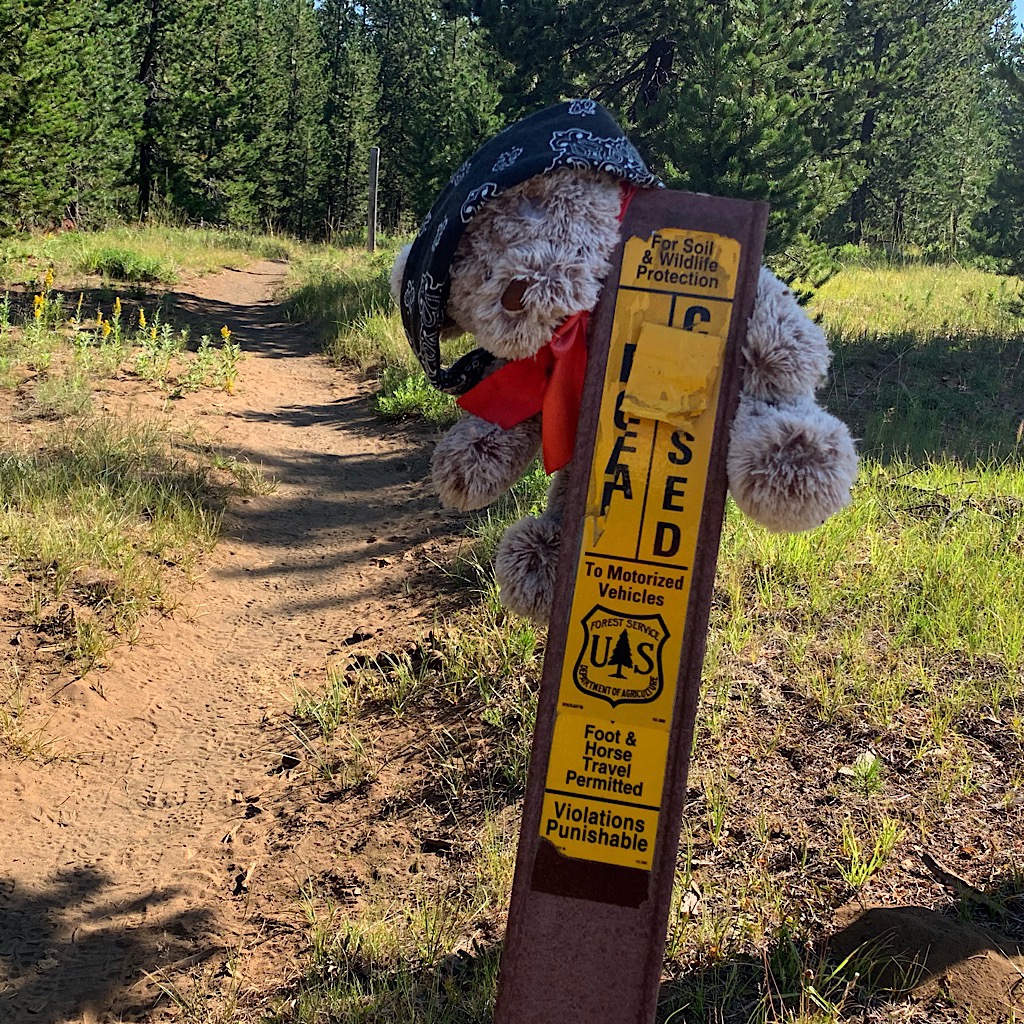 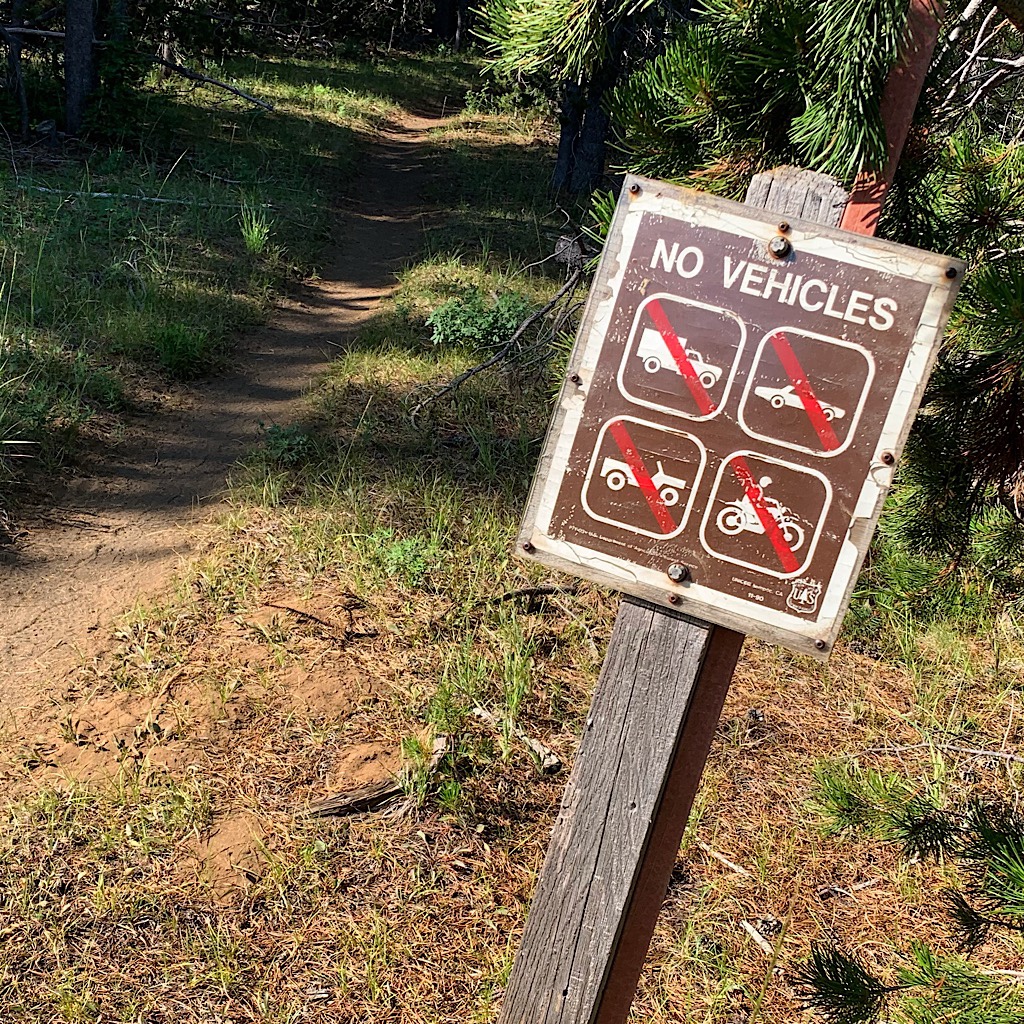 It’s mostly sand I push through here, hard to walk in and filling my shoes. At a water cache, I meet a man thrilled to be heading up after a break in Sisters. I’ll skip Bend and Sisters this time, but they are on my list. He assures me they’re awesome spots.

I cross the highway and head (thankfully) into tree cover. A sign warns that no vehicles are allowed on the trail with pictures, including a 1970s sedan, (Andrew, Oldsmobile Cutlass Supreme? or is it a Dodge Dart Swinger??) though it’s unclear how someone could possibly even attempt to drive down this narrow trail.

I soon hit a dusty dirt road that parallels the PCT and takes me to Big Lake Youth Camp. My friend Vicki writes to say not to miss this place. It has already become famous with thru-hikers for the incredible generosity and organization, completely run on donations from us hikers. 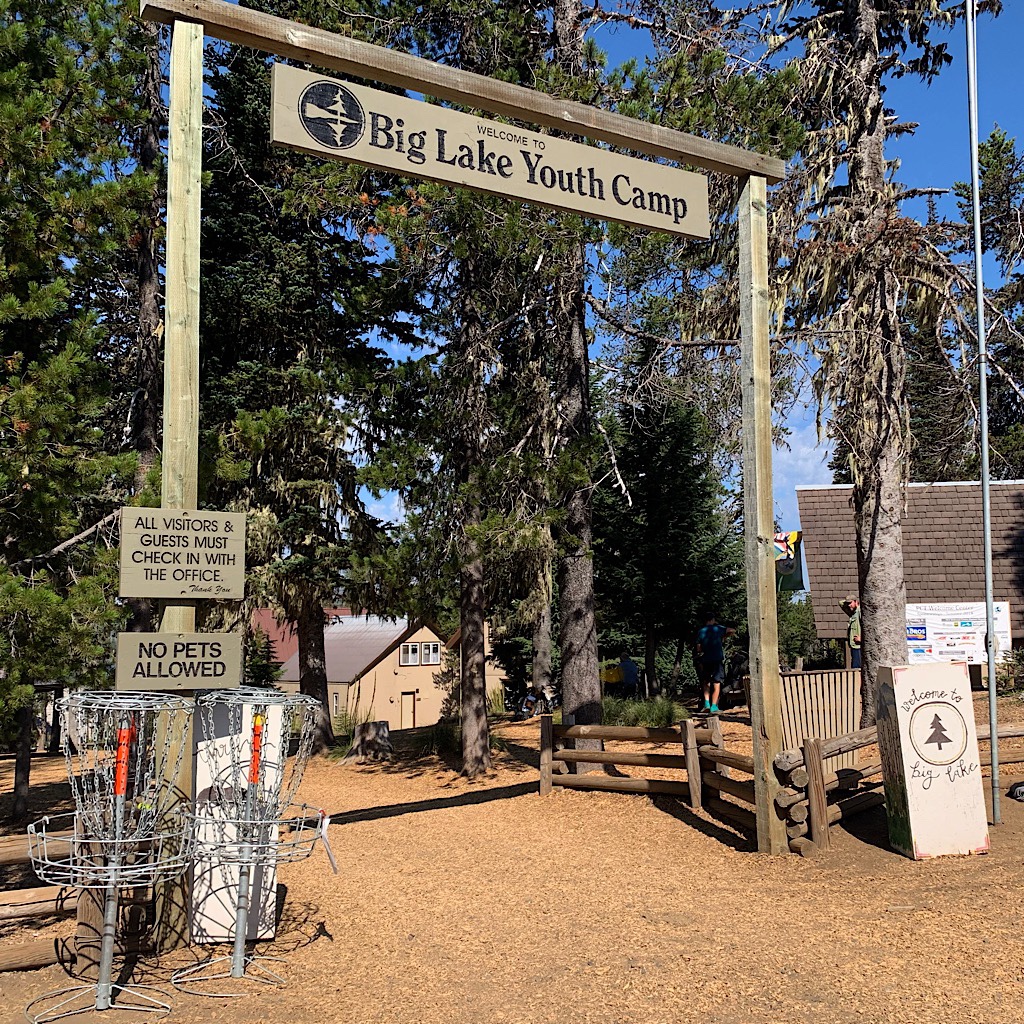 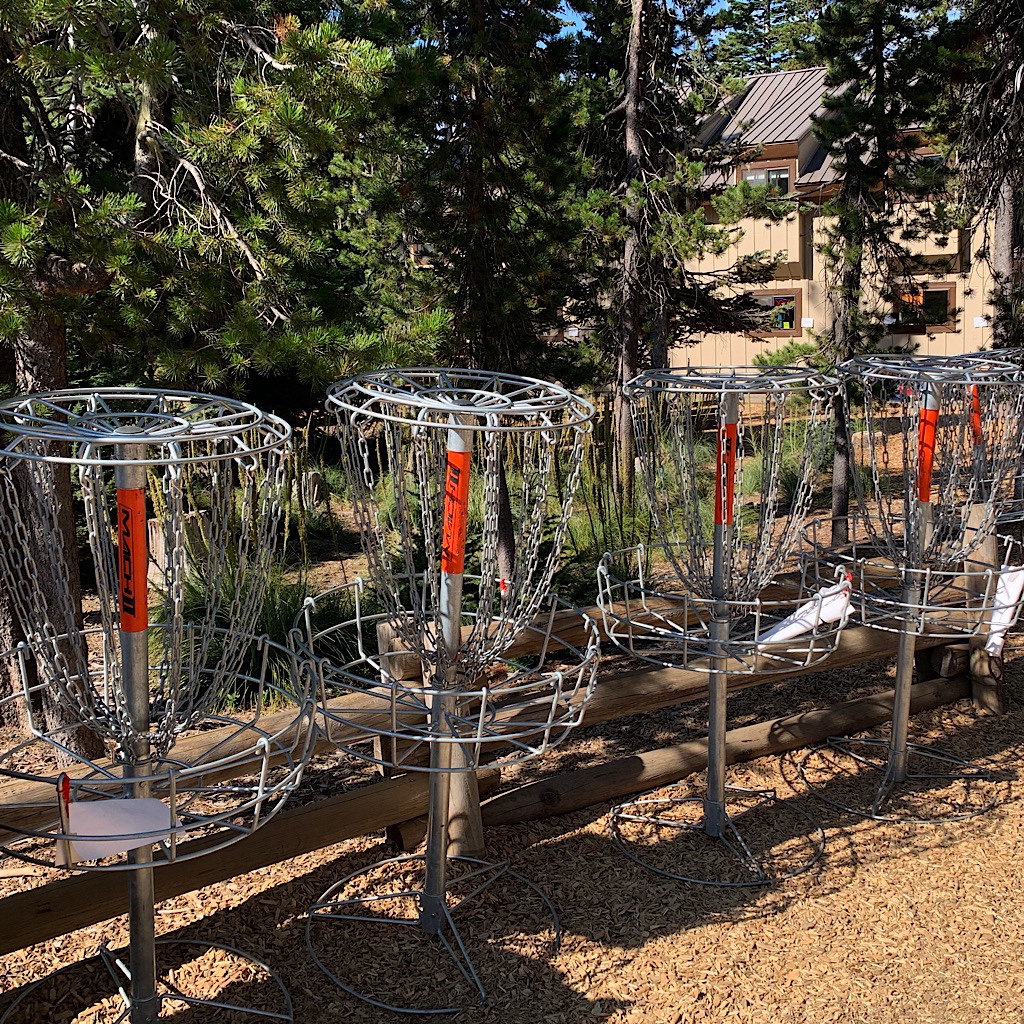 I sign in and immediately I am first in line for the laundry and a shower. I share my load with ‘Huckleberry’ and snag a T-shirt and pair of shorts from the hiker box to wear while my clothes wash. It does take a fair amount of scrubbing to get the dirt off my feet, and I’m unsuccessful when it comes to the toe nails, but I feel like a million bucks.

We are invited to use our own little building where our resupply packages are stored, the hiker box is handily located and a giant tupperware of homemade chocolate chip cookies greets us. Comfy chairs abound and plenty of sockets for us to charge our phones and batteries. They even offer three meals per day and a special spot to camp on the lake. This Adventist camp is absolutely fantastic.

I charged up, eat far too much, talk to Richard, post a visual-audio essay for my patrons and put my feet up before deciding to venture a few miles out to just below Lava Rocks so I can catch it at the coolest part of the day. 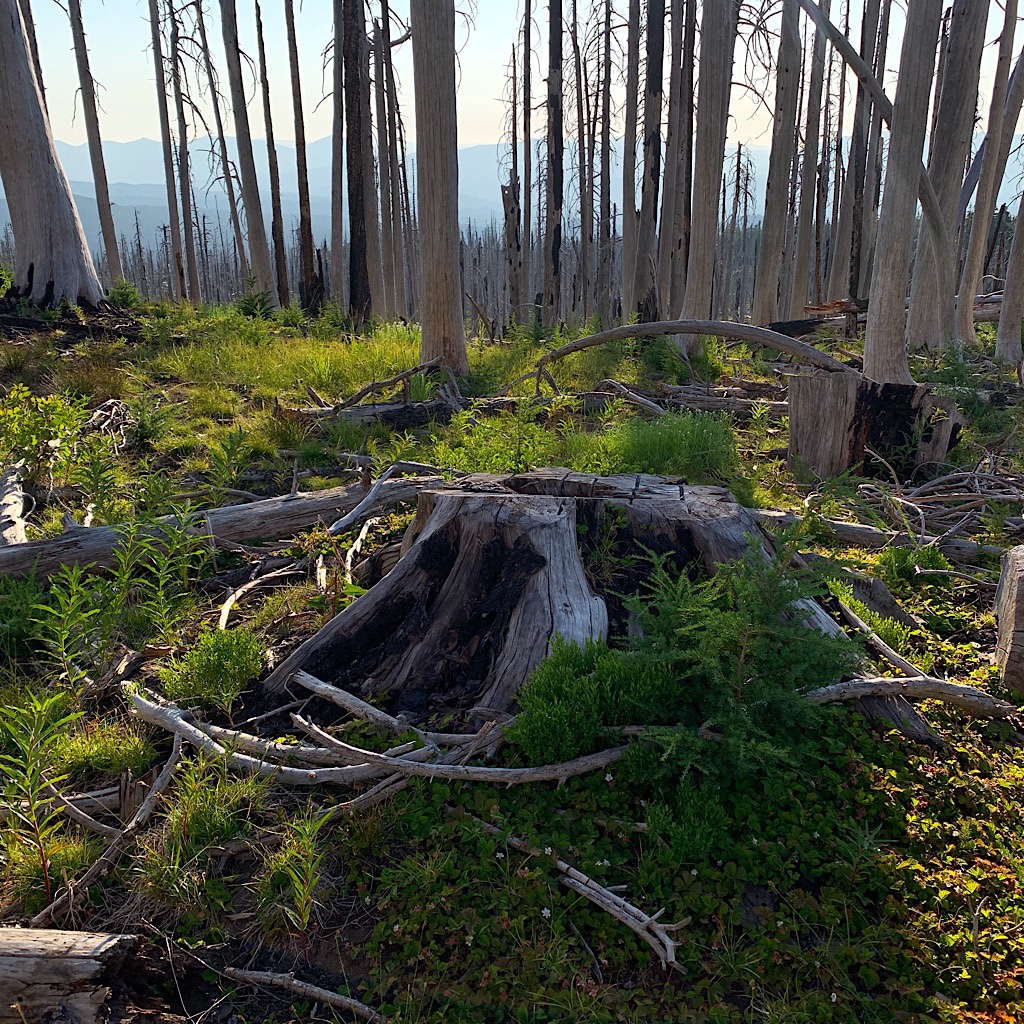 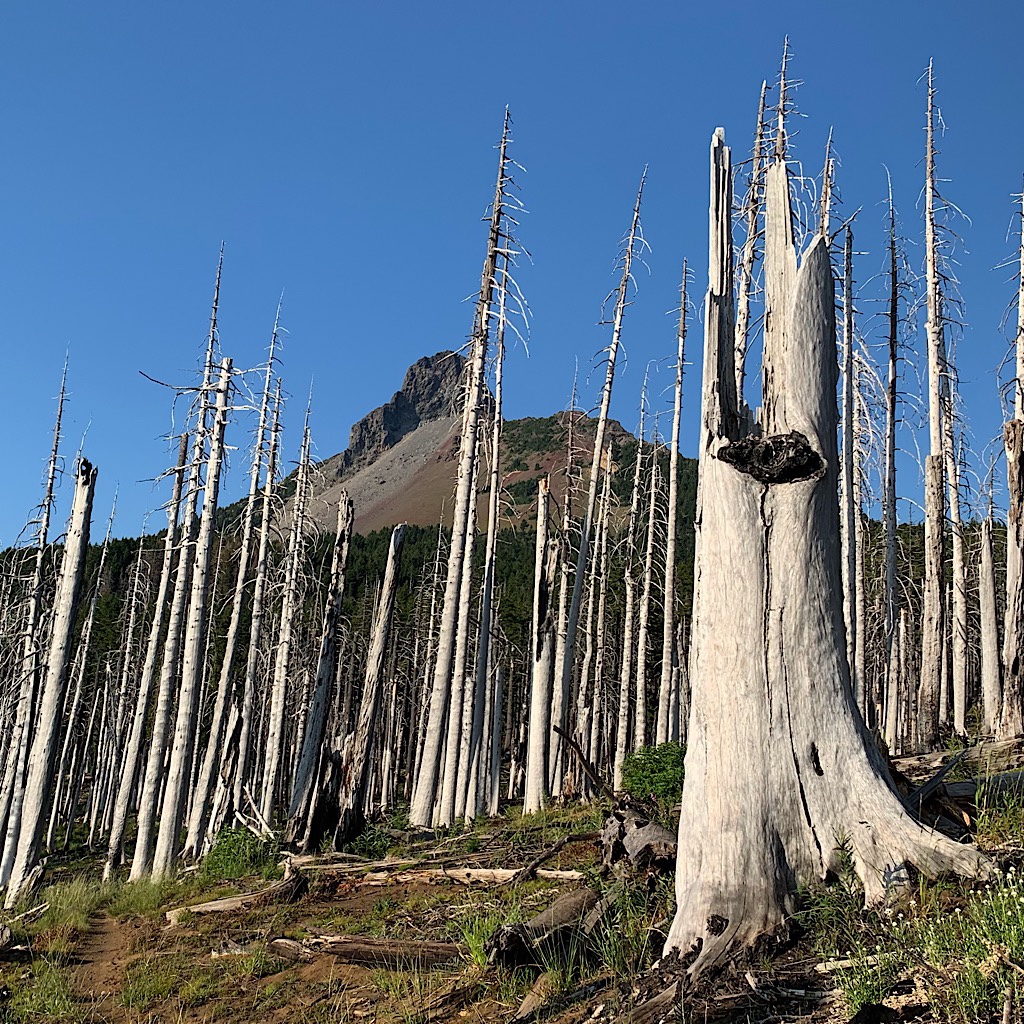 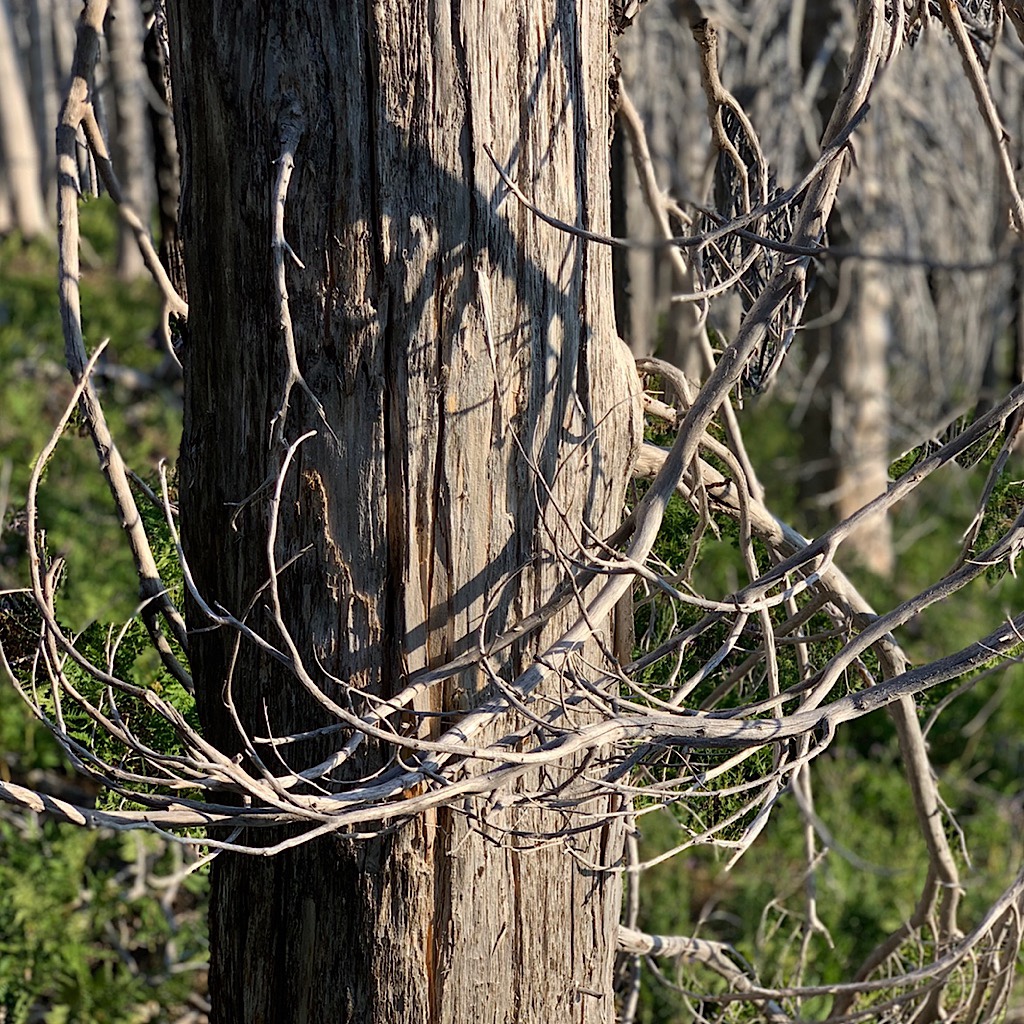 Before heading out, I get beta on what’s ahead from a group of filthy guys – it will be dirty, they promise. Also, no water, so I fill four liters, about eight pounds added to five-days food. I am loaded down!

Then, just as I should be going, a Forest Service ranger pops in to let us all know severe lightning ‘events’ are headed our way Friday and Saturday. He gives the usual warnings to stay off ridges and mountain tops, but also shares strategies on escaping a wildfire, should one start, like knowing where roads and people are and looking for bodies of water, water falls being best as smoke can rest on top of lakes and ponds.

I get pretty nervous so call Richard and ask him to keep me informed on my gps. To be honest, the trail is busy and I imagine we’ll keep each other alert. But on that note, I toddle off like an overloaded turtle, up and up a sandy trail, over a pass and down into a burn zone. 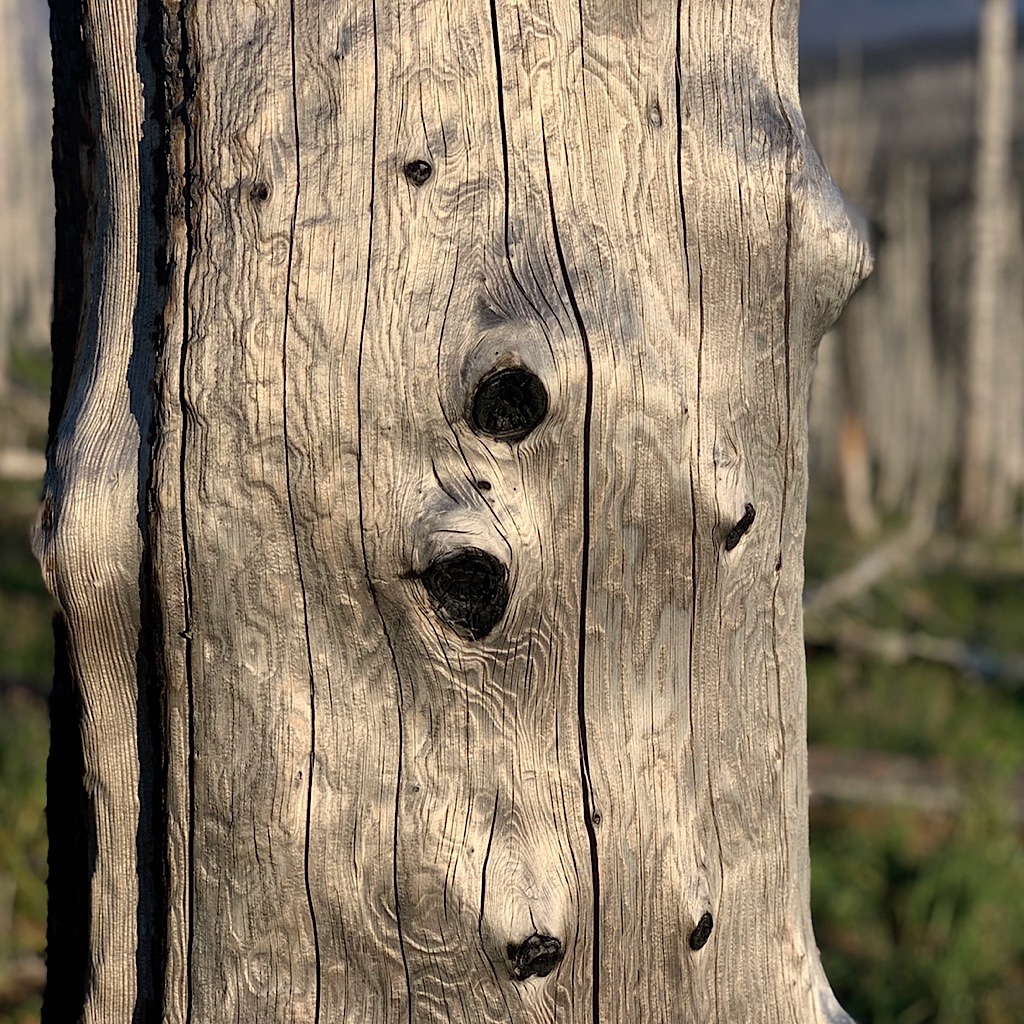 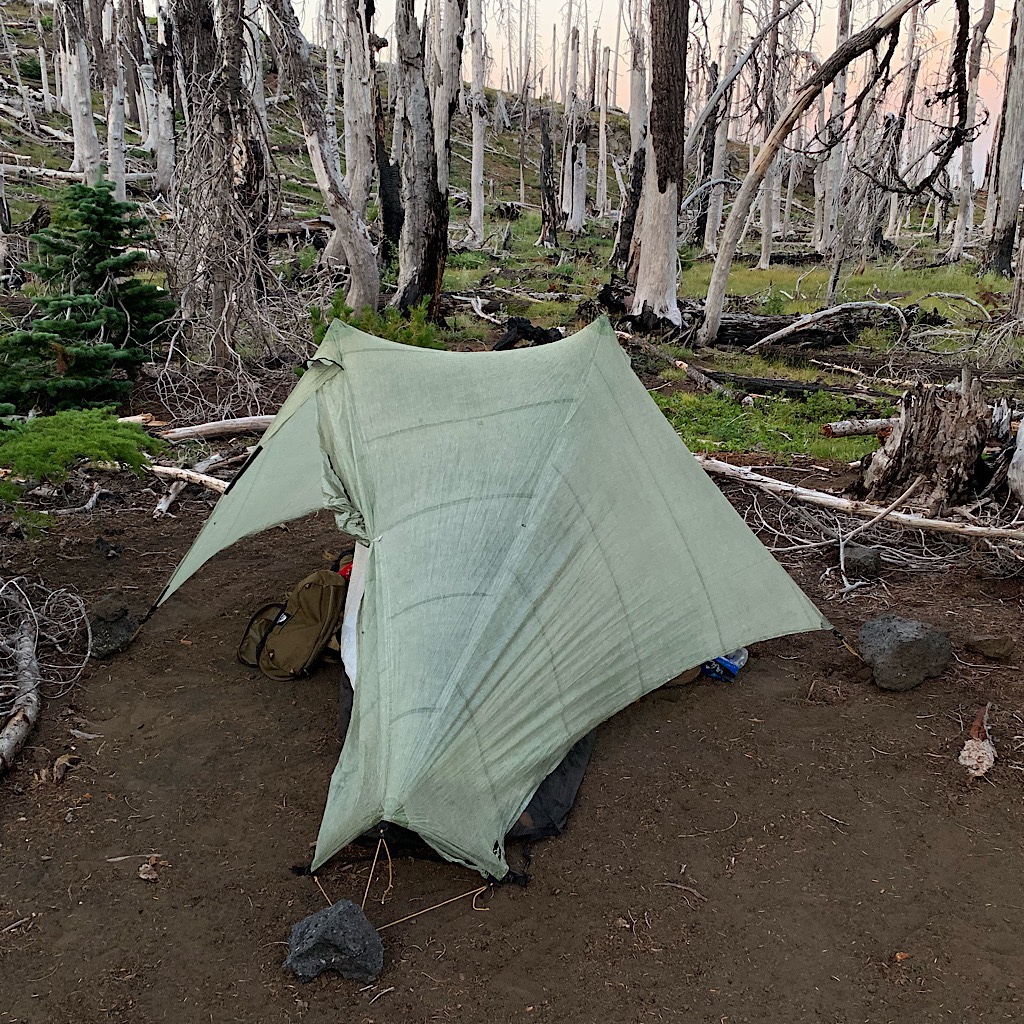 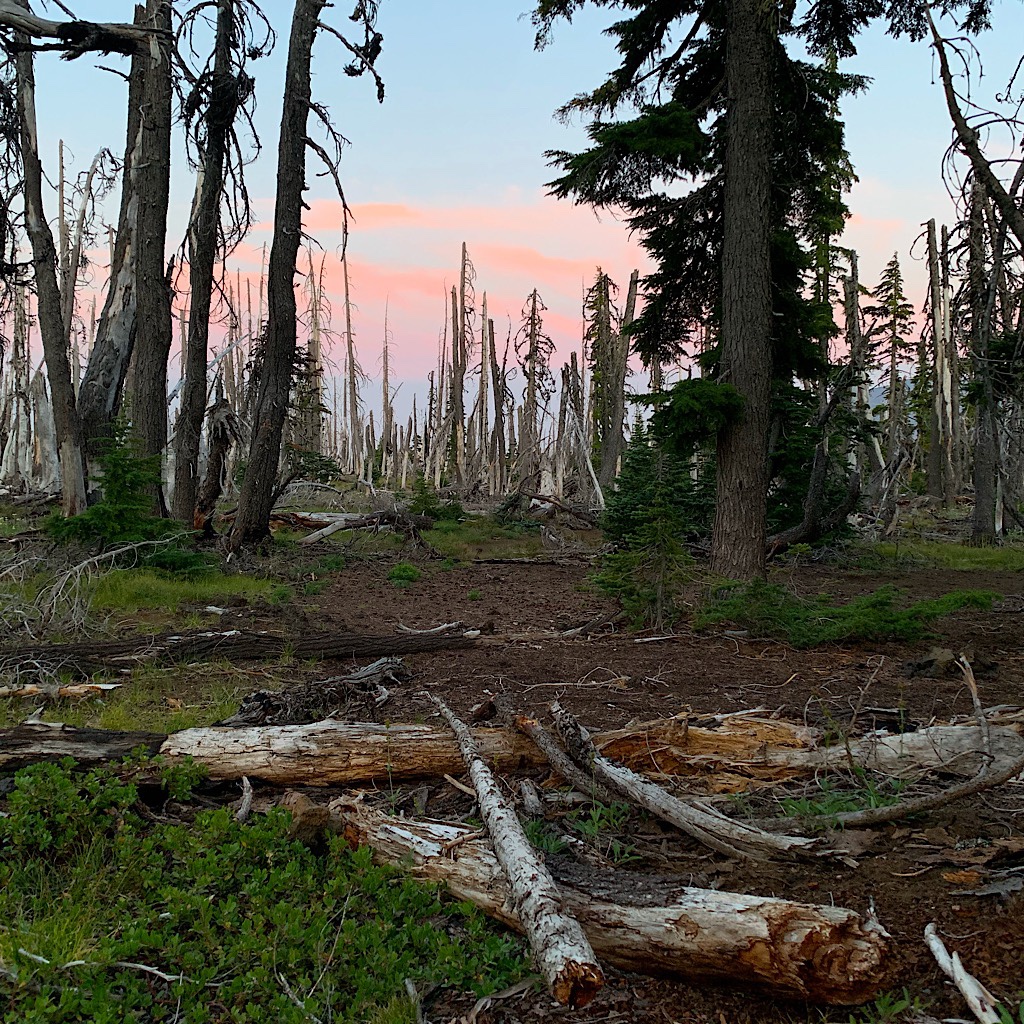 I spend most of the climb arguing with the air over some angry (anonymous) comments on my blog. Richard monitors and won’t approve ones that aren’t signed, but maybe it’s worth a conversation with Anonymous even if the words are full of anger and on the edge of bullying. Are they interested in a conversation or do they just want to slap me? I do think sometimes people prefer staying in their angry place rather than coming to an understanding – I certainly have been guilty of that – and trying to work things out may just make matters worse.

At any rate, chewing on this problem while huffing and puffing, pops me quickly to the top. I pass a campsite where a guy makes some odd sounds. I respond in kind with a howl and he meows. Then it’s back into eerie sun-bleached dead tree sentinels with long shadows. They look like Greek columns as I pass, reaching back into the distance and confusing the eye like an Escher.

The site is magical right up against a wall of sharp lava rock. I use several to hold the alicoop down in the wind, a quarter moon watches me in a crystal clear sky. Bat arrives entranced by our spot we share with one other woman. The stars are out now, a pika – I’m pretty sure Ed! – peeps and crickets hum but not a single mosquito visits. 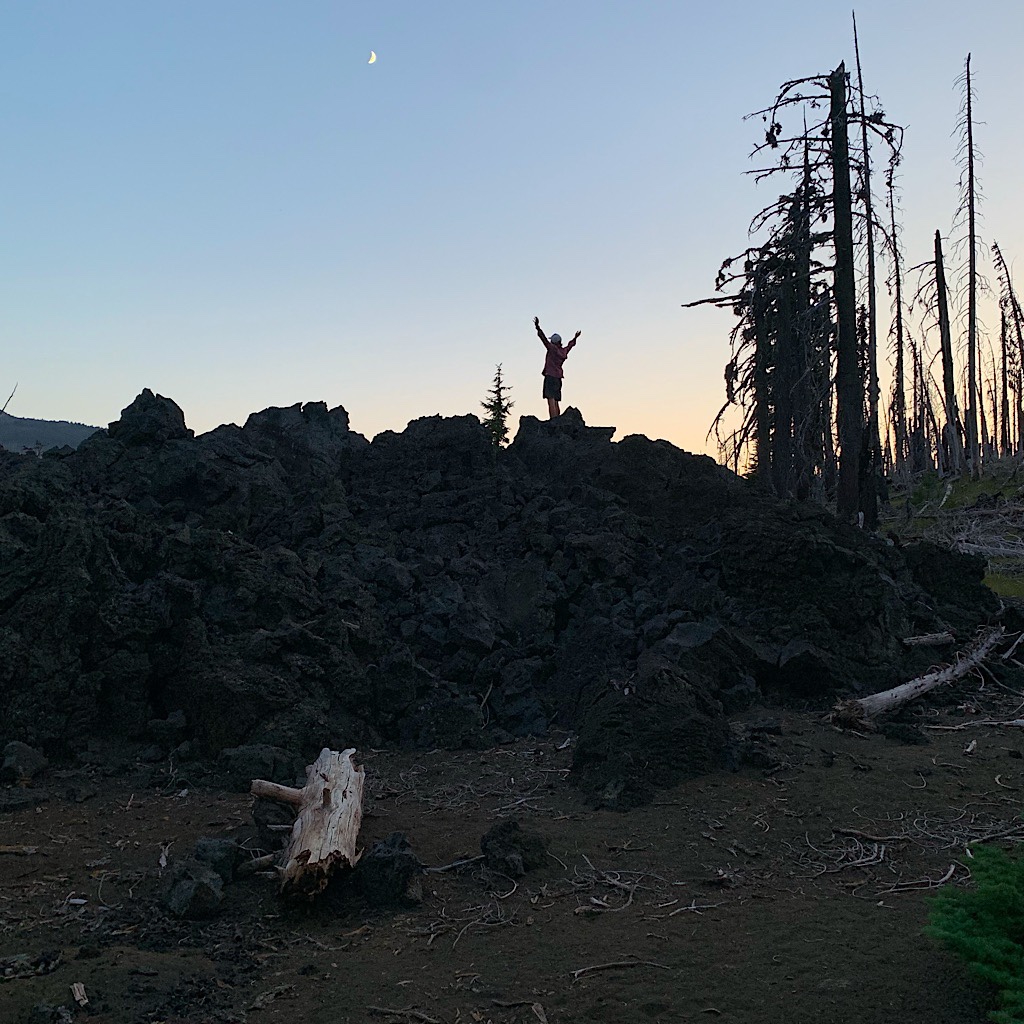