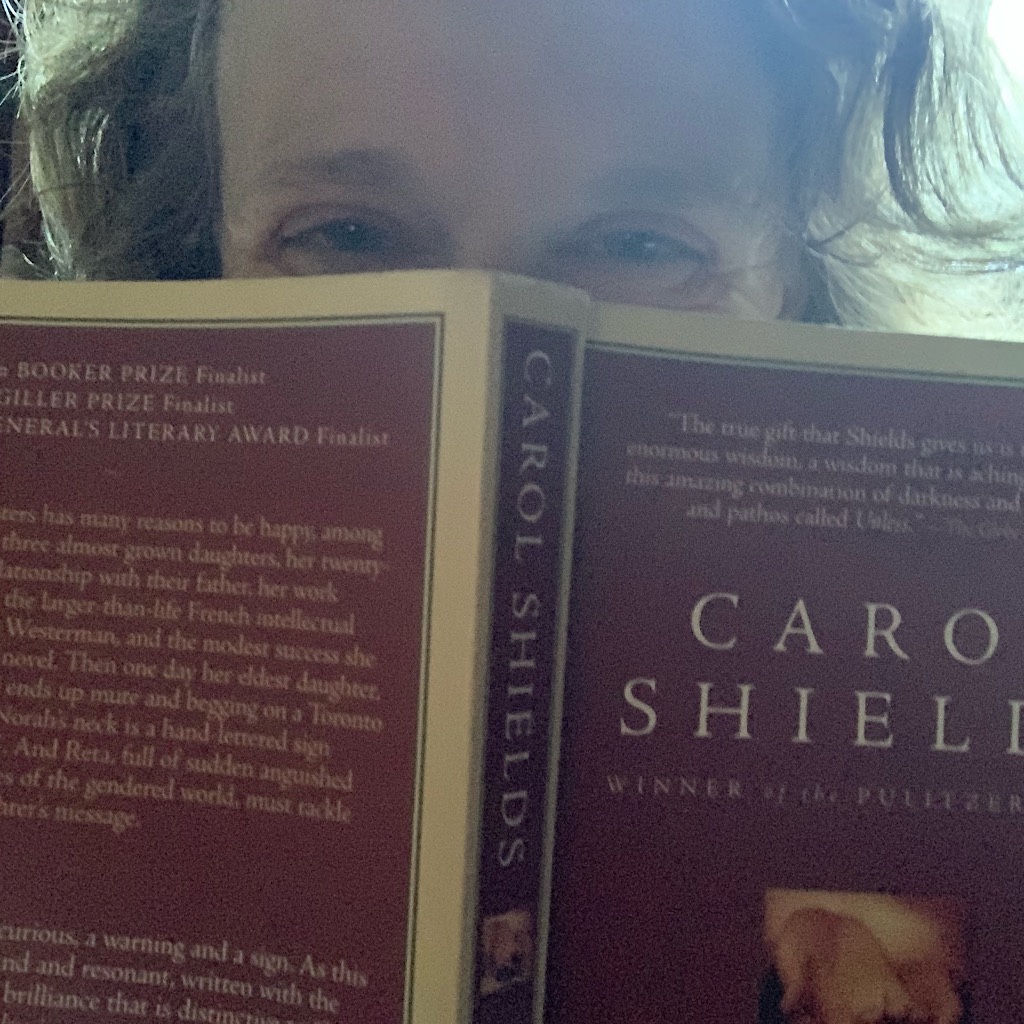 I slept in late on this well deserved break day staying at a friend of a friend’s bach – pronounced batch – or cabin in Arthur’s Pass. Alessio made scrambled eggs, baked beans, toast and hot chocolate which got spiked with a bit of Tom’s slivovice, a Czech home-made plum brandy. 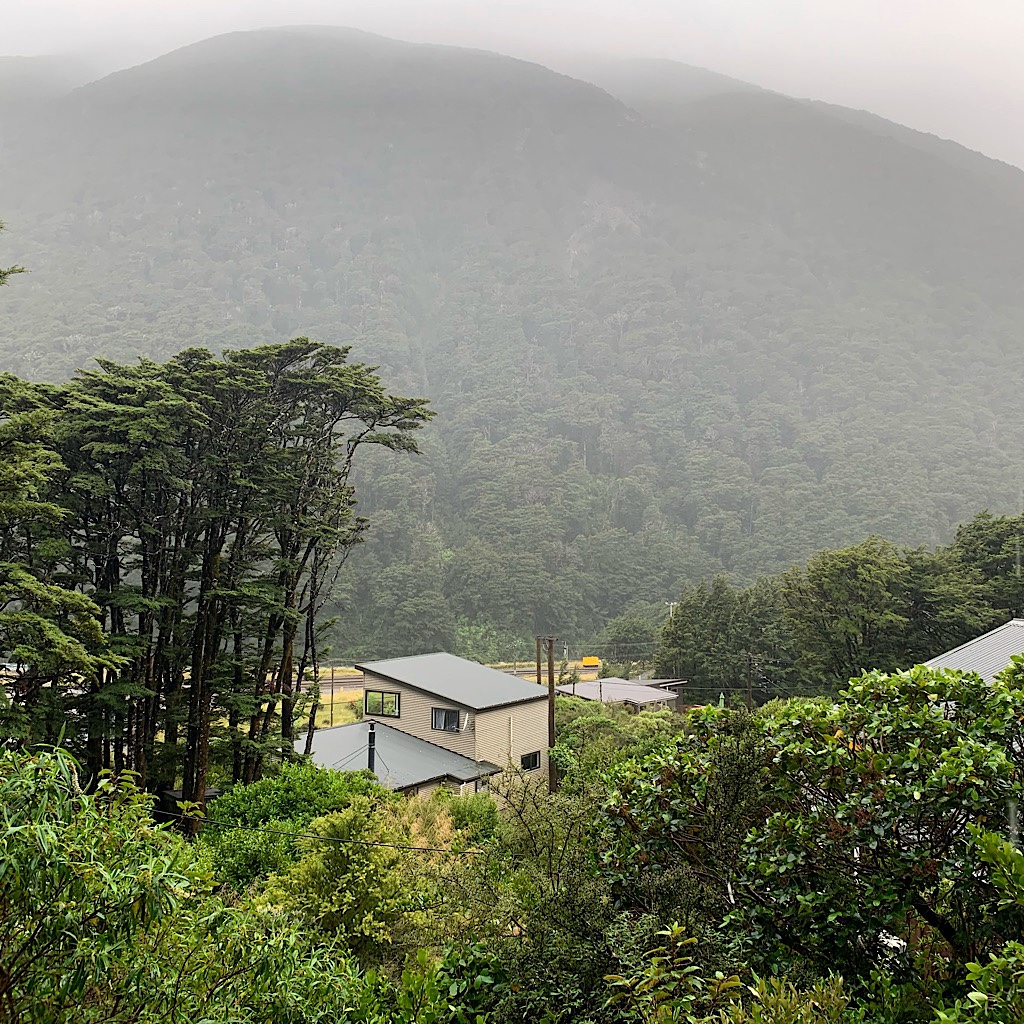 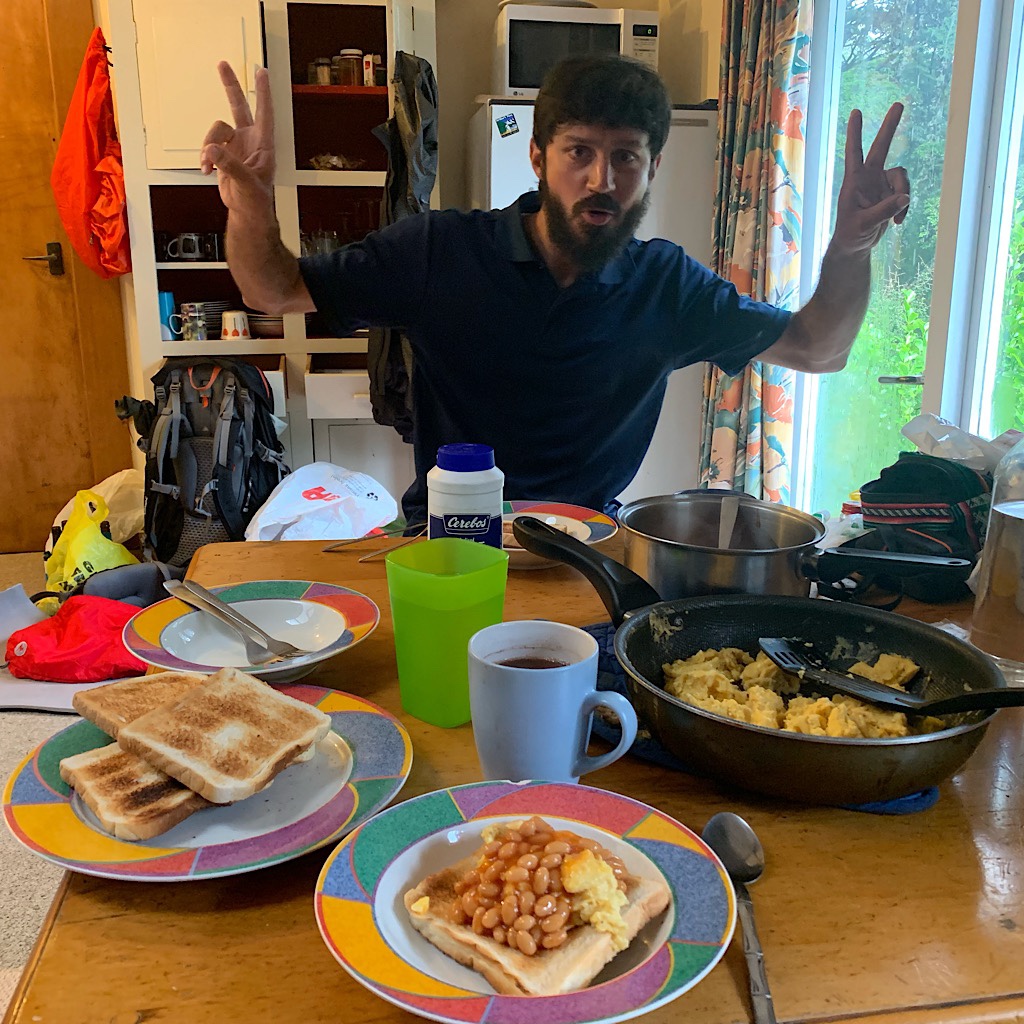 I worked on audio most of the morning, read a book, watched a film and ate way too much food taking just a wee walk to the cafe for wifi – where I ran into more TA walkers including the loud group of nine and the friends I’ve leap-frogged since Northland, Floris and Marjelain – then followed up with a moment of reflection at the beautiful chapel facing a spectacular waterfall.

Tomorrow I’ll be back on the trail, my sandfly-chewed feet healing up, and my clothes clean, such a temporary affair. Less than 800 kilometers to walk which sounds overwhelming, doesn’t it? And yet, I’m getting closer to finishing this adventure – and then the inevitable question, what’s next? 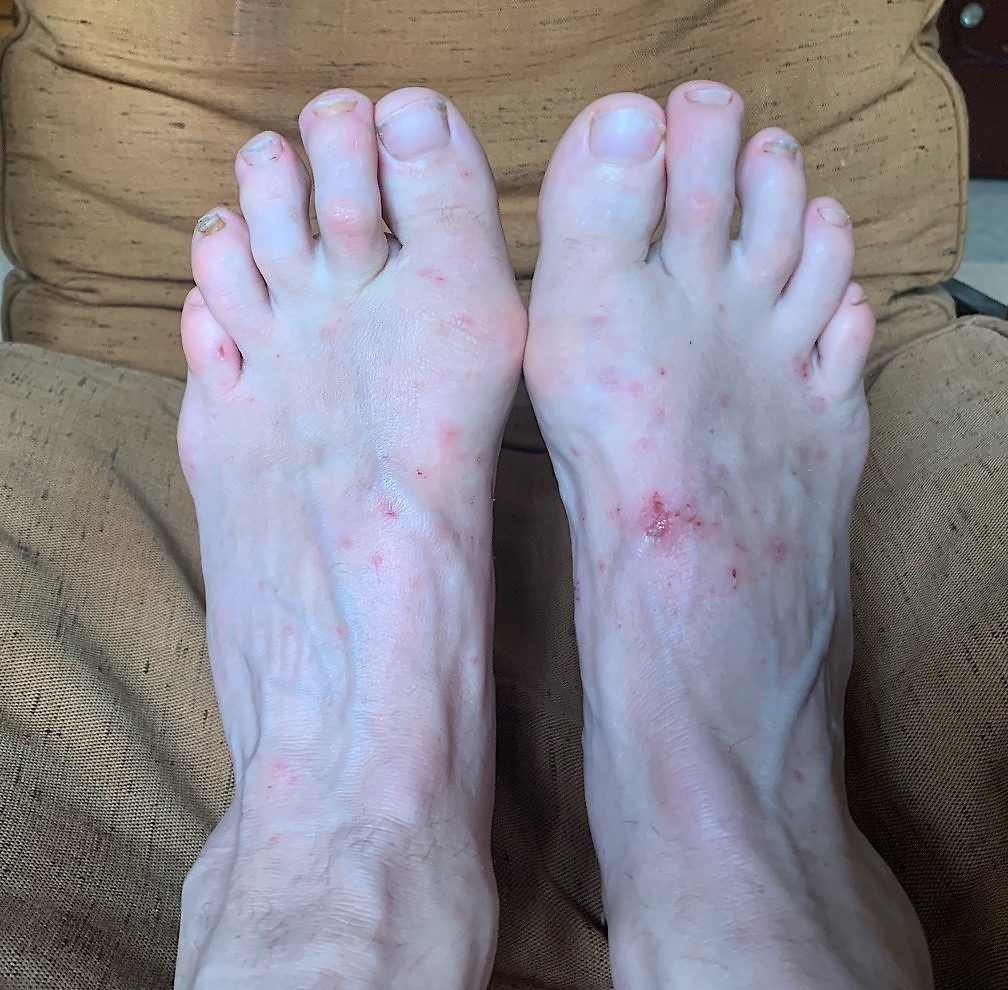 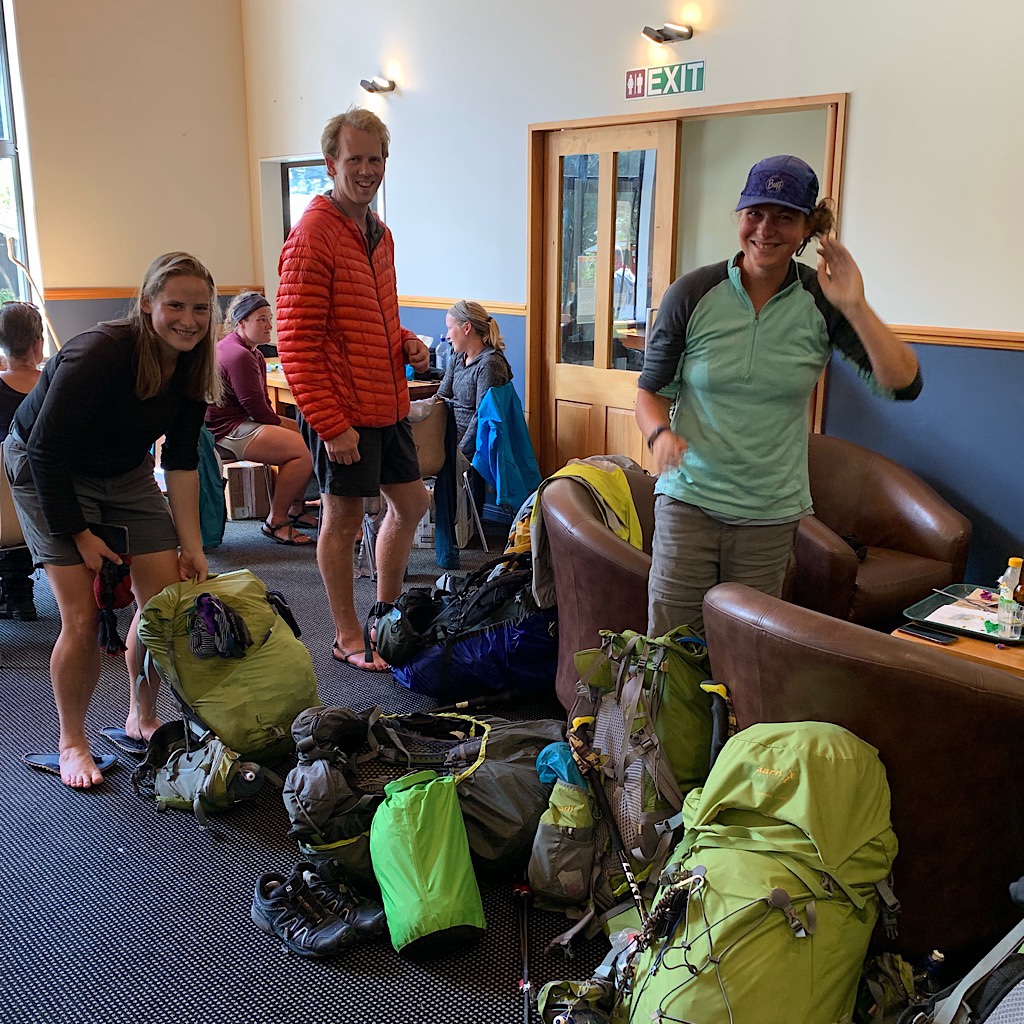 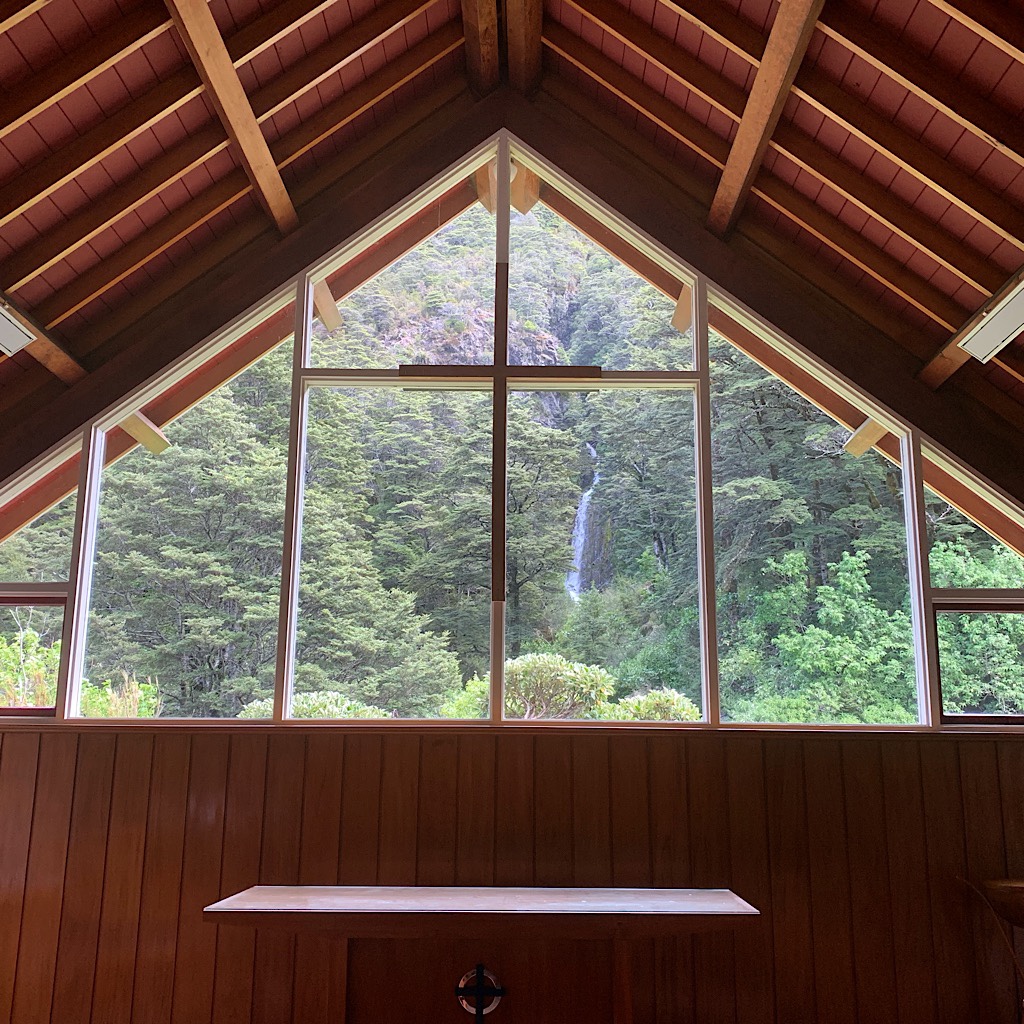 Perhaps that is the precise question I’ll take with me in the coming days, what’s next and also who will I be next, which pieces of me come along and which do I leave on the trail like my waffled print in a sandy river bed.

I promise to keep you posted with apologies that I am often out of cell phone or wifi range on the South Island.

As my friend George would say, onwards and upwards!