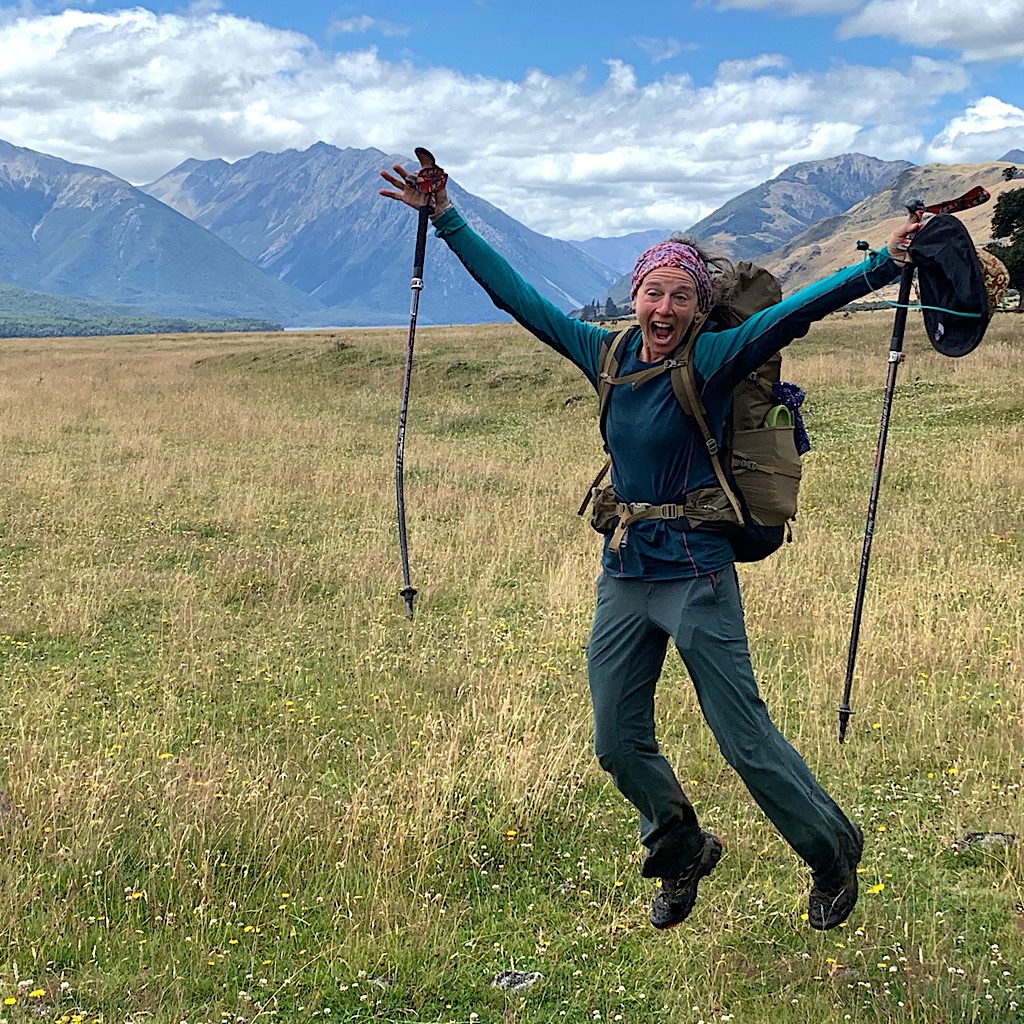 The morning begins cloudy, chilly, but no rain. I am up first, packed and ready to leave this over-stuffed hut. We plan another long day to make some space from these characters that arrived and took over late yesterday evening in the pouring rain. Sure, it’s all ‘part of fabric’ of a thru-hike, but gee whiz, they were loud! Nine – or was it ten? – drenched backpackers storming the shelter just as we were quieting down to sleep. One tom-boy with shaved head except for one long, thin braid, an elaborate sleeve of tattoos and pierced lip, gave a Tarzan yell out the door as her friends arrived. A prissy man struggled in front of all of us to get his chubby self into tight long long-johns. Another young man looking like he’d rather model outdoor gear than be in the outdoors, complained his feet hurt and asked how he might get himself out of doing the hard bits ahead. All this I observe from my bunk since they gather in a circle on the floor, propane stoves fired up and heaps of nutella, cookies and candy shoved in their mouths.

It seems most of them are from The Netherlands and the American woman, Naomi, speaks Dutch and naturally has become their de facto leader. She’s built like Mary McCarthy and speaks like a bossy Sunday School teacher – “And what were your names again?” Not an unkind person and I don’t take their boisterousness personally, it’s just not my vibe so I convince the men to make another long day and get a hut ahead of their planned stopping point.

The next break is Arthur’s Pass – or as Alex says it, “Harters Puss.” We have a lot of walking ahead plus scary river crossing. Fingers crossed the rain stops for a few days to let us through. 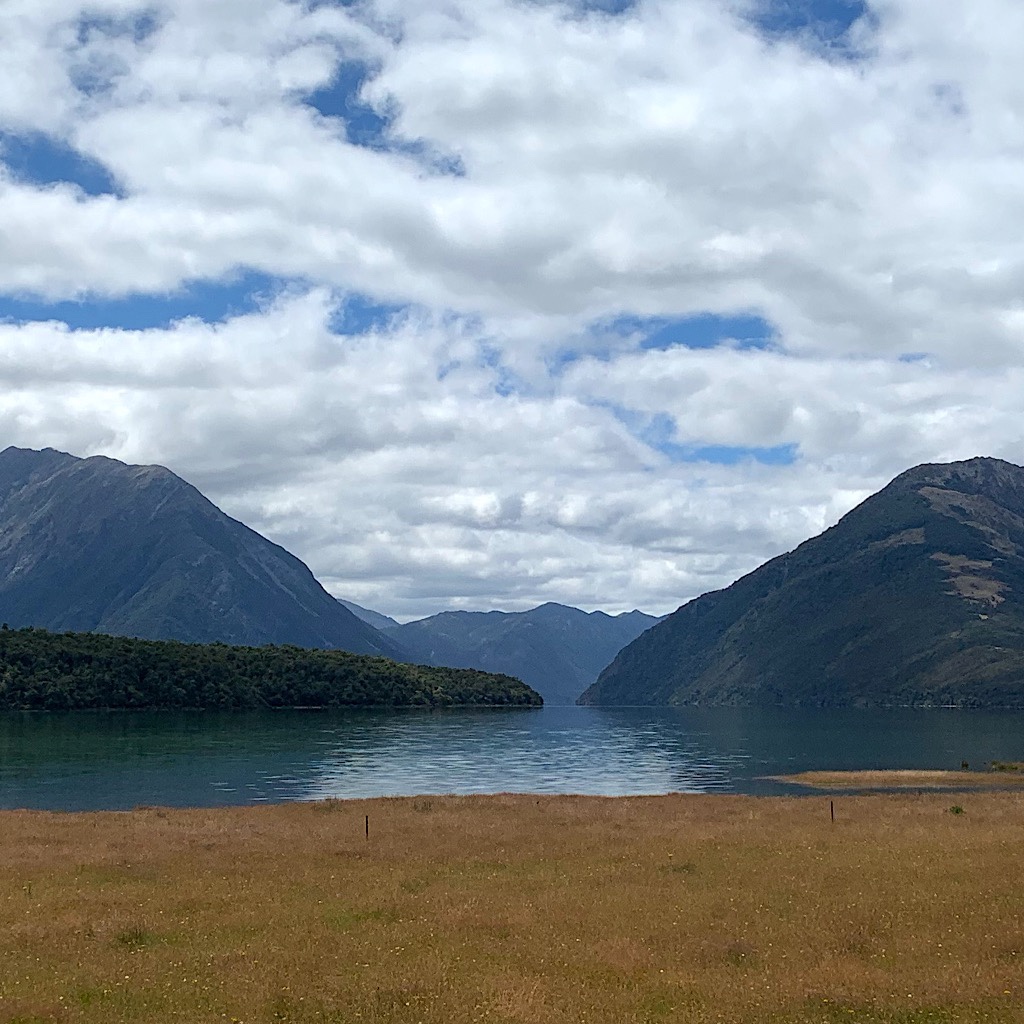 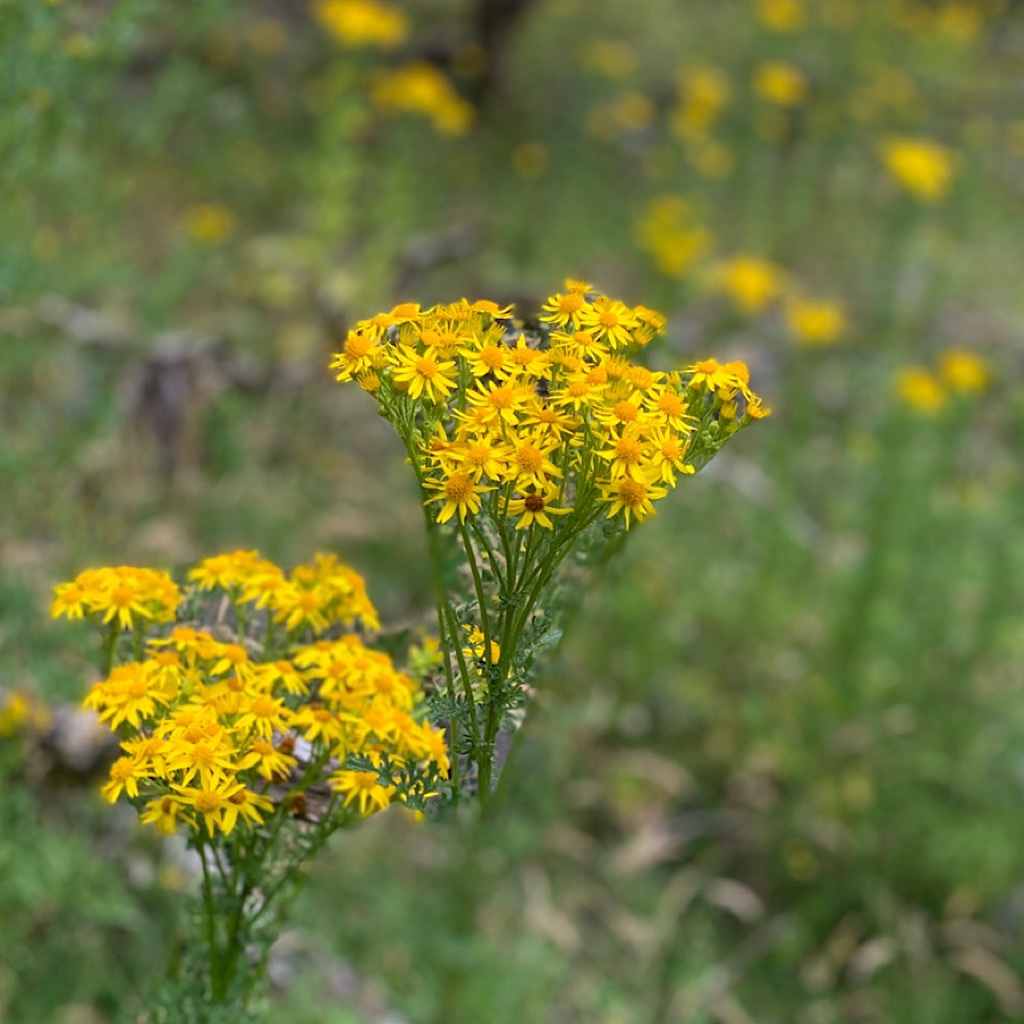 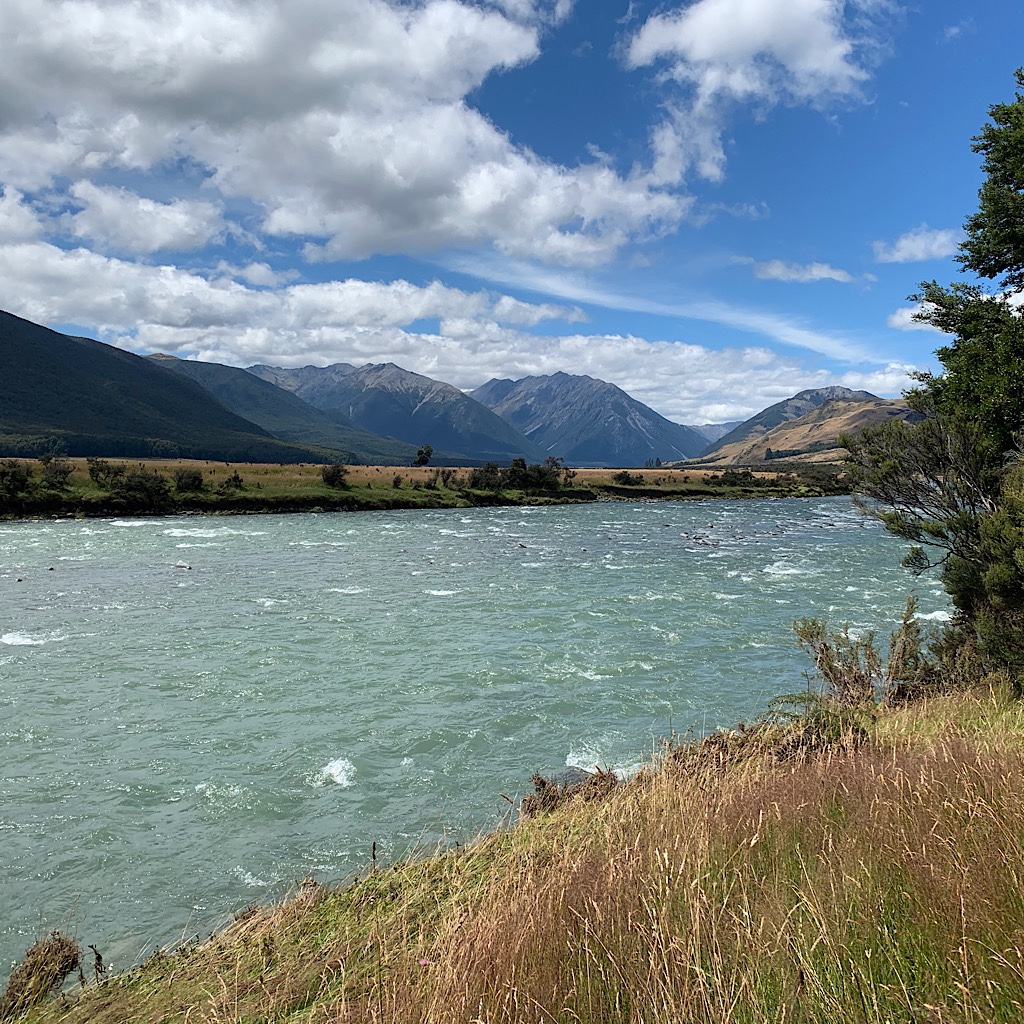 The walk takes me onto grassy river terraces where skittish cows graze, dashing away when I get close and hiding behind thorn trees, their white faces peeking out. Moo’s echo across the valley.

I work my way up on a bank thick with manuka and beech to cross a wildly rushing stream on a swing bridge before arriving at another modern hut, spacious with separate sleeping quarters. The pen is out of ink, so I press hard and leave an impression in the intentions book that I was here, writing under the section named ‘conditions,’ that it’s sunny. There is one small patch of blue, so here’s hoping.

The walk is mostly ‘cruisy’ on grass and through forest, until I have to bank down steeply to cross a stream. I’m wet all day, but my trail shoes dry quickly before the next stretch of bog, mud or full-on stream. 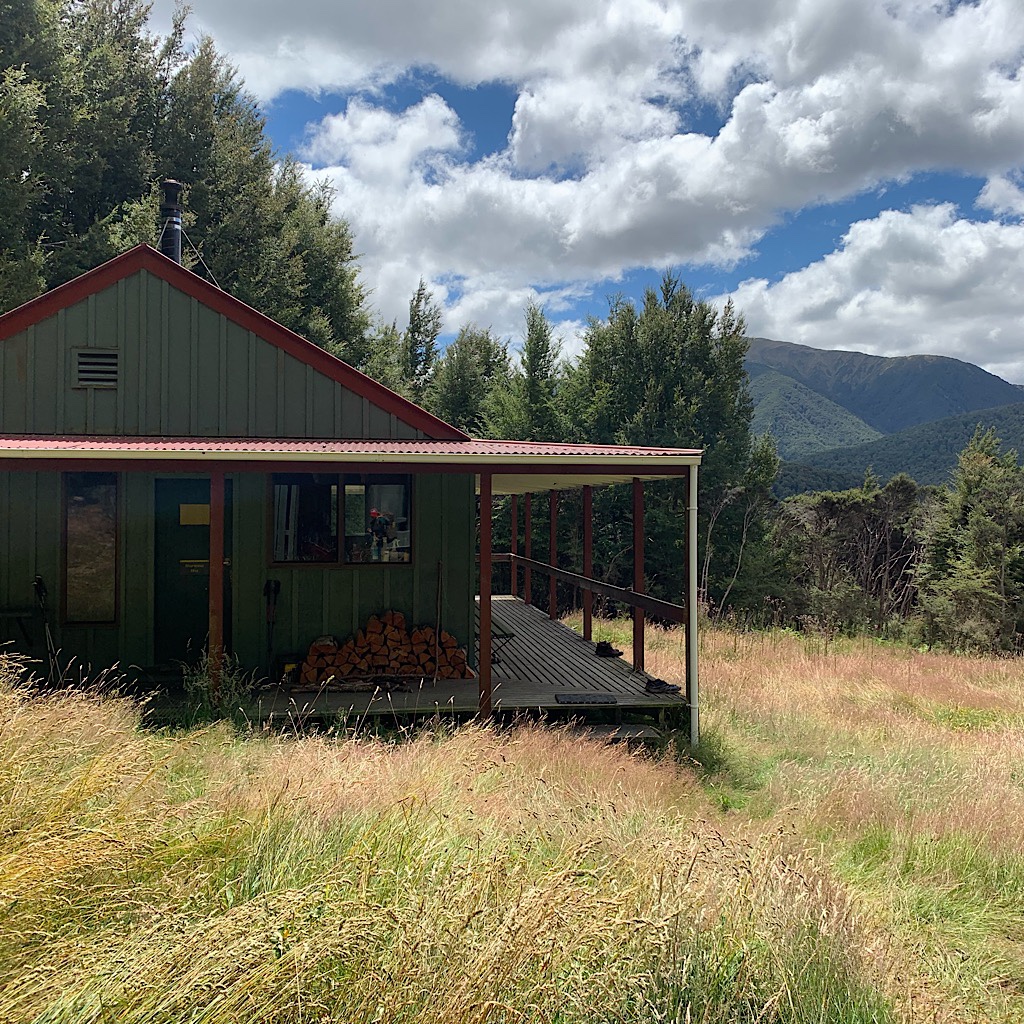 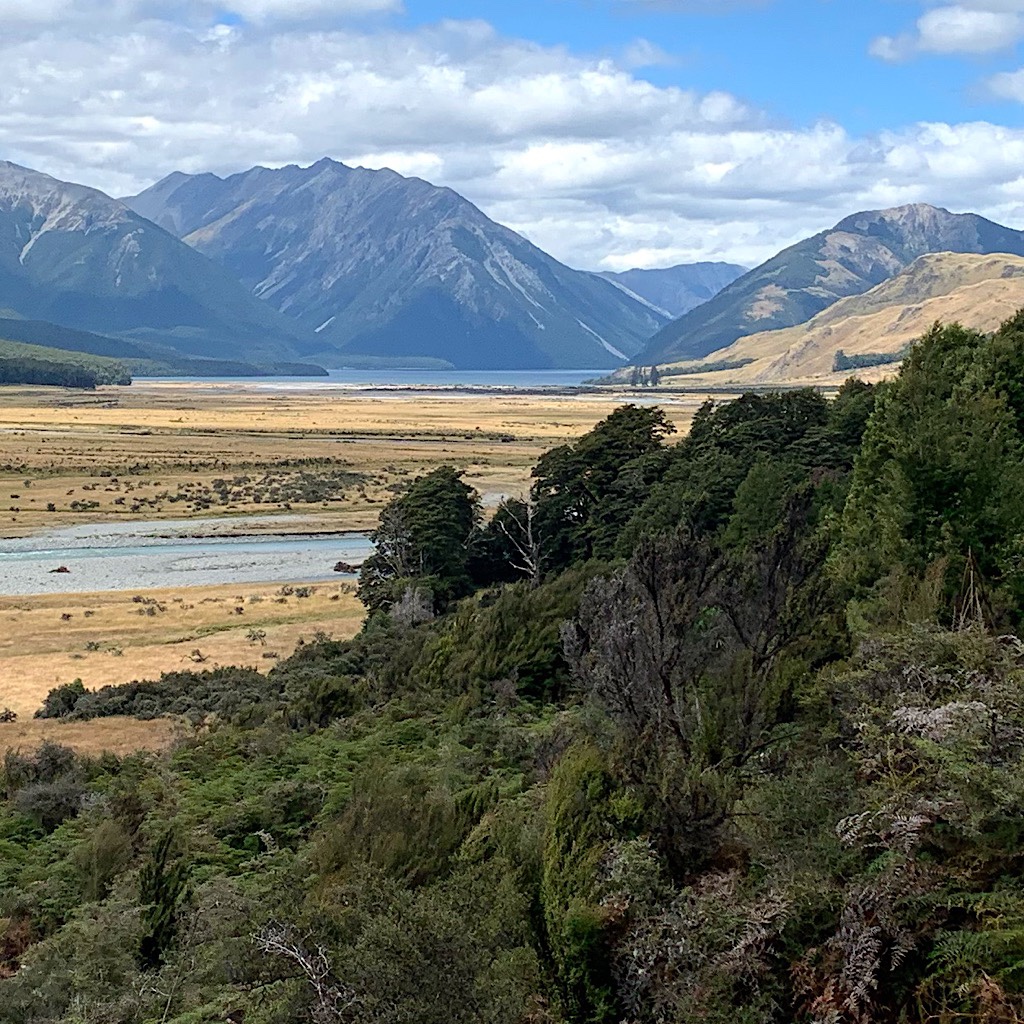 I have spent so much of this hike trying to understand group dynamics, where I fit in and why I haven’t landed on a hiking ‘buddy.’ I’ve longed for companionship and found it when I badly needed it – for safety – crossing Waiau Pass. But after last night, I’m not sure that I need to be part of a big group. For one thing, big groups tend to move and make decisions too slowly. They can’t be nimble. It’s not their nature. But more important, I’m simply too independent and value my time alone. Maybe it’s a good thing I’m (mostly) on my own.

The trail stays in forest a long time, Sumner Lake barely seen through the thickness. I detour to the lookout, but it’s too is overgrown. It’s not until I leave the lake that I come down to it and look back at its massiveness under massive mountains.

The forest goes on and on, a yeasty smell in the air from the beech trees oozing nectar. I come back onto the river terrace and bright sunshine. A large black and white striped dragonfly lands in front of me on a blade of grass. 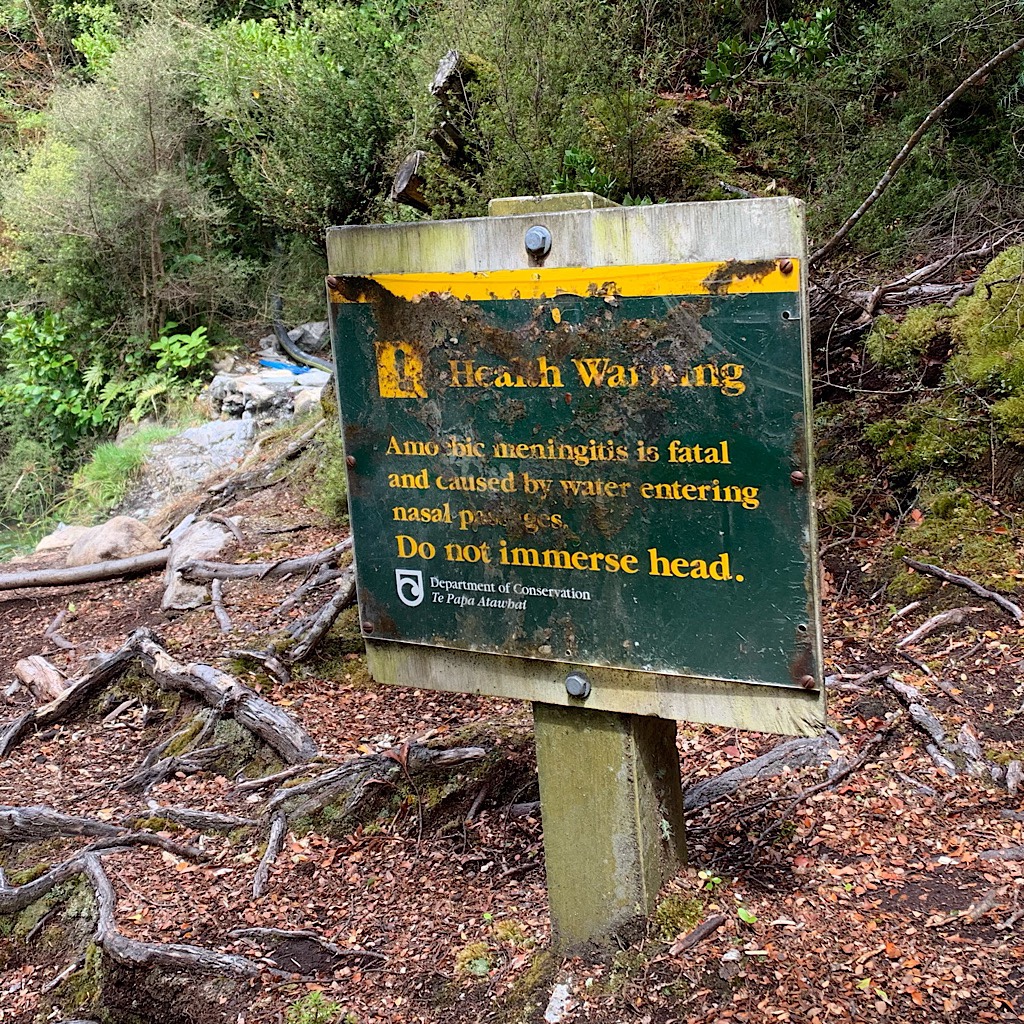 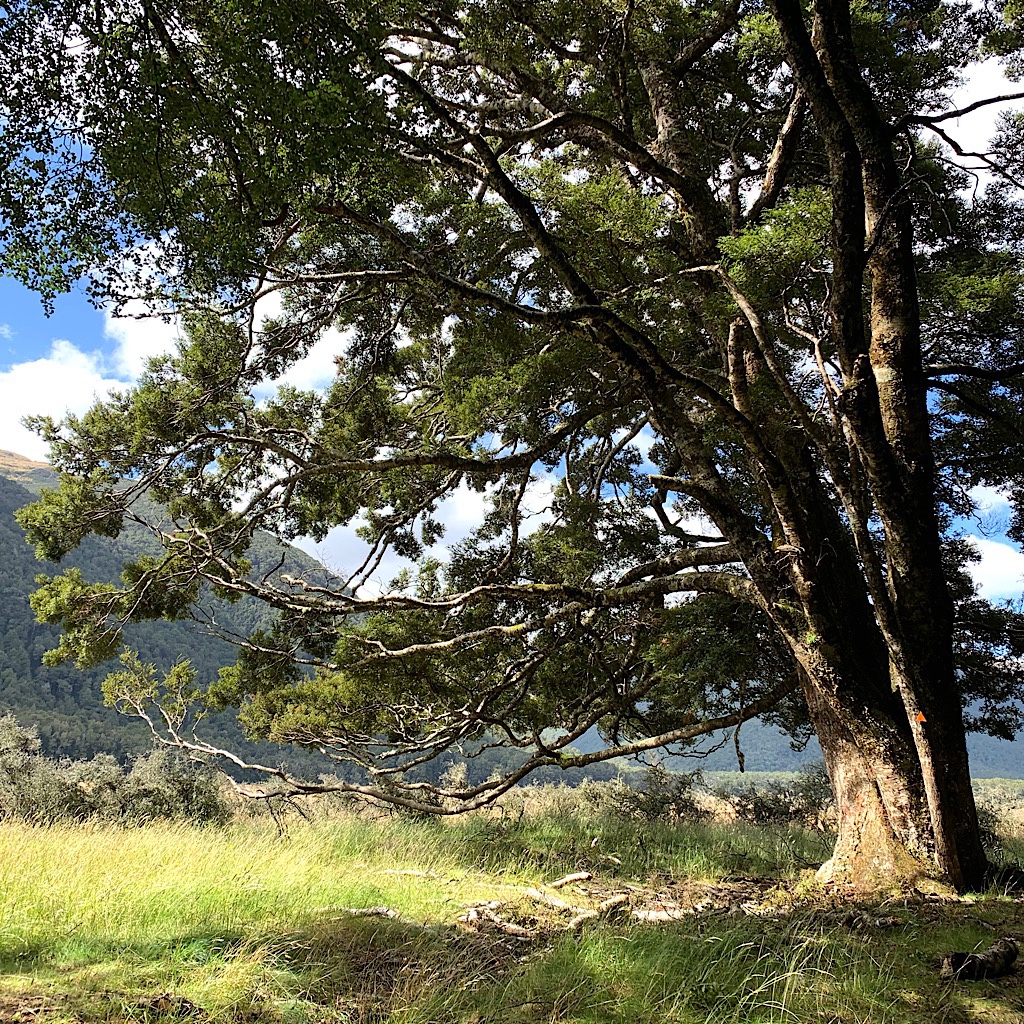 Another swing bridge takes me to the next hut overlooking the milky aqua river roiling in the sun. I have a snack and study my surroundings. On the counter is a big bag of cookies, a dozen eggs, and a bottle of wine. Who carried this here? Surely not TA hikers.

The intentions book has signatures from Gipsy Woman, Wind Chime and Foxy Lady with no hut pass number filled in. Am I being too school marm to let this annoy me? The point of the book is to track our whereabouts and last place known to have been. It also tracks numbers and if we’ve paid for the hut. Writing in a trail name smacks of self absorption and conceit, but maybe that’s just me showing my age.

On the way to the hut I plan to stay in tonight, there’s a hot pool with a sign warning not to submerge your head due to amoeba meningitis. But I guess placing my body in is ok. I strip down and about a thousand sandflies are on me at once. It feels spectacular, just the right temperature and pouring in from a waterfall, filled with bubbly circulation. I feel slippery to the touch and a bit lightheaded when I battle the flies to put my clothes back on and continue sidling the wooded banks of the river before reaching the hut. 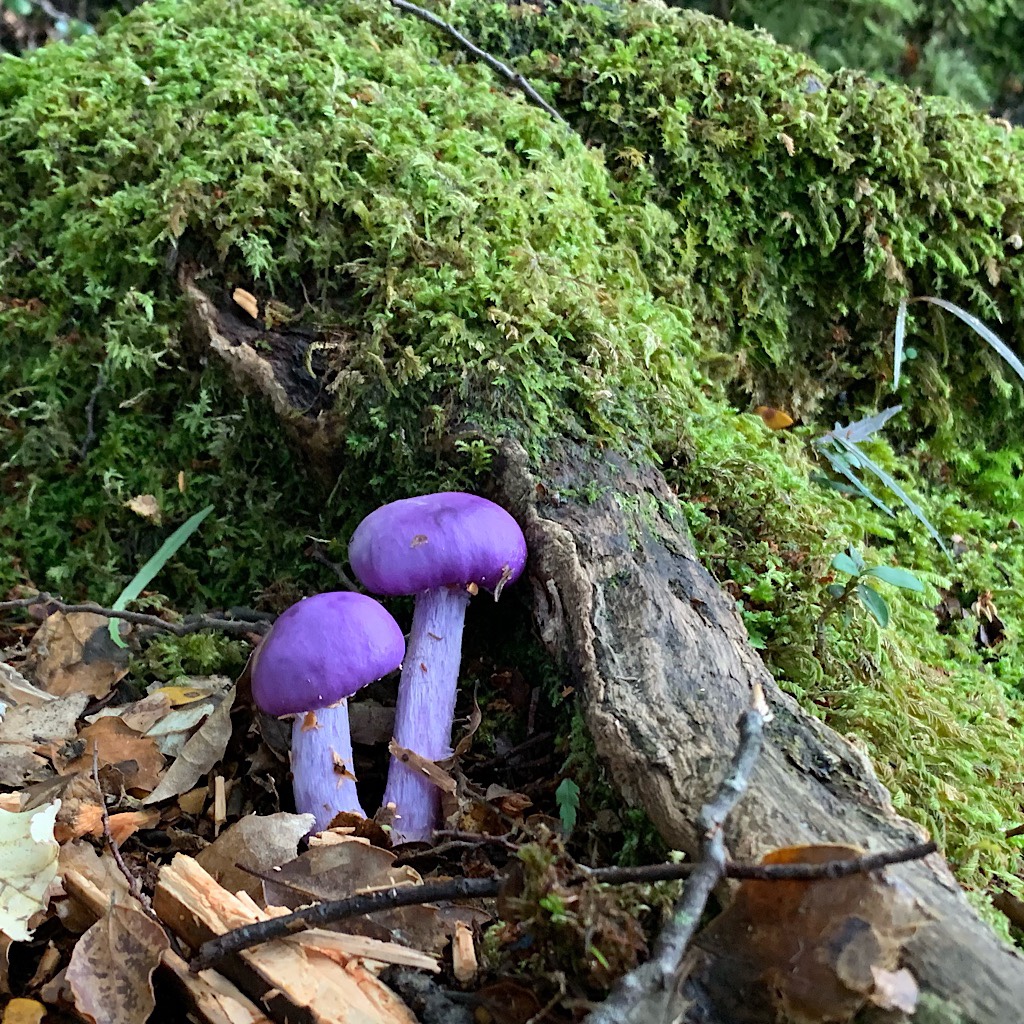 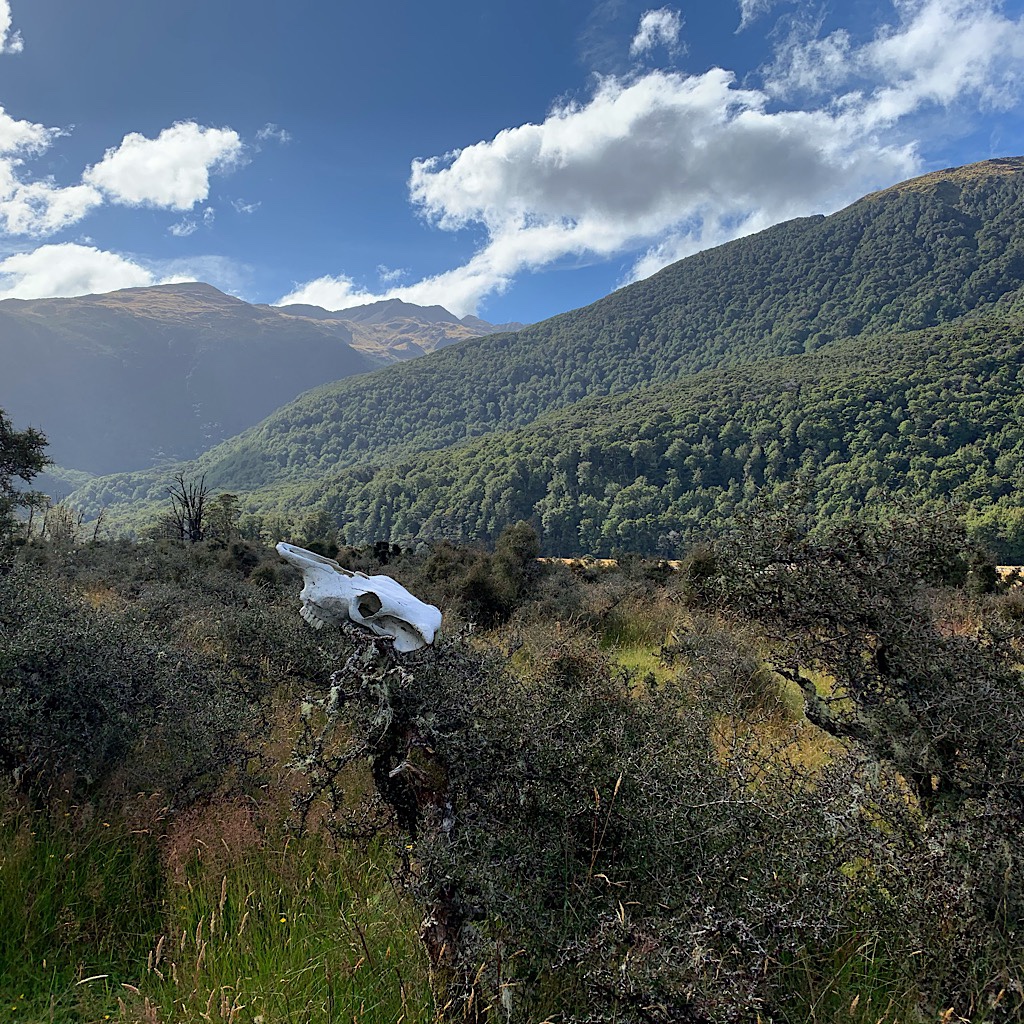 It’s old with bunks three-stories high, but the crowd has a good energy and we all knock out by 8.

Last night Alex said he’d place my age between 50 and 60. Ouch! You should always lie to women-of-a-certain-age. He then added, “But you hike like a 25 year old.” Well, I don’t keep their pace, but I am holding up well and enjoy putting in very long days to take advantage of this lovely weather as long as it lasts.

But now, after so many big days in a row, I am exhausted. Good night until tomorrow’s adventures. 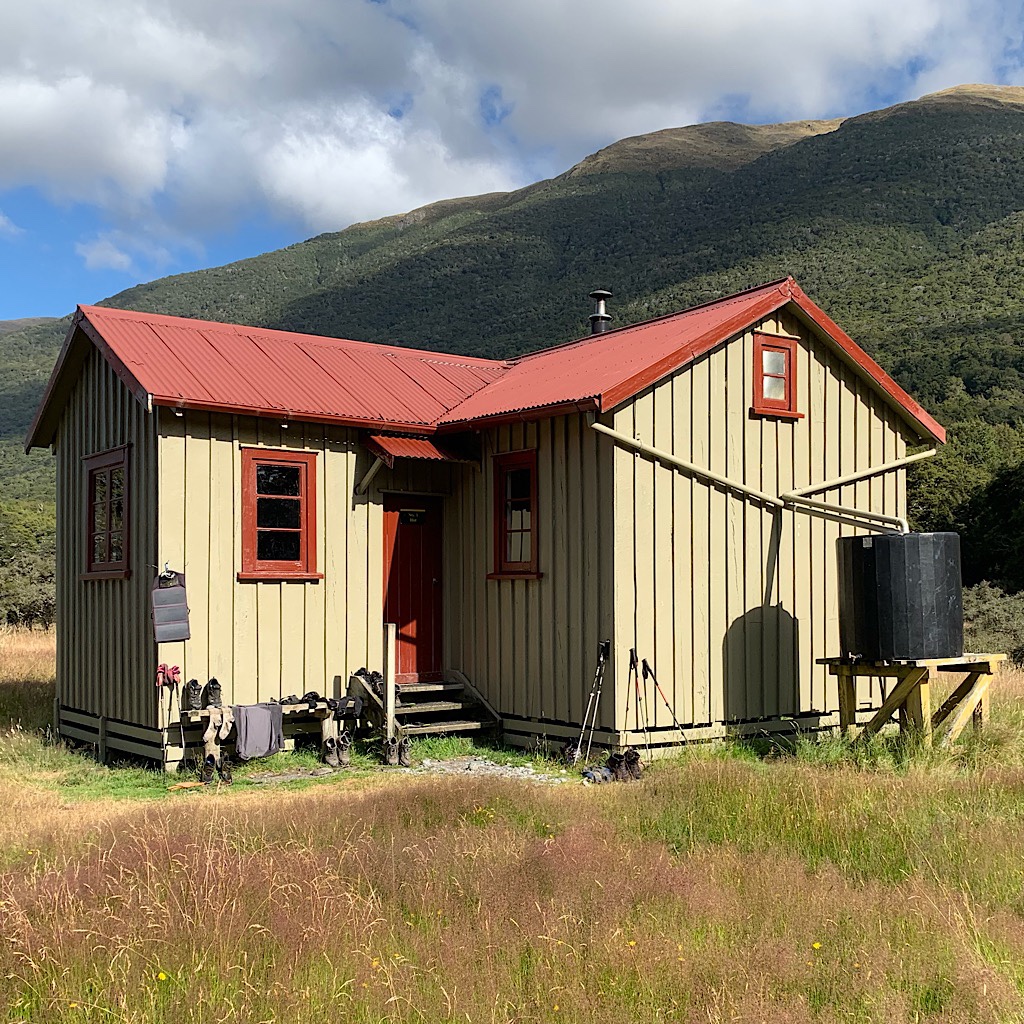