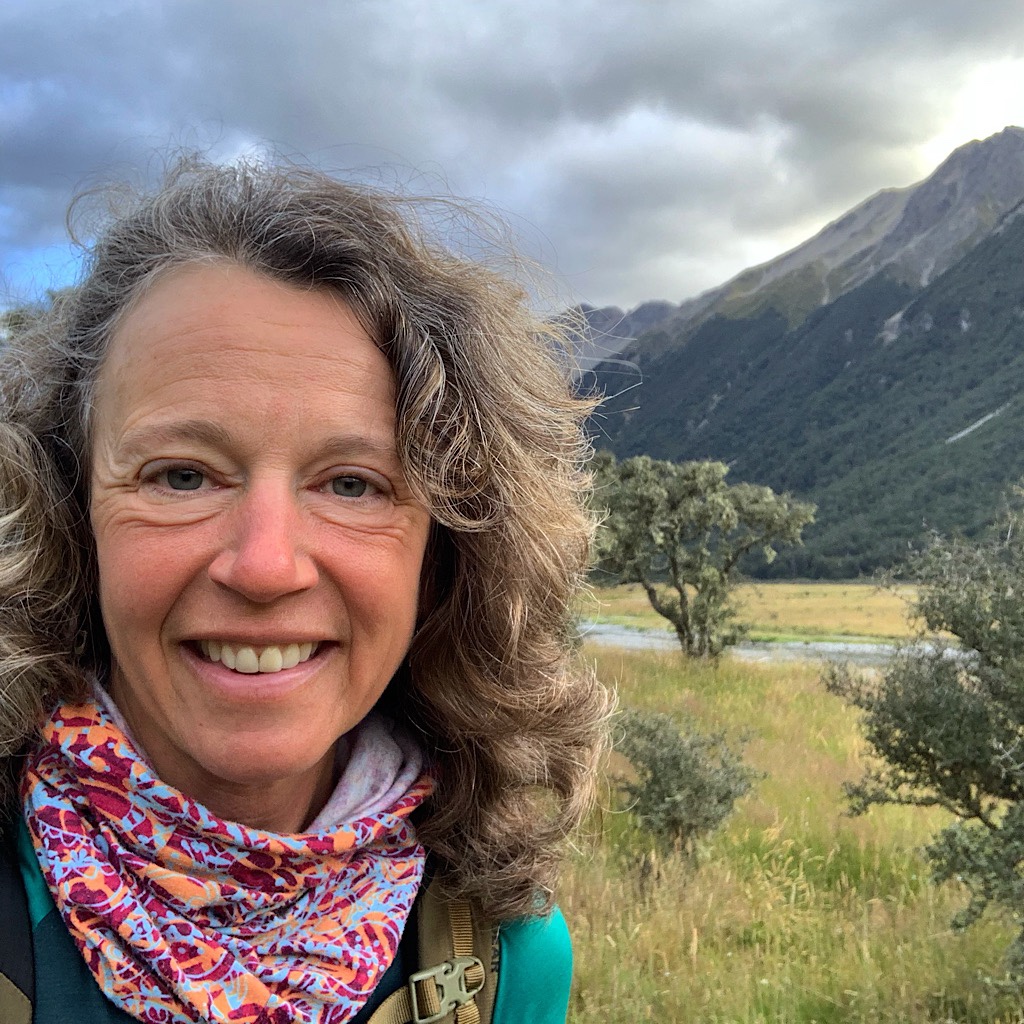 Kuba’s alarm wakes us in the morning. Usually just the sunrise gets me up, but last night there was a full moon that shined brightly once it cleared the mountains. I even slipped out of my bunk to see its light illuminate this stunning valley of straw-colored grass and towering peaks.

I pack and go as usual with a quick goodbye. I hope to make a big day so the next I can get caught up in the little village before hitting the trail again for the next section. 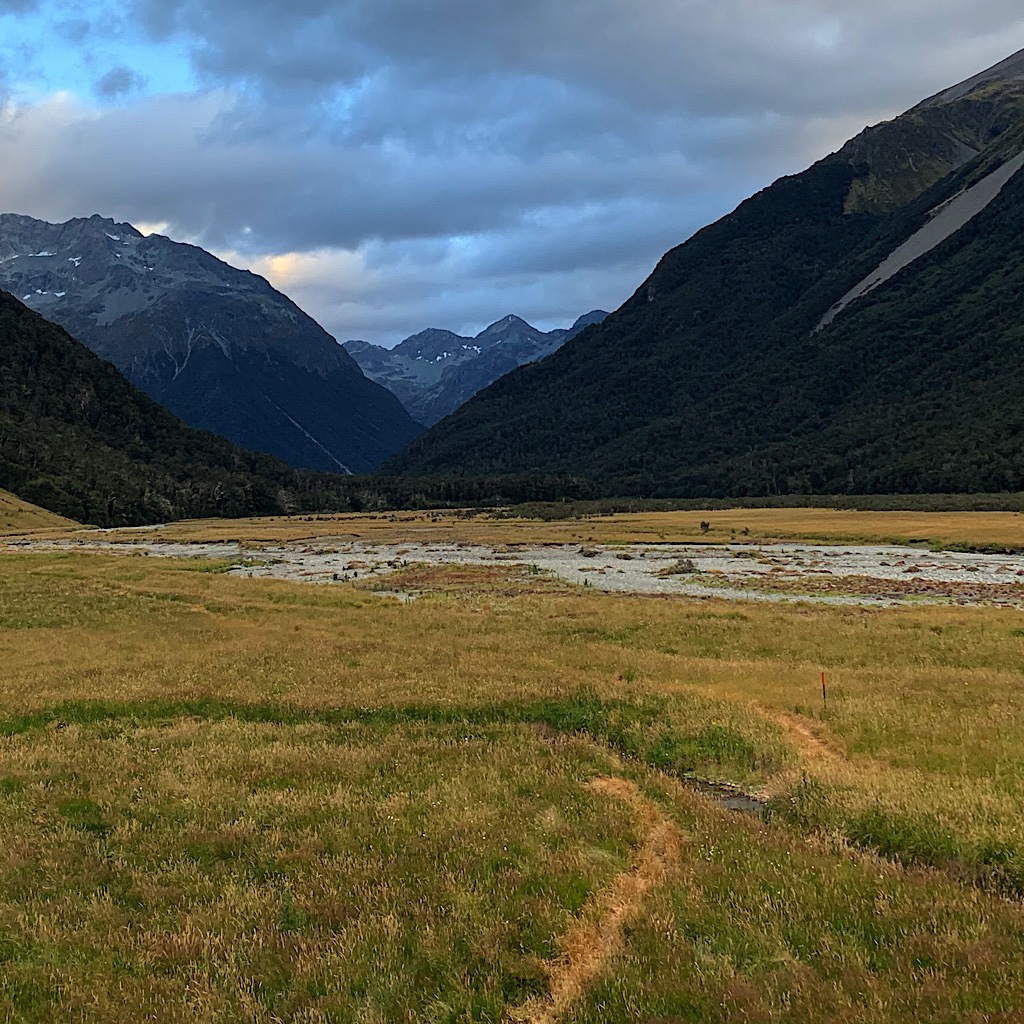 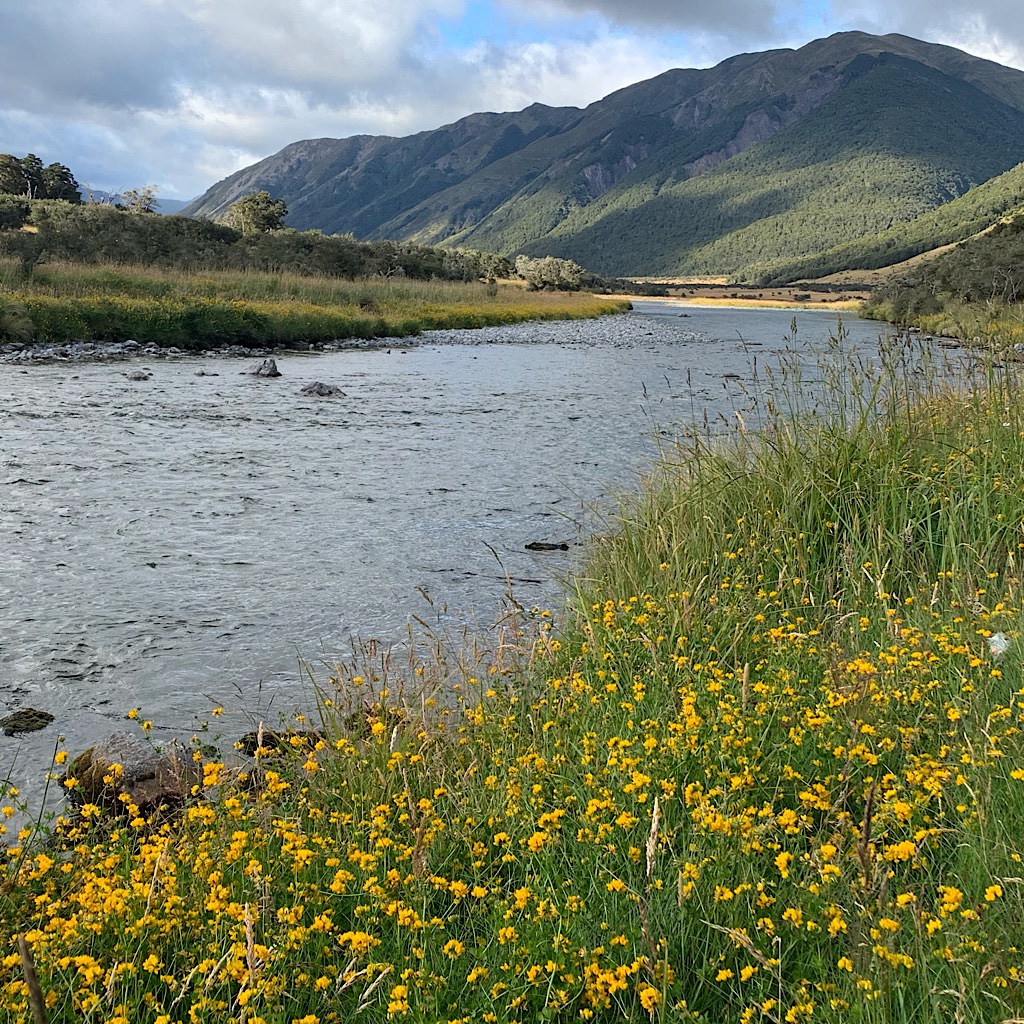 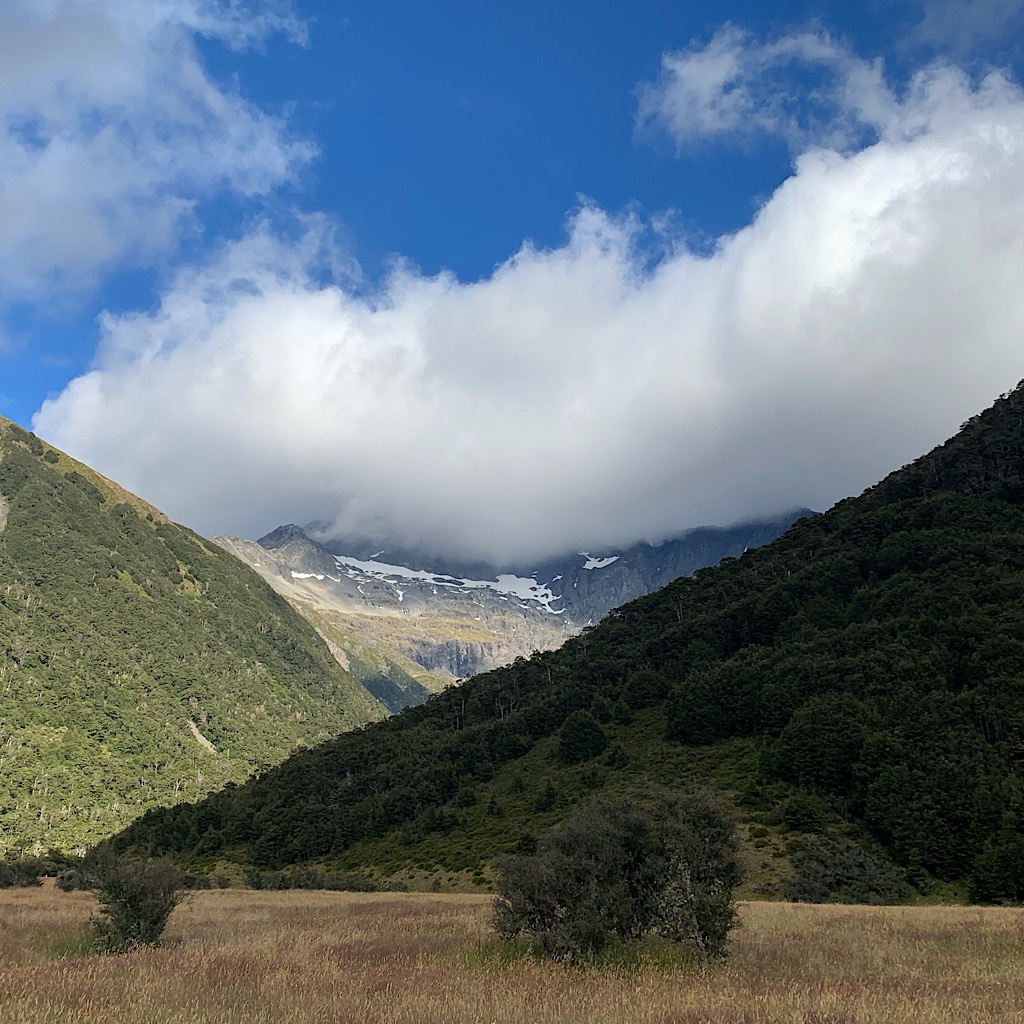 I will miss Russell – a retired ‘sparker from Palmie’ – translation: electrician from Palmerston North. He teases relentlessly, quick with the cutting remarks. It’s sometimes a bit much, but he also hands out compliments mentioning that yesterday will take an entire chapter in his book. He loved our motley group of hikers. Later he tells me that everyone was scared, they just don’t talk about it all that much. He was petrified of the section of rock where we had to downclimb using our hands, saying that he wished he’d thrown his sticks down as I did.

Come to think of it, Will also confided he hated going down as it hurt his knees, not to mention that he was afraid he’d slip.

I’m always surprised others feel as I do – afraid, nervous, insecure, vulnerable. I think I’m far too hard on myself sometimes. 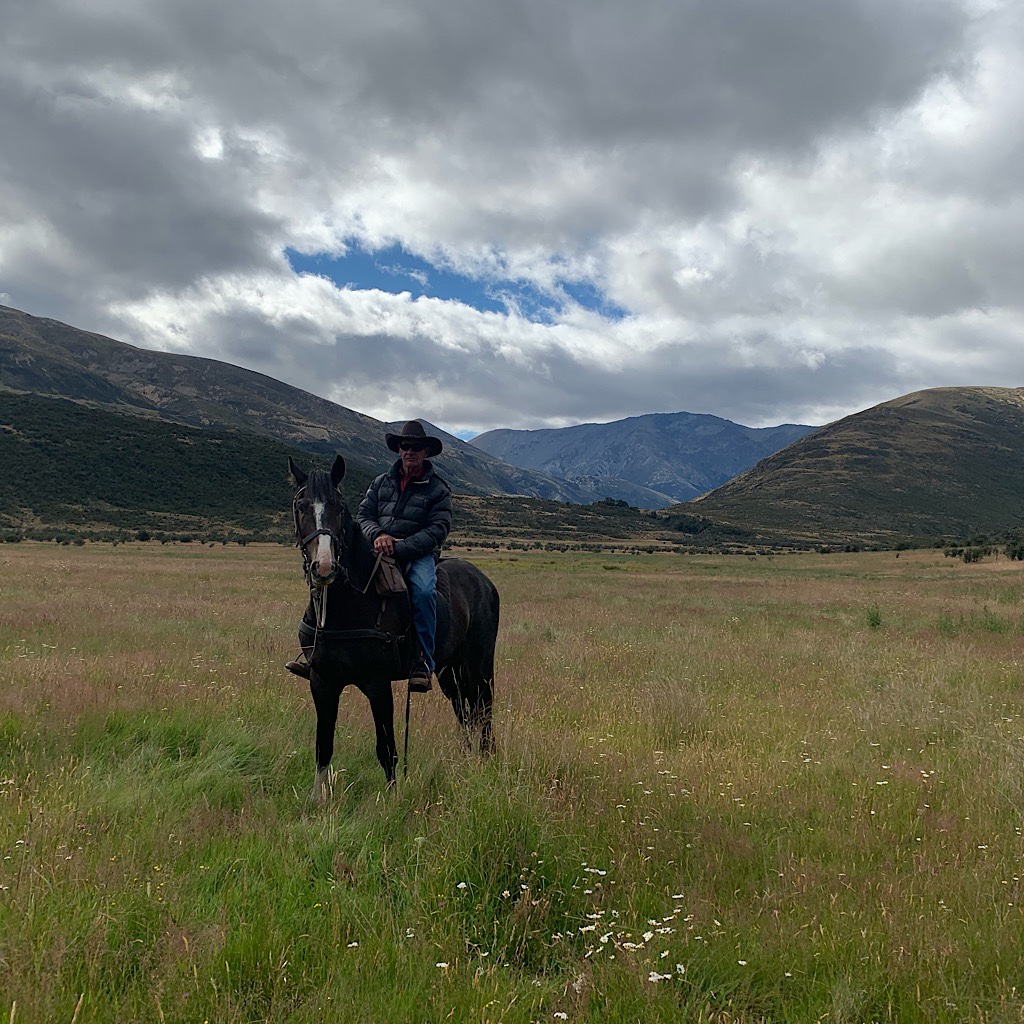 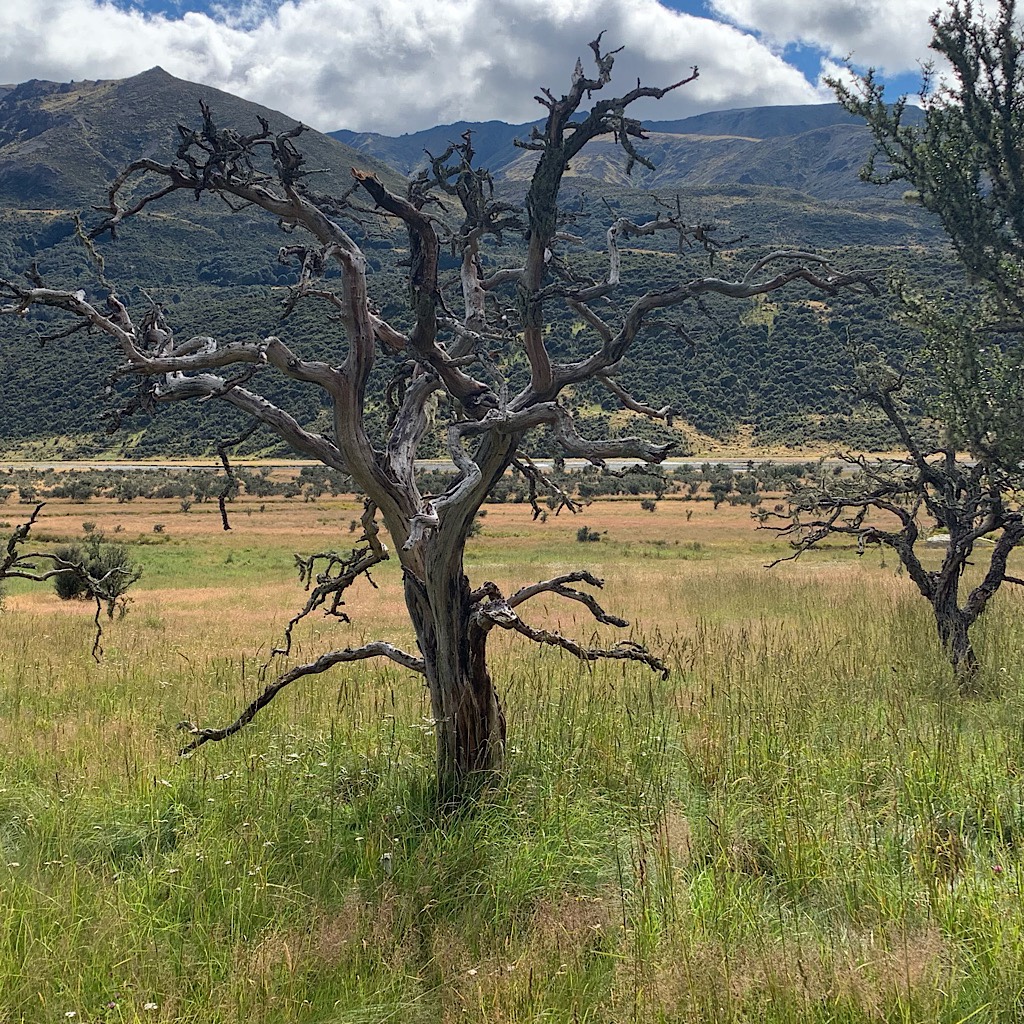 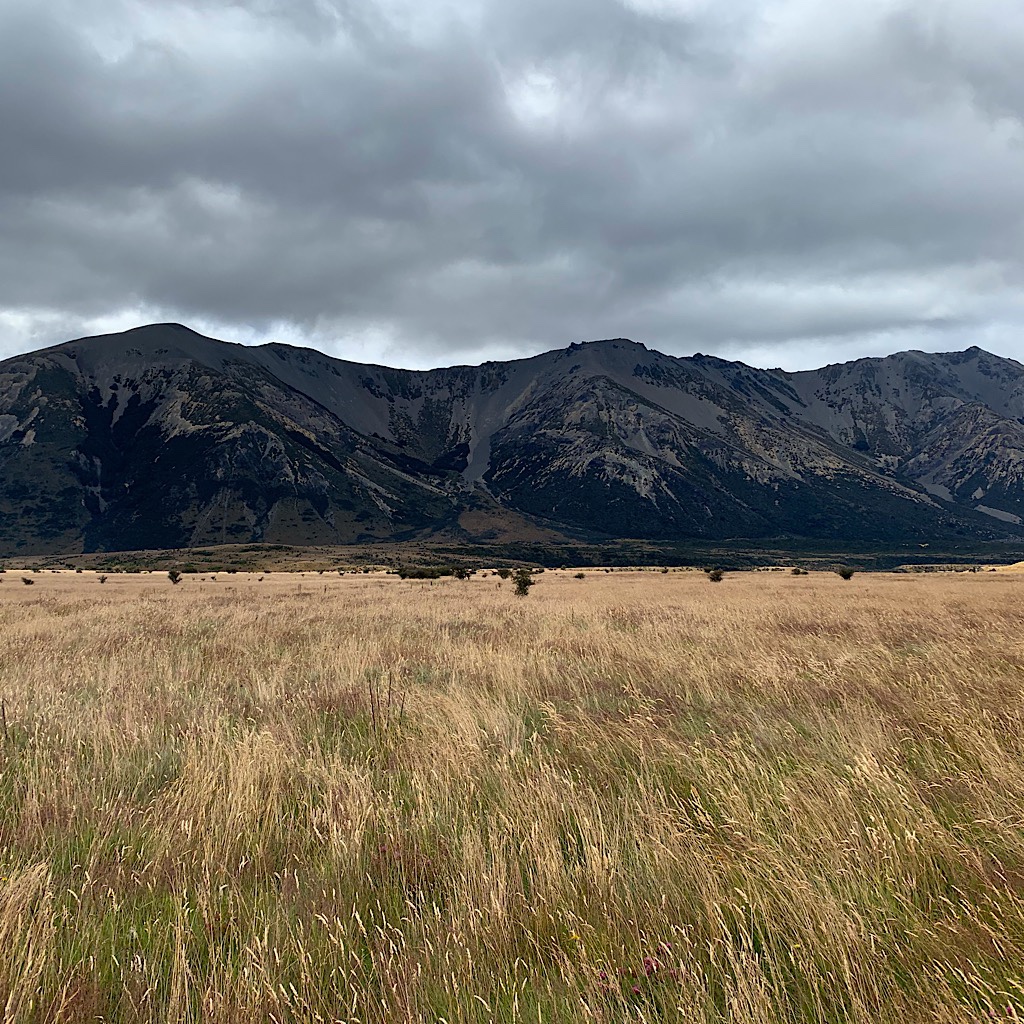 The trail does a small jog through forest before cruising on the wide meadow next to the river. Grasses in vermillion and saffron dance in the gusts; purple, pink, white and yellow flowers dot the fields. The sky is clear with cloud resting on the peaks.

On the north island, I had an intimate relationship with mud. On the south, it’s water with streams and rivers up to the knees crossed all day, no way to stay dry. Right around the time the sun peaks over the mountains, I cross 2,000 kilometers walked.

Yesterday, Russell tells us in his stentorian Kiwi, “Never say sorry.” He pulled us all together and had us look out for each other. He may mimic my singing ‘Oh, what a beautiful morning!’ changing the last line to ‘Alison is going away!’ but he cherishes us. 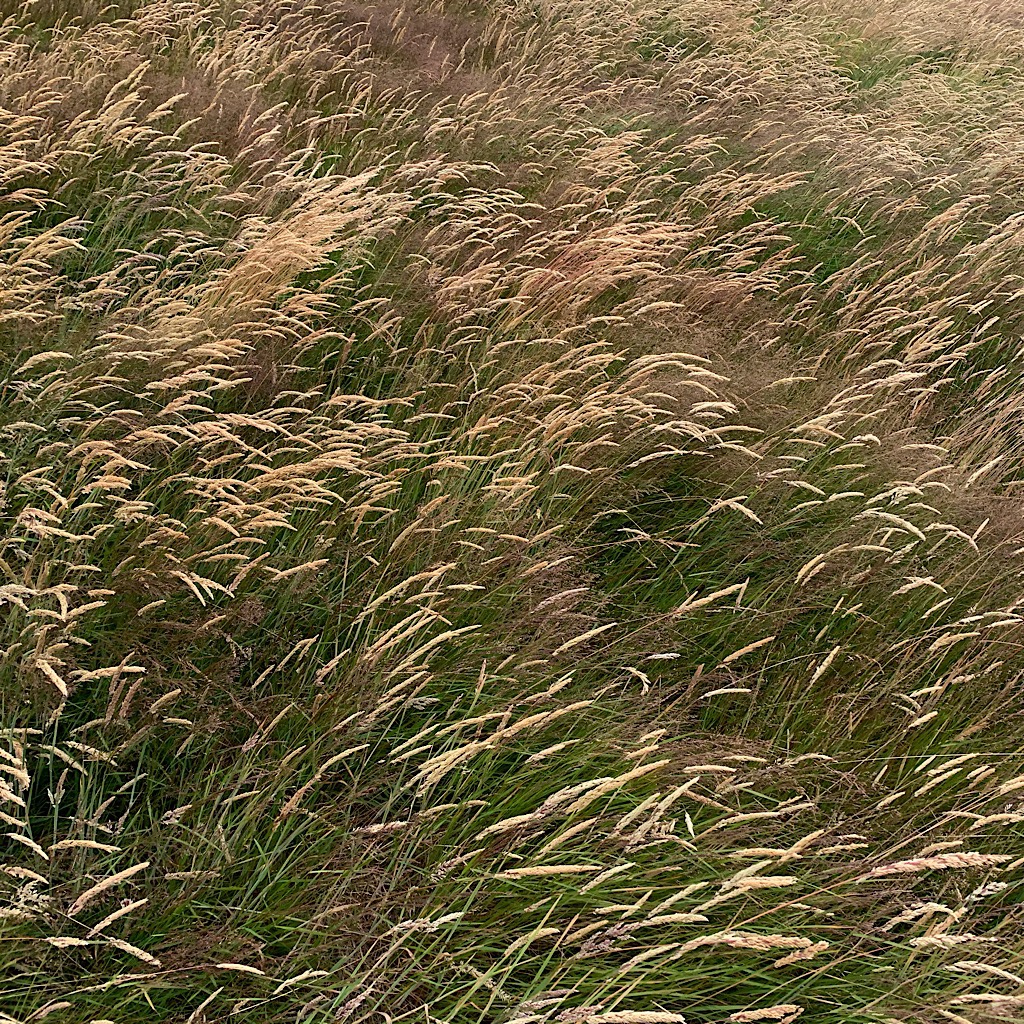 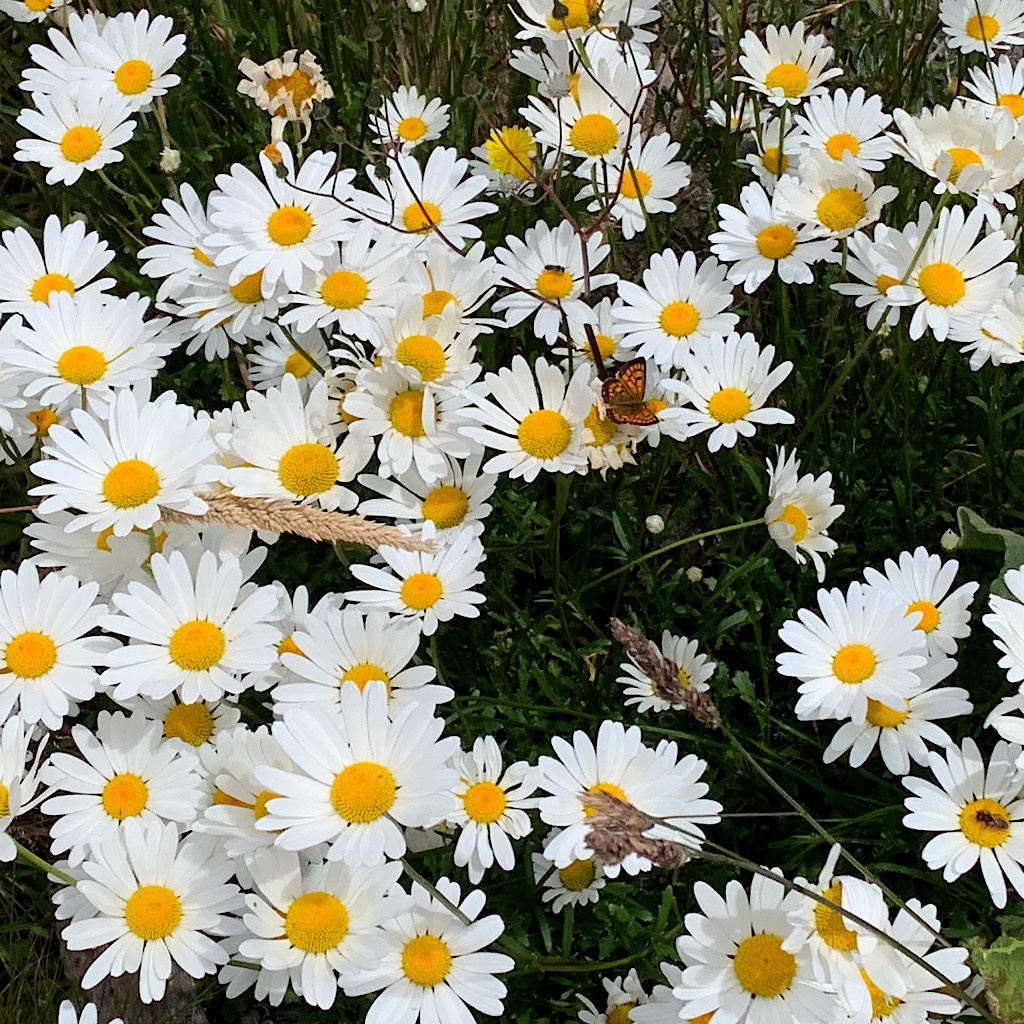 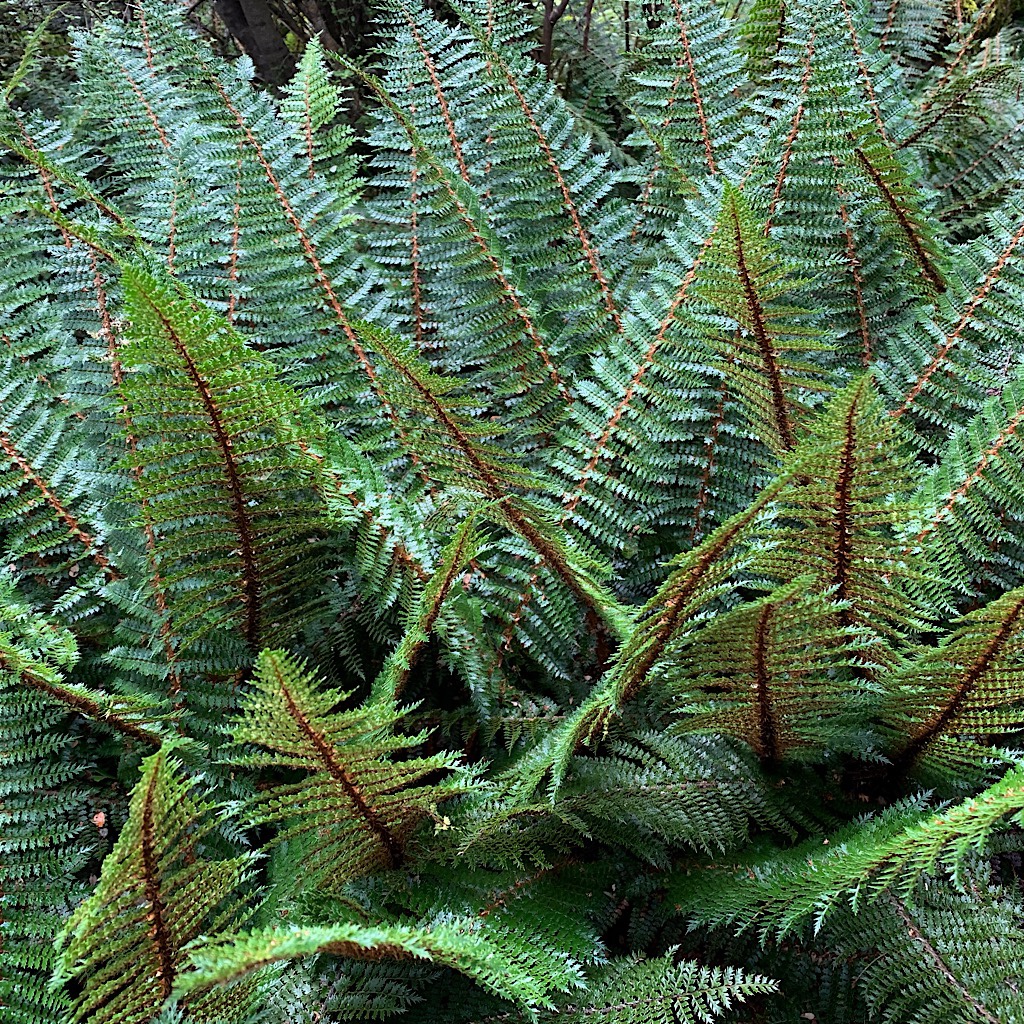 Will and I spoke about friendship and the competing needs to be alone and to be together. I came alone to hike, but the theme running through this entire adventure is the need to fit in, to belong and to be cared for. What amazes me is how people come in and out of the story, they appear just when they’re needed. I don’t know if I’ll ever see Will again as he’ll head back to Australia. Russell is purposely slowing down so he can meet his wife, so we likely won’t walk together on this trail, but they both touched me deeply – and helped me too. I am blessed, for sure.

Russell passes me as I stop for photos, making fun of how many selfies I take. Ahead, several men arrive on horseback and talk with him. Apparently they are bringing wild horses up the valley, preparing to sell them. We need to hide in the bush, which consists of thorny trees way off the trail.

I eat some meat, then nuts, chit-chat with Russell, sip some water and after about 45 minutes I grow impatient and start walking, thinking I can simply leap into the bush should they come stampeding around the corner. 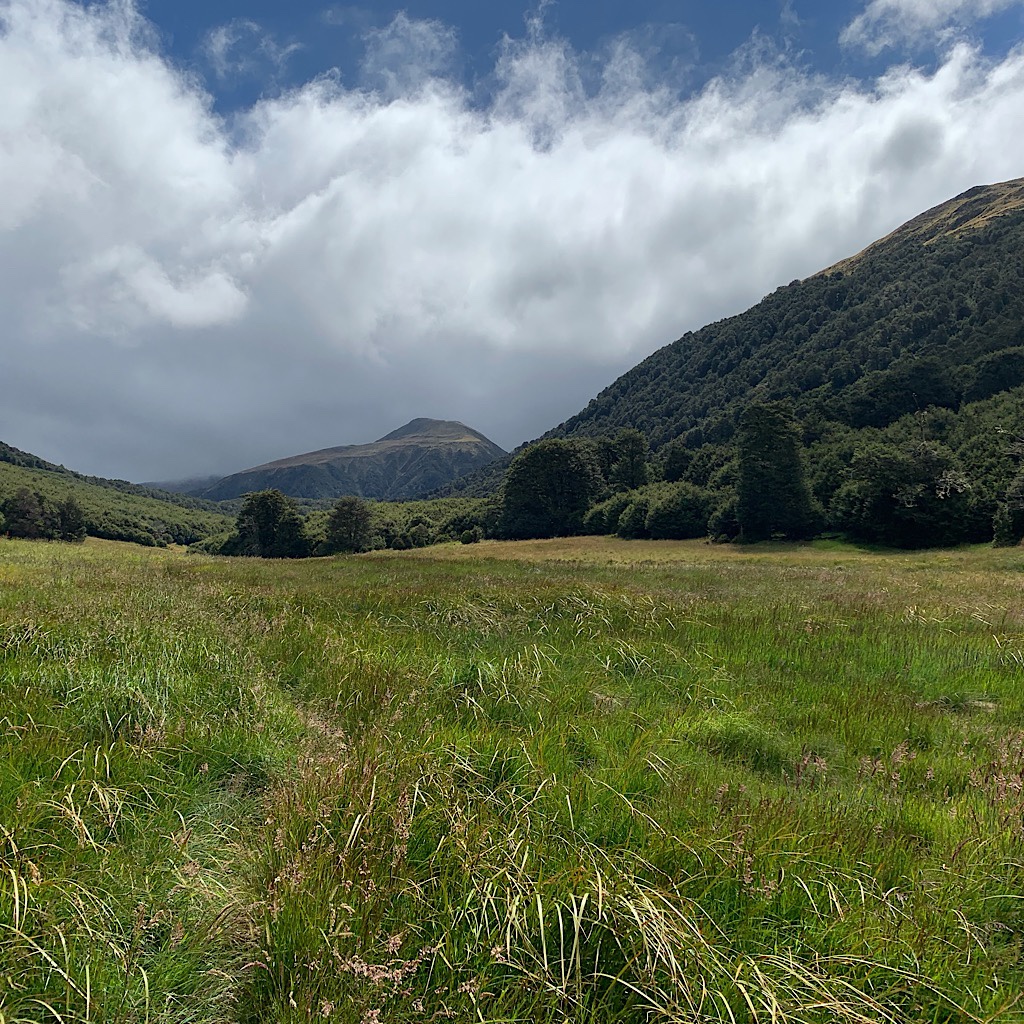 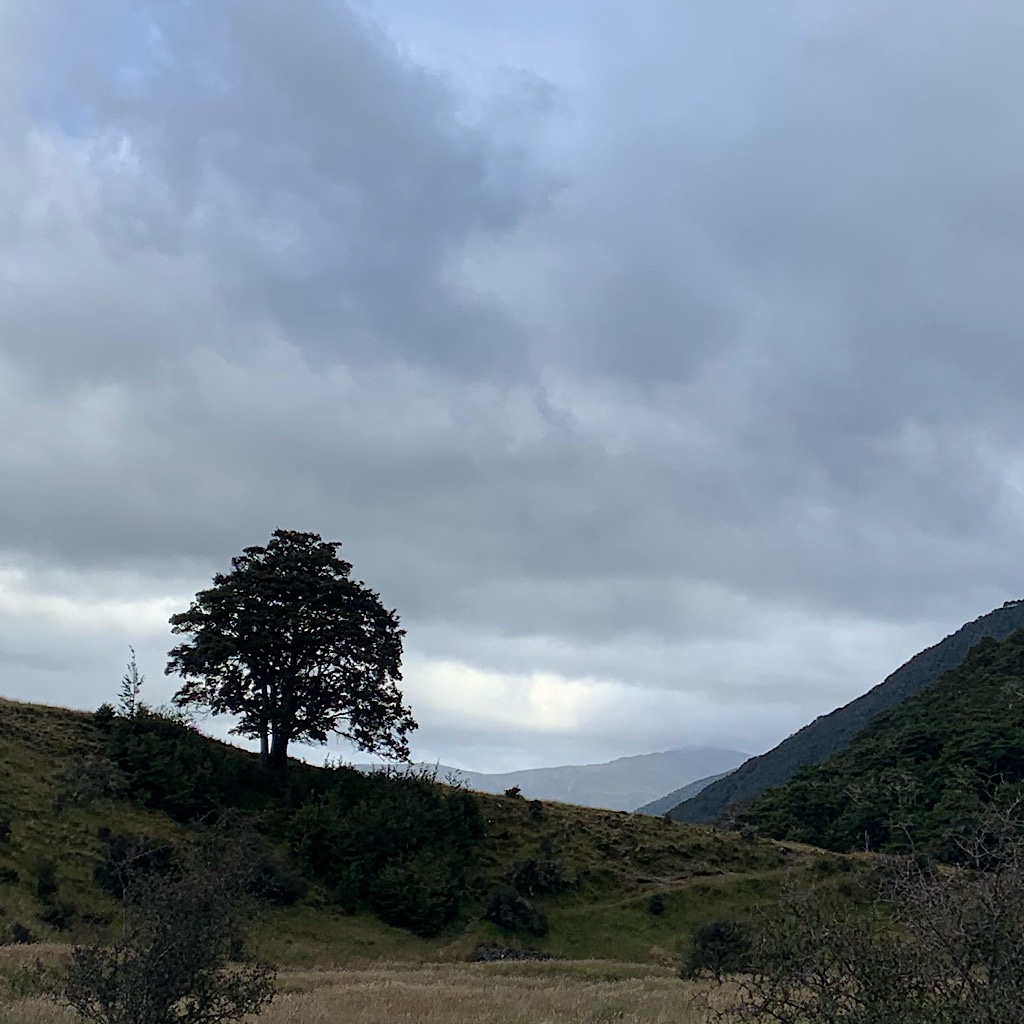 Not so simple, as the ground is lumpy with rocks, hidden holes and spiky plants. Just then, the horses come – twenty-one beautiful chestnut animals, black manes flying as they run in a pack – on the other side of the river about a mile away.

All clear to hike it would seem, so I march on in this lovely valley, some small side channels leading to snow capped mountains. The others catch up – Kuba found the gloves I left behind, a better bet than the pink dishwashing gloves they use in rain – and are also a bit confused about when to recommence walking after the horse stampede. But we just go, working our way toward Anne hut.

Will is far behind having asked to walk alone. He shares a book he’s reading that explores the idea of being called to adventure. Certainly true for me, this need to get out of my life briefly and see if I have it in me to walk a long trail. He tells me that we need to make decisions with compassion, for ourselves but also for others that we may hurt when needing to take care of ourselves. I ponder this on the long walk to the first hut, how I do what’s right for me and still act with grace and compassion. I have been called ‘selfish’ by many people and ‘uncompromising.’ I wonder if understanding why people would say that while holding on to my convictions is possible? 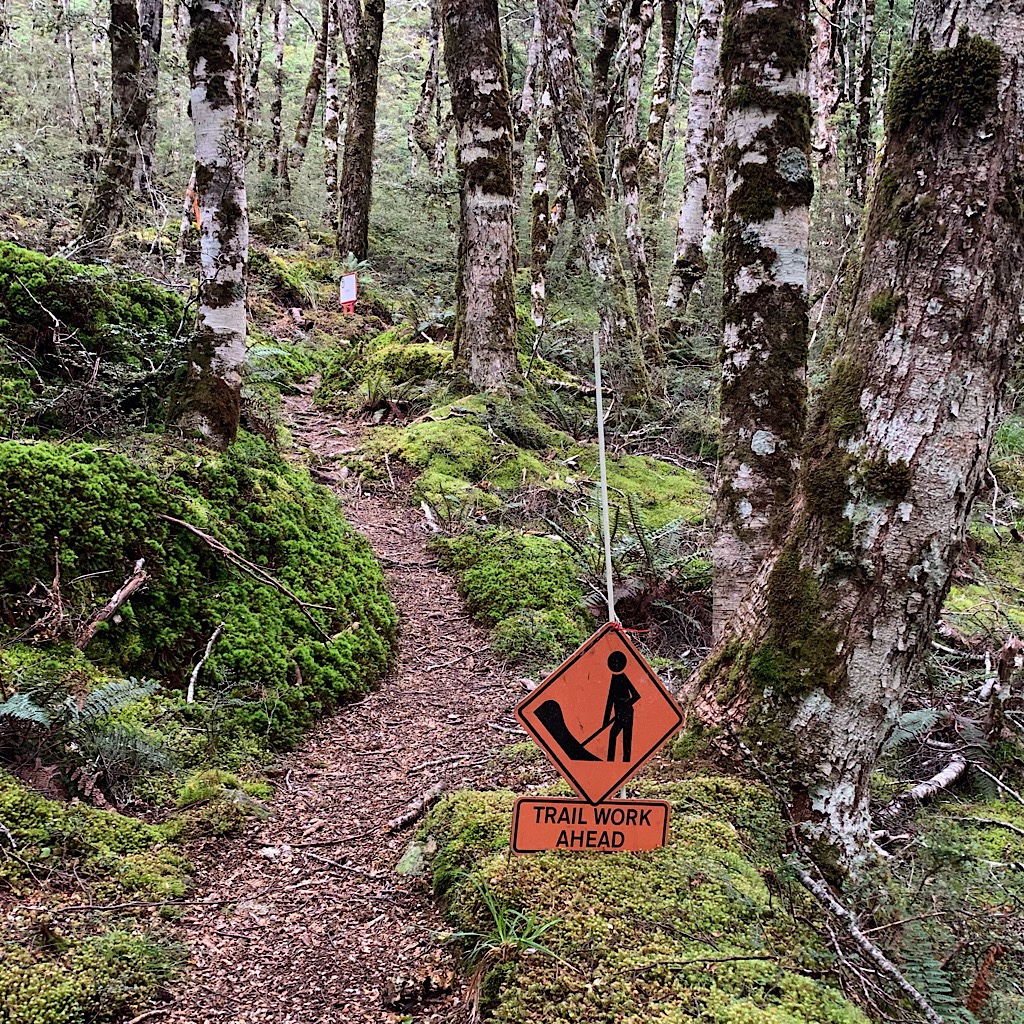 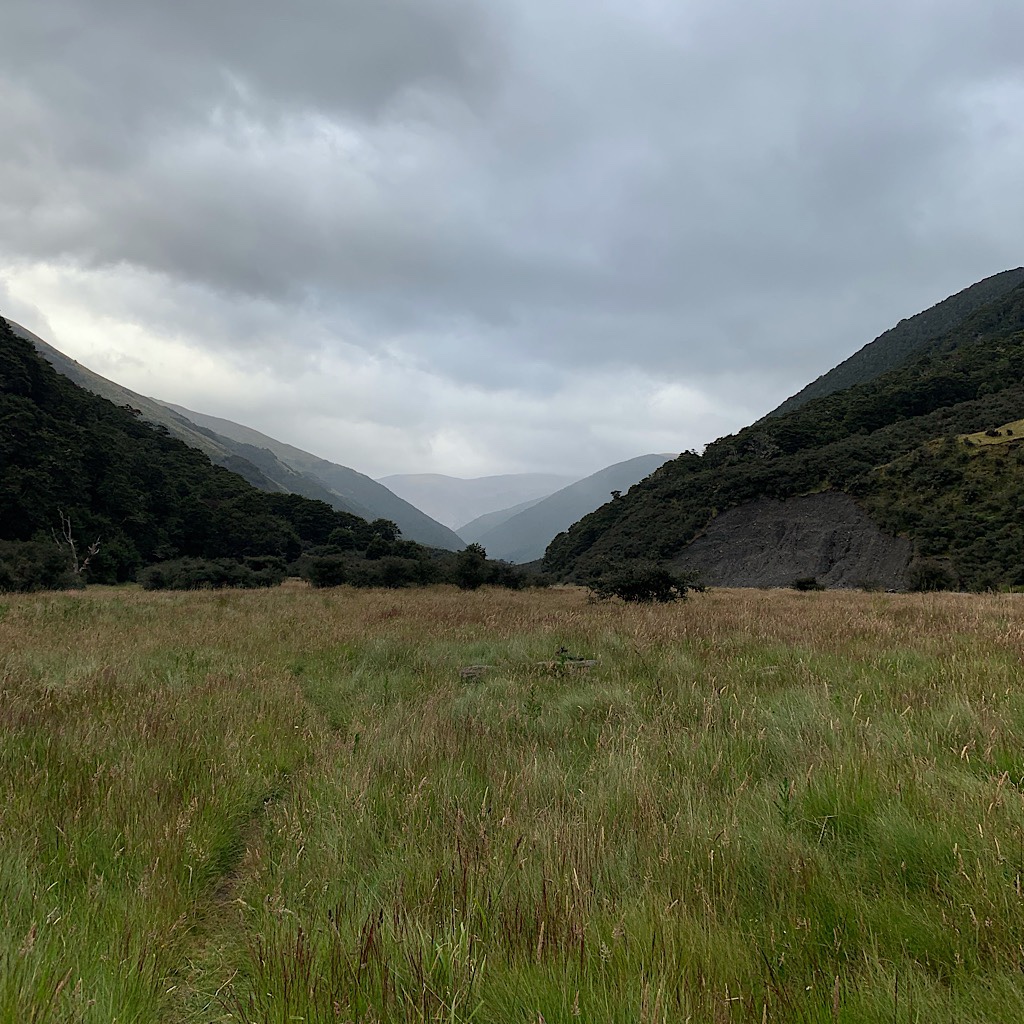 At Anne hut, the group assembles for lunch with a spectacular view. We laugh about the annoying dread-locked Canadian who acted like he owned the hut last night. Russell says he’s a man used to getting his way. Very true.

I give Russell my contact information and the five of us set off. I am slower, but Alex asks if I’ll be ok. He is sincere and asks twice. It makes me feel really good and I am definitely ok on this long, but easier, section.

The trail wanders up a new valley with the land folding over itself against the river. It reminds me of Tuolumne Meadows in Yosemite as the wind gusts and few sprinkles hit me from a sun shower. The ever-present beech – this time a varietal with a white-gray trunk, fanning branches, and tiny, waxy leaves – seem to be sculpted by a Bonsai master, each arm gently holding up its greenery like a tray of delicacies.

I cross the gentle saddle and plunge down into a new valley with the Boyle river to my right. Here, I take a wrong turn onto the horse path and wade through North Island-esque mud, a too-clean hiker pointing out my mistake at the junction.

I drop into more meadows and tree covered dams before finally reaching a swing bridge over to a large hut. There’s just enough daylight and energy for dinner, conversation about the coming days’ plans and washing up as fast as possible to avoid nasty bites by the swarming sandflies before I tuck into my bag on the upper bunk, Alex already breathing deeply next to me.

A short walk tomorrow and more adventures awaiting. I’ll sleep thinking of the contrasts in terrain from dangerous rocky pass to smooth, cruising meadow as well as walking as a group and spending most of today alone with my thoughts and the rhythm of my footsteps.