A man told me that for a woman, I was very opinionated. I said, ‘For a man, you’re kind of ignorant.’ – Anne Hathaway 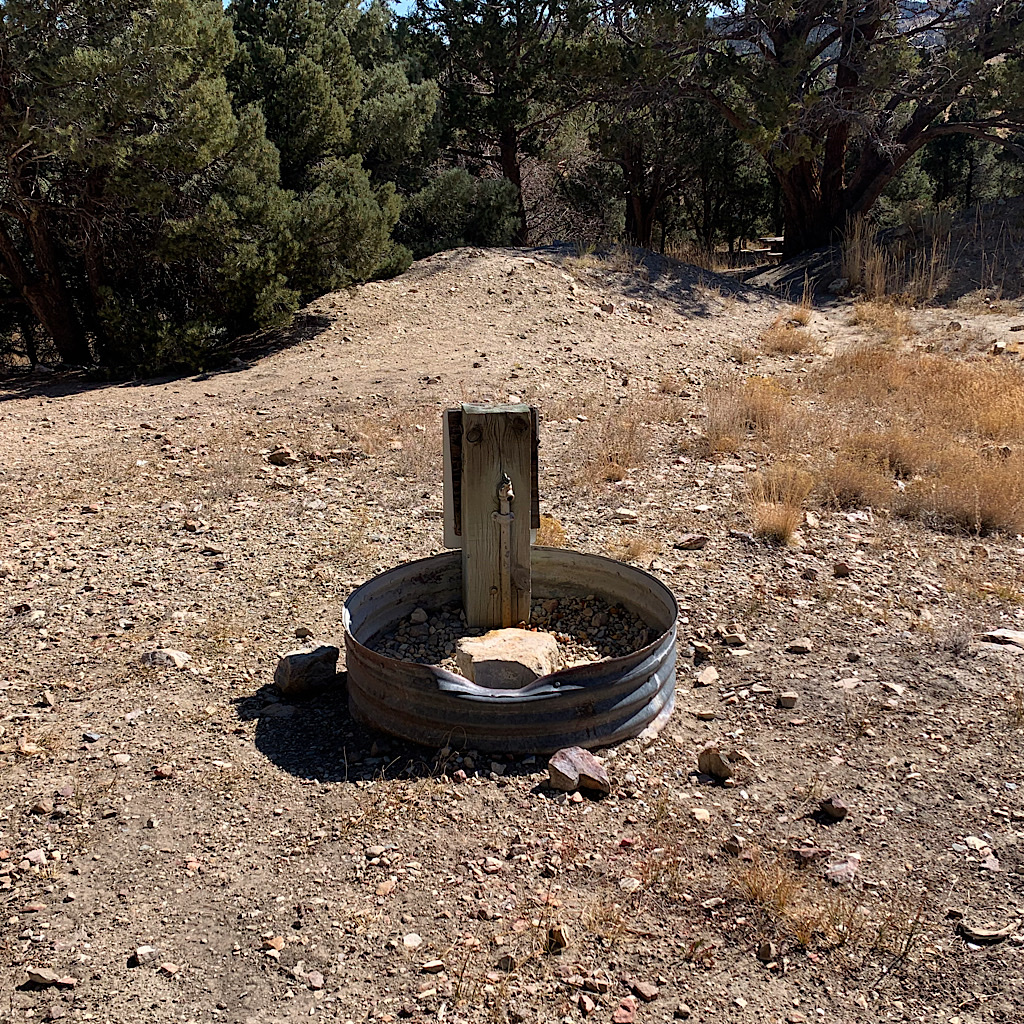 A bed, a shower, loads of coffee and a comfy chair are all taken advantage of before trail angel ‘Papa Smurf’ comes to pick us up to return to the trail up bumpy Van Dusen Road. I suggested Ted practice loading his pack last night so he could move a bit faster in the morning, though honestly it was to help calm his nerves which were threatening to take over. His gear is hardly ultralite, but everything fits and it really doesn’t weigh all that much.

It’s clear and beautiful but noticeably colder. I shiver a bit, but decide not to put on my orange puffy and simply keep moving. But moving does not happen immediately since Ted’s waist belt buckle snaps the minute we arrive. I figure we can make it work aa Smurf drives away in a cloud of dust. I have no cell service to bring him back and we’re all alone out here faffing about trying to tie the busted belt.

To his credit, Ted’s a good sport not really wanting to waste a day driving back into town looking for a buckle. So we’re off on an easy uphill grade, looking down on the road we drove in on before we break away over the ridge. A new fire is raging in west Los Angeles this morning, but far from us. The air here is clear except for some dust over the desert just coming into view. As we contour high above, the trail changes to rocks, so much harder to walk on. A section hiker approaches having started at my southern end-point in Campo. He exudes a joyful demeanor, excited for a particular ancient pine he’ll see in the coming days. He makes us smile. 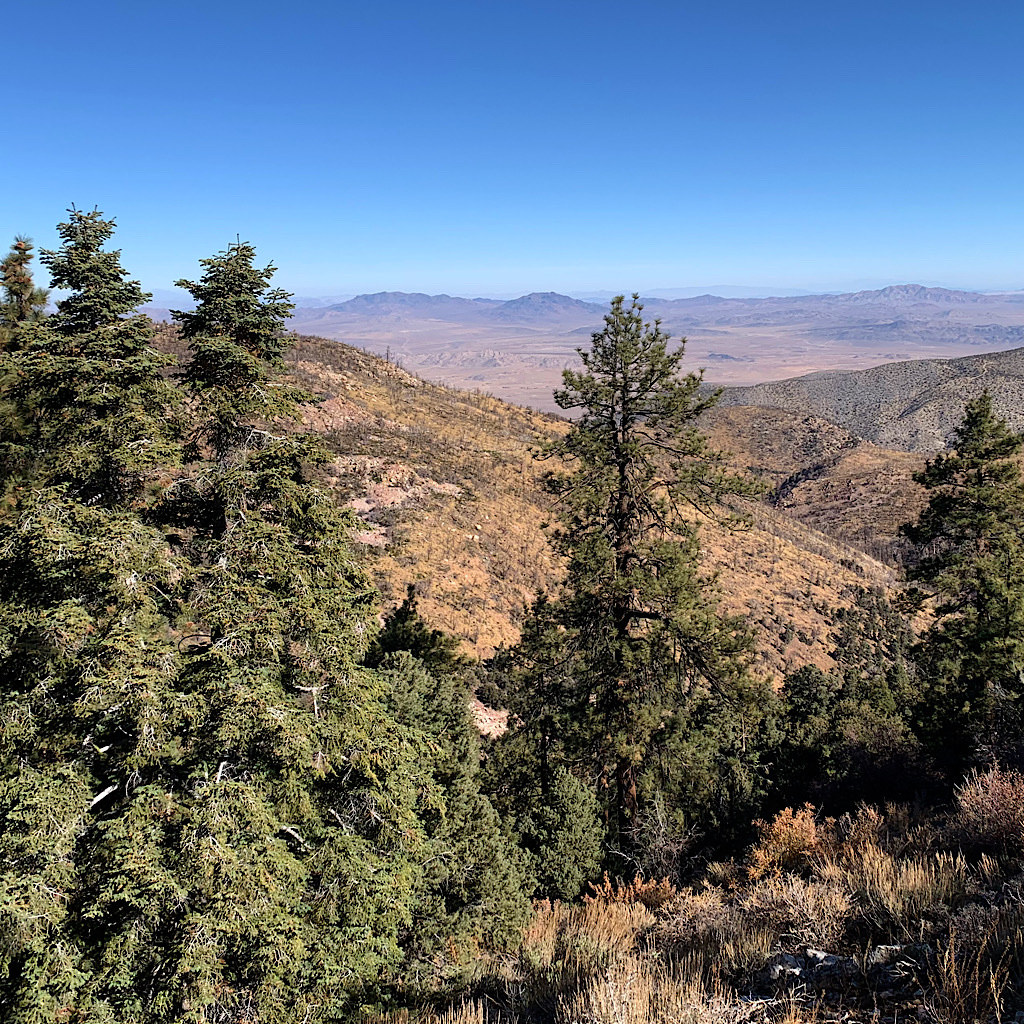 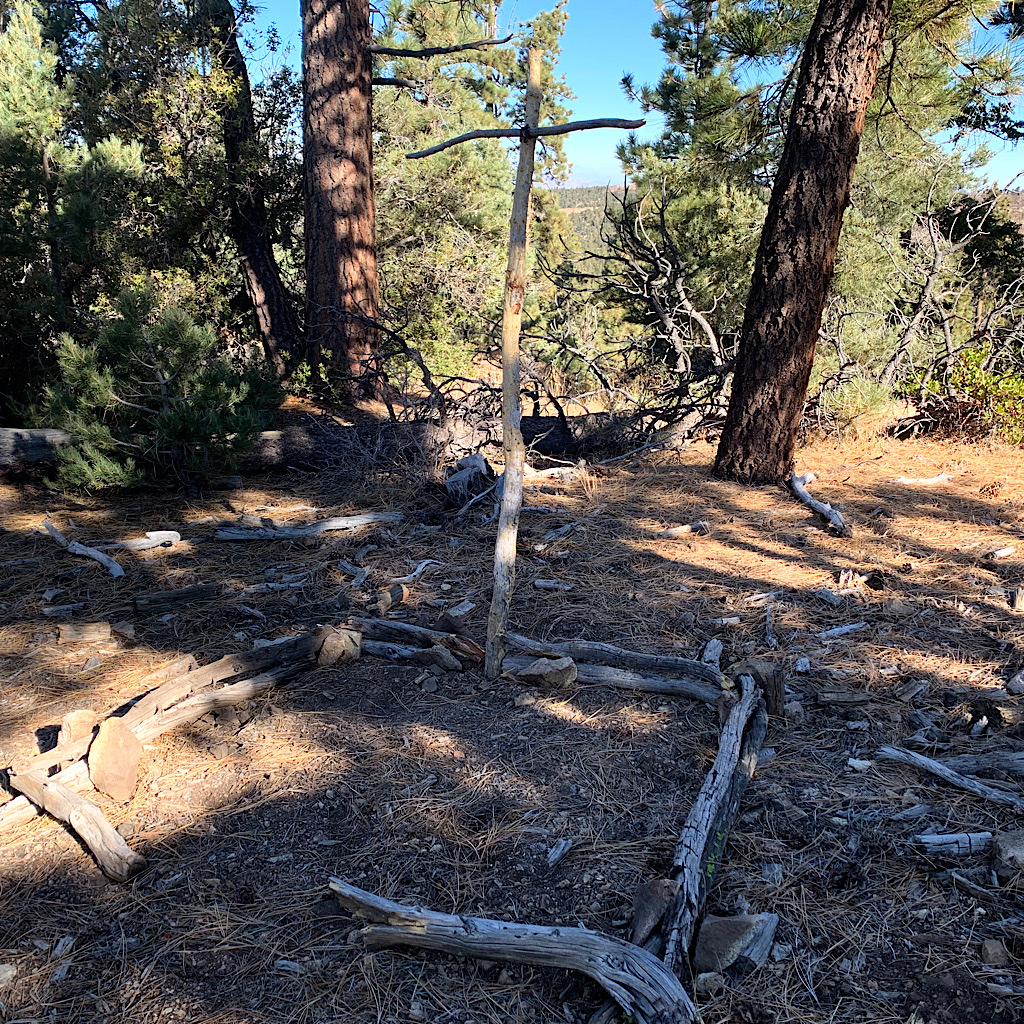 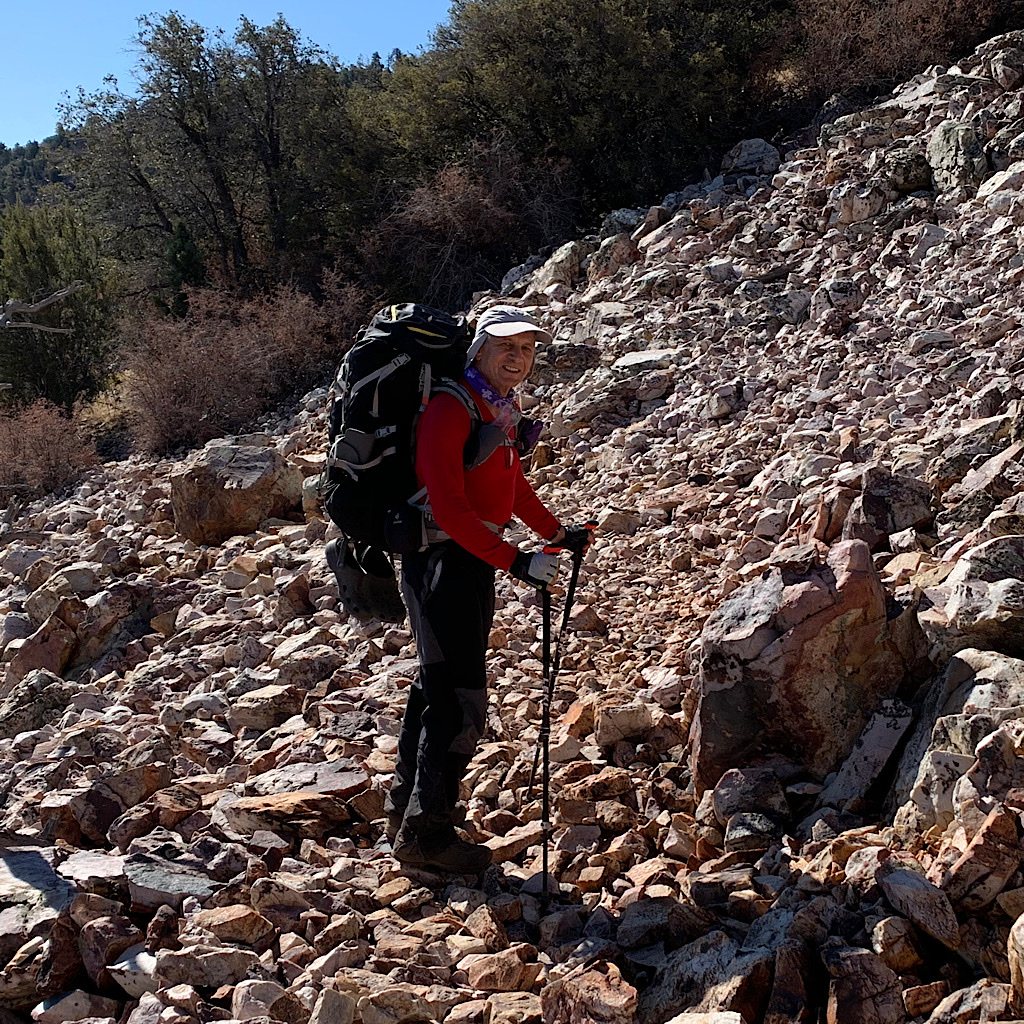 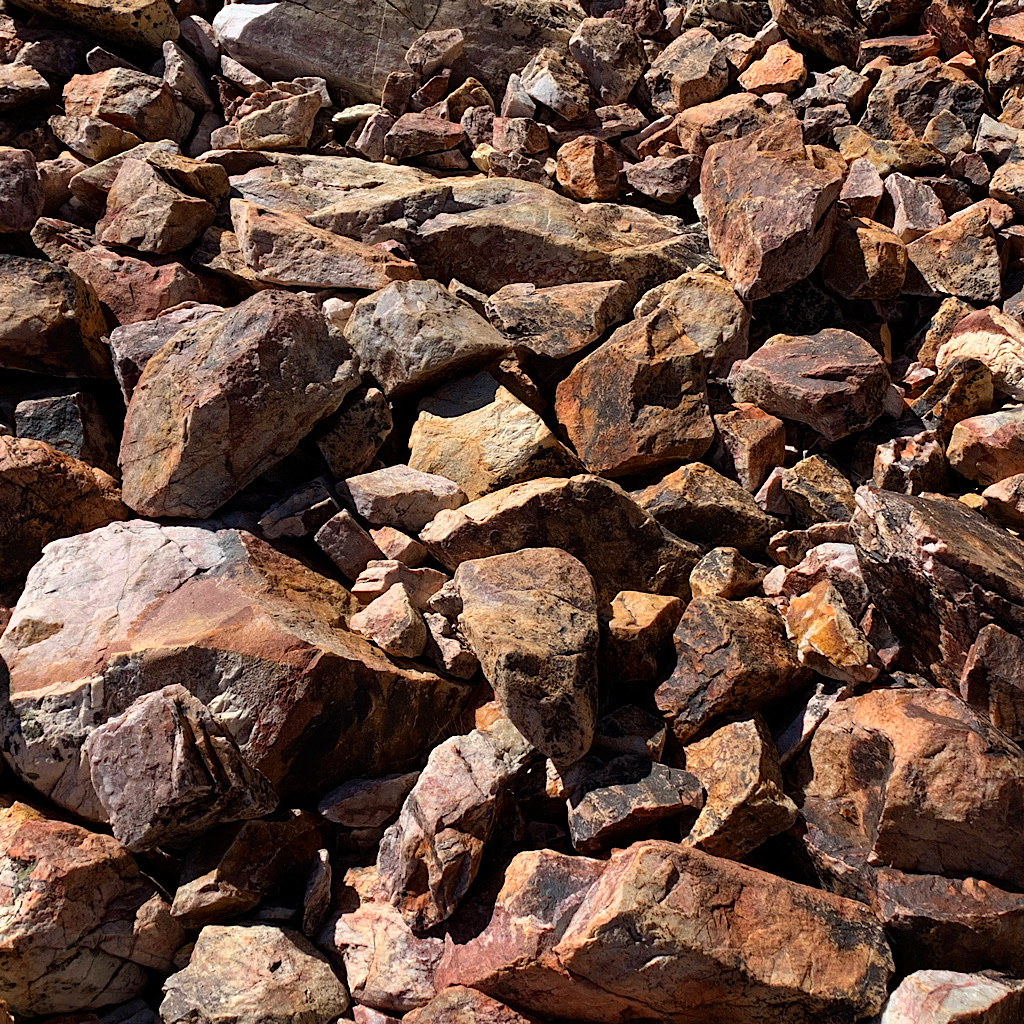 I love the contrast of pines here with cactus and scrubby desert plants. The fir with heavy sap I first saw near Walker Pass is back, along with Ponderosa and Prickly Pear. The trail reverts to needle carpet, then dust then back to rock as we arrive at Doble campground. All a blissful hiker needs is here – toilet, picnic table and a faucet filling my liter bottle drip by drip over 120 seconds. Joshua Trees return too, Marge Simpson-style all the way up to multi-armed giants. Birds flit from the tippy-top of trees to another, singing then watching curiously as I sing back.

We cross a highway which our section hiker friend told us is the 10% mark. That means I have walked 90% of the trail. It’s an escape point in case Ted’s cranky ankle says enough, but we decide to push a little harder to get to a camp spot near the next water. It makes for a big first day for him, but he’s an ultra-marathoner and only just returned from climbing a peak in Central Asia. Older than me, but strong and not a complainer. We walk steady, but not fast, and frankly I’m happy with that feeling tired and wanting to savor my final miles.

I find a gnarly old log to sit on for a second break. A woman dressed in a bright pink shirt with long hair rides past us on a white horse, amazed I’ve walked so far. Ted uses his belt to cinch his backpack’s waistbelt, an ingenious solution and one that keeps us moving along. We are carrying a lot of water, but I am not certain we’ll make it to our intended destination and trying to be safe. As we eat and drink, the packs will get lighter, I tell myself as I wobble along. 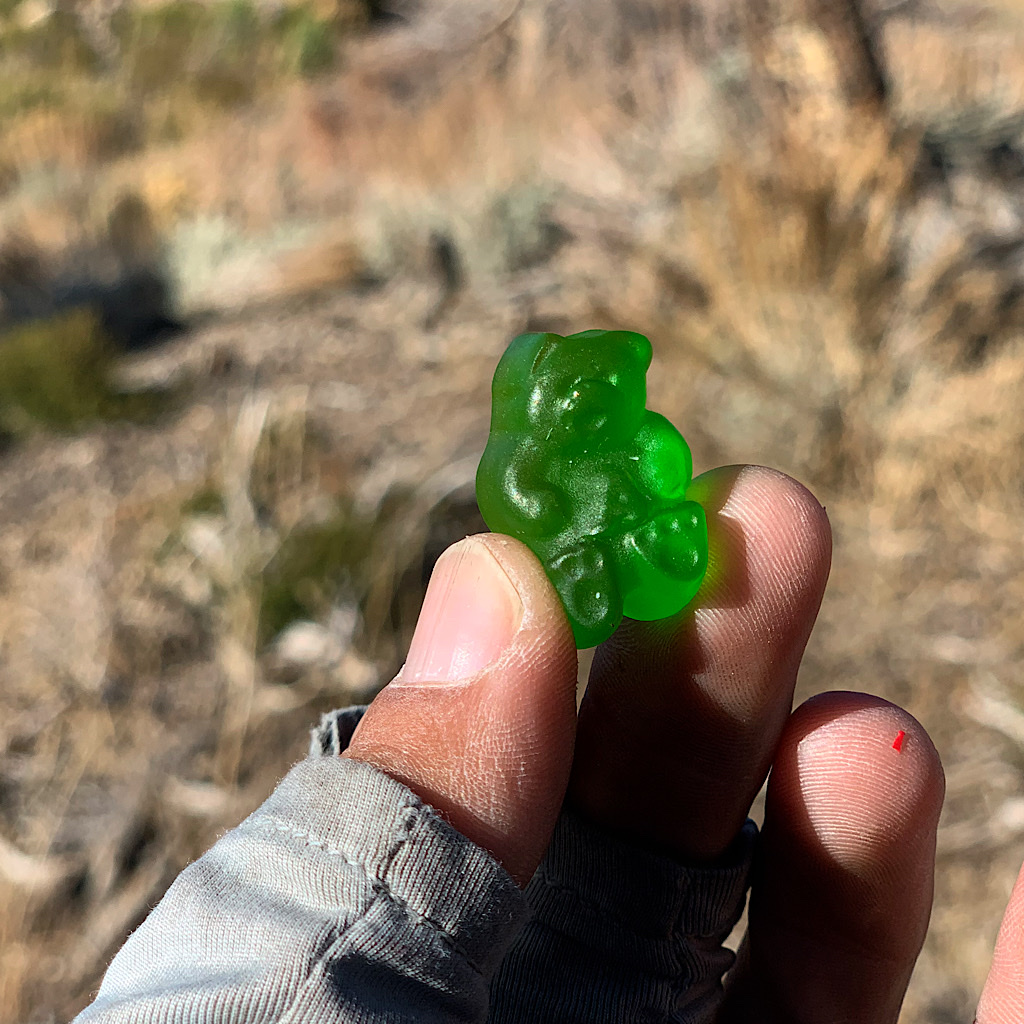 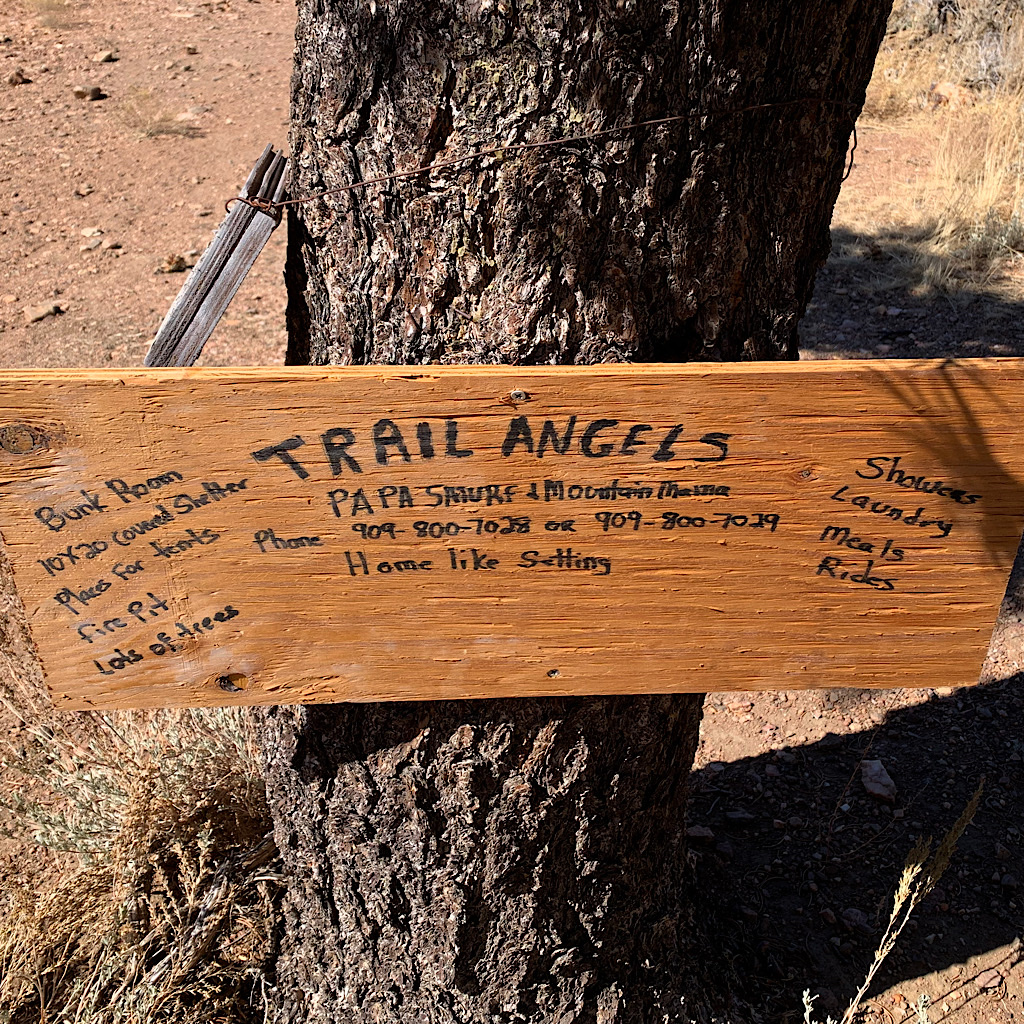 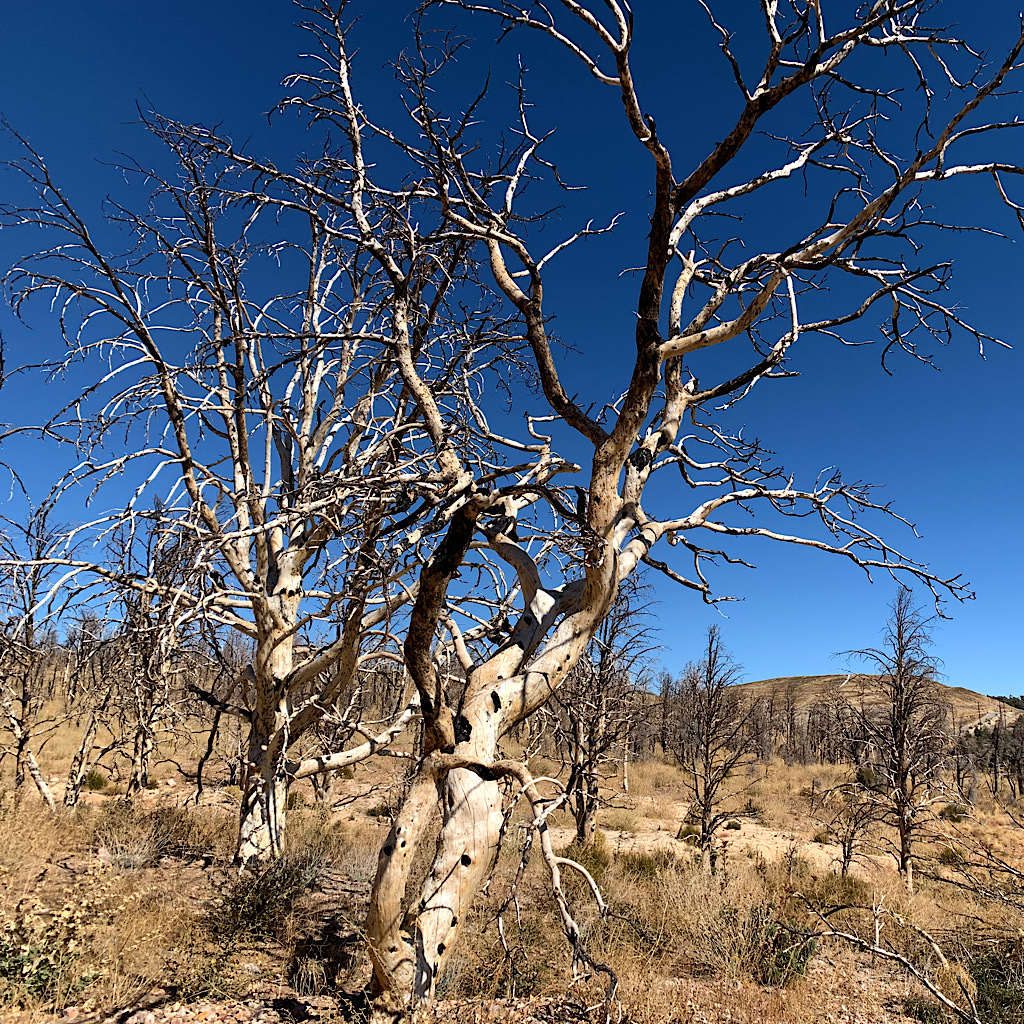 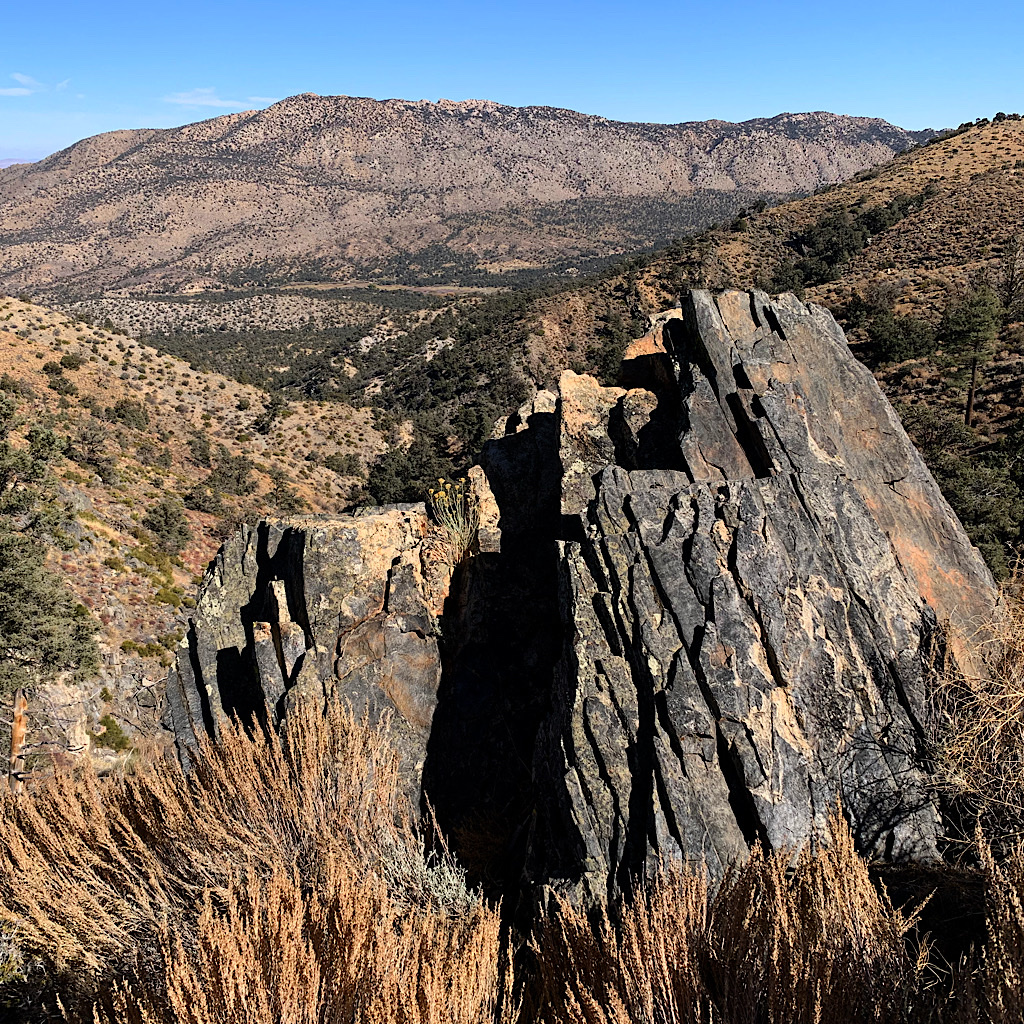 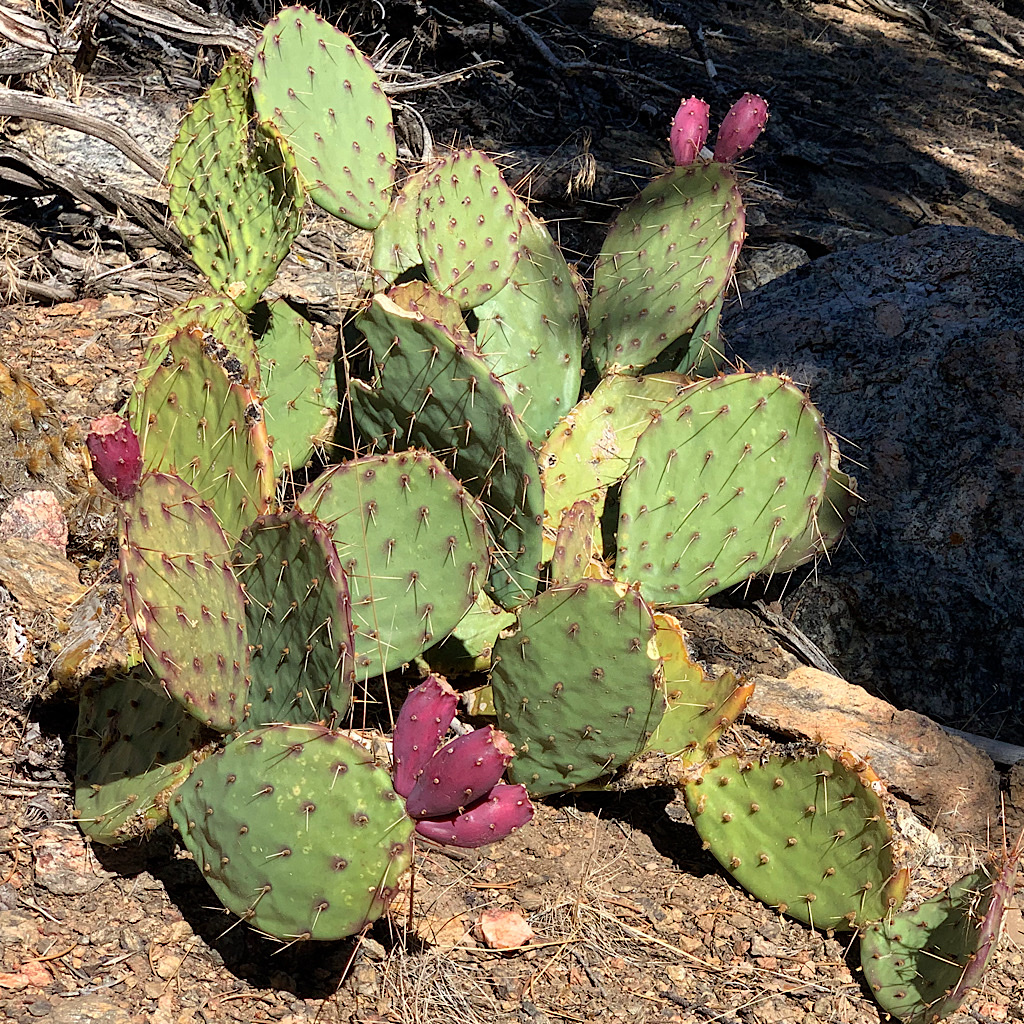 The trail opens out with the mountain rolling away, pines making it look as though we’re in the Appalachians – but only if we ignore the desert in the distance. Then we plunge into a narrow canyon, skipping spring #1 deep inside. It’s steep up the narrow path, water crossing the trail, but I keep moving to a spring that’s said to fall in an easy-to-collect cascade.

The sun sets behind the mountain and it begins to get cold just as I find it. I filter water to fill 6 1//2 liters before we climb a bit more and find a flat spot. Everything is in fast motion now as darkness descends. Ted brought a pile of camp dinners and it’s angel hair pasta and mushroom Alfredo for me, beef bourgogne for him, then a soupy chocolate mousse before diving into Big Greenie, warm and cozy awaiting a deep sleep after another glorious day of walking, and sharing it with a friend who I have hiked with for years since we met at the top of Vernal Falls starting the John Muir Trail in Yosemite. It changes the dynamic, but at the end when I’m getting worn out, I’m ready for a change and to see this experience with new eyes.